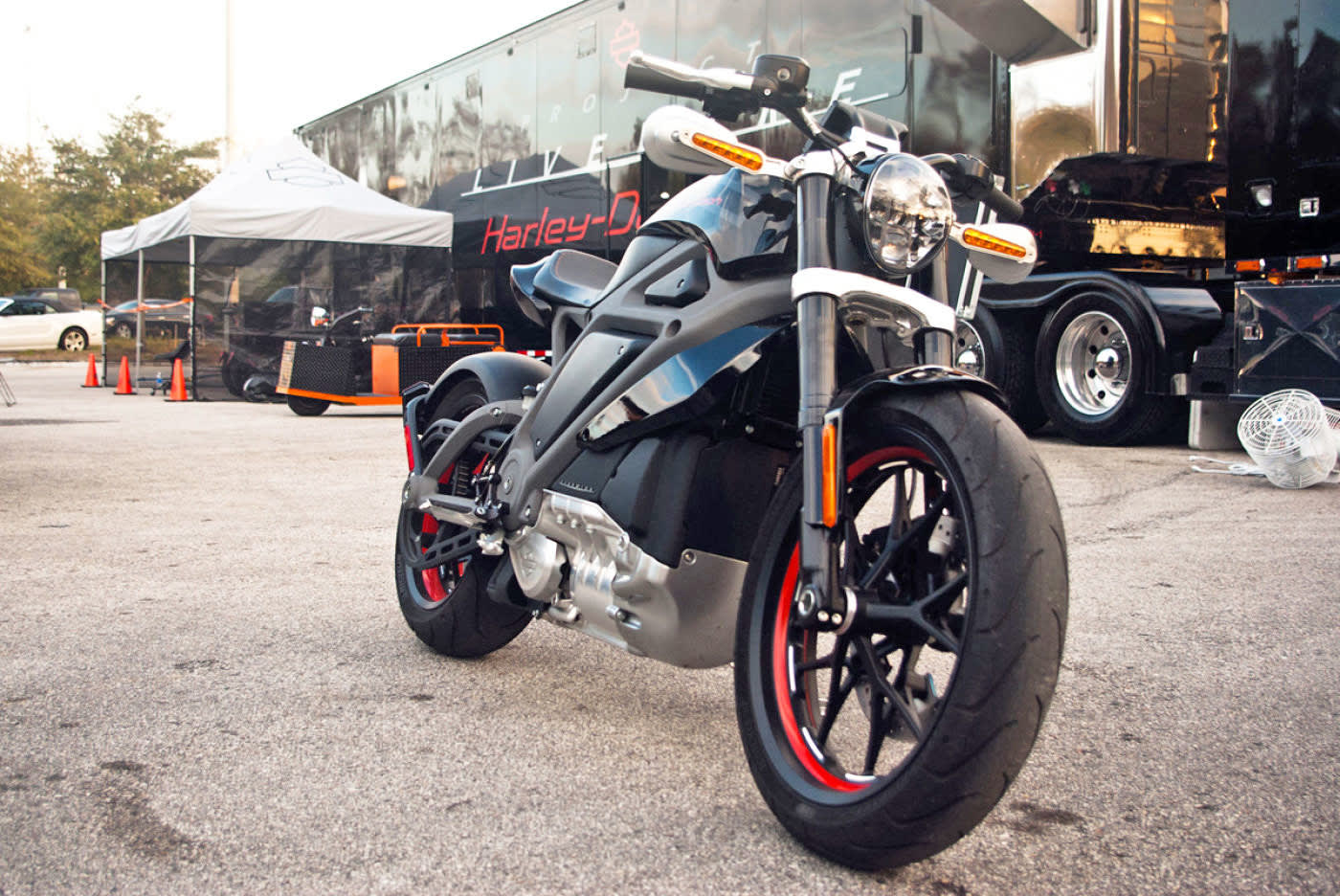 Bikers interested in going green have reason to rejoice today. Harley-Davidson has already shown off its prototype Livewire electric bike, and it's promised to offer you a real one in the next five years. Today, the motorcycle manufacturer said it has plans to make 100 new motorcycles over the next 10 years, including an entire range of electric vehicles.

Vice president Bill Davidson confirmed that electric bikes are Harley-Davidson's future to Drive magazine while in Sydney to celebrate the brand's 100th anniversary in Australia. While an electric Harley won't have the signature engine boom that its combustion-powered bikes have, Davidson said that the company is working on a sound that he likens to a jet engine. "It is an amazing motorcycle," he told Drive. "While it doesn't have a 45-degree, pushrod twin-cylinder engine it has the performance expected from a Harley Davidson even if it won't sound the same," he said.

So far, we've only seen the one Livewire concept model with a limited top speed and range, it's likely thHarleyely-Davidson will create both sport and cruiser-style bikes to appeal to both the speed freaks and the touring bikers. Davidson noted that as automated cars become more ubiquitous, driving enthusiasts may turn to motorcycles to get their manual fix, telling Drive, "I think the more automatic cars [happen], motorcycling will become more appealing. I see it as a huge opportunity."

Via: Autoblog
Source: Drive
In this article: applenews, bike, electric, electricvehicle, gear, harley, harley-davidson, livewire, motorcycle, tomorrow, transportation
All products recommended by Engadget are selected by our editorial team, independent of our parent company. Some of our stories include affiliate links. If you buy something through one of these links, we may earn an affiliate commission.