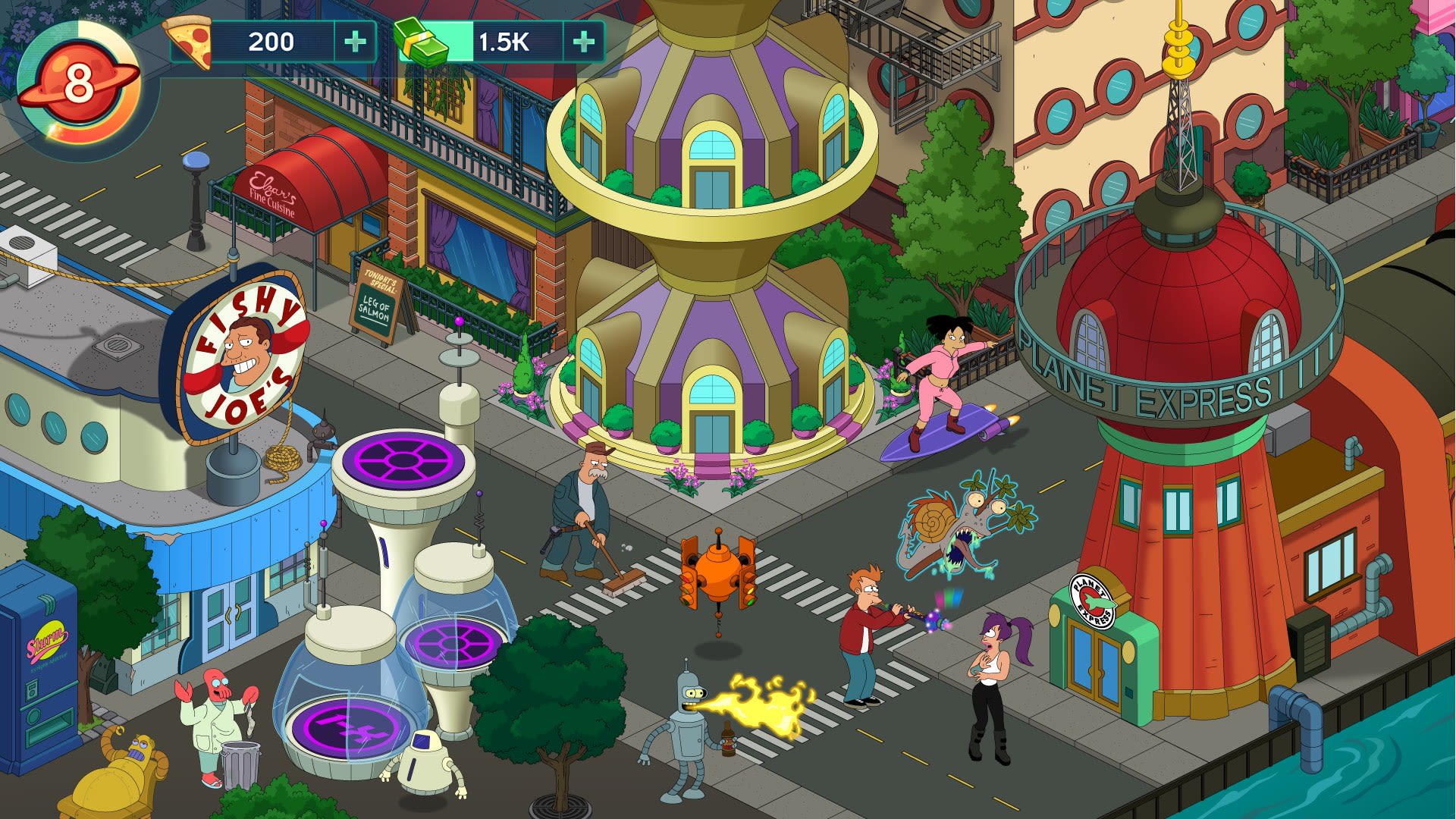 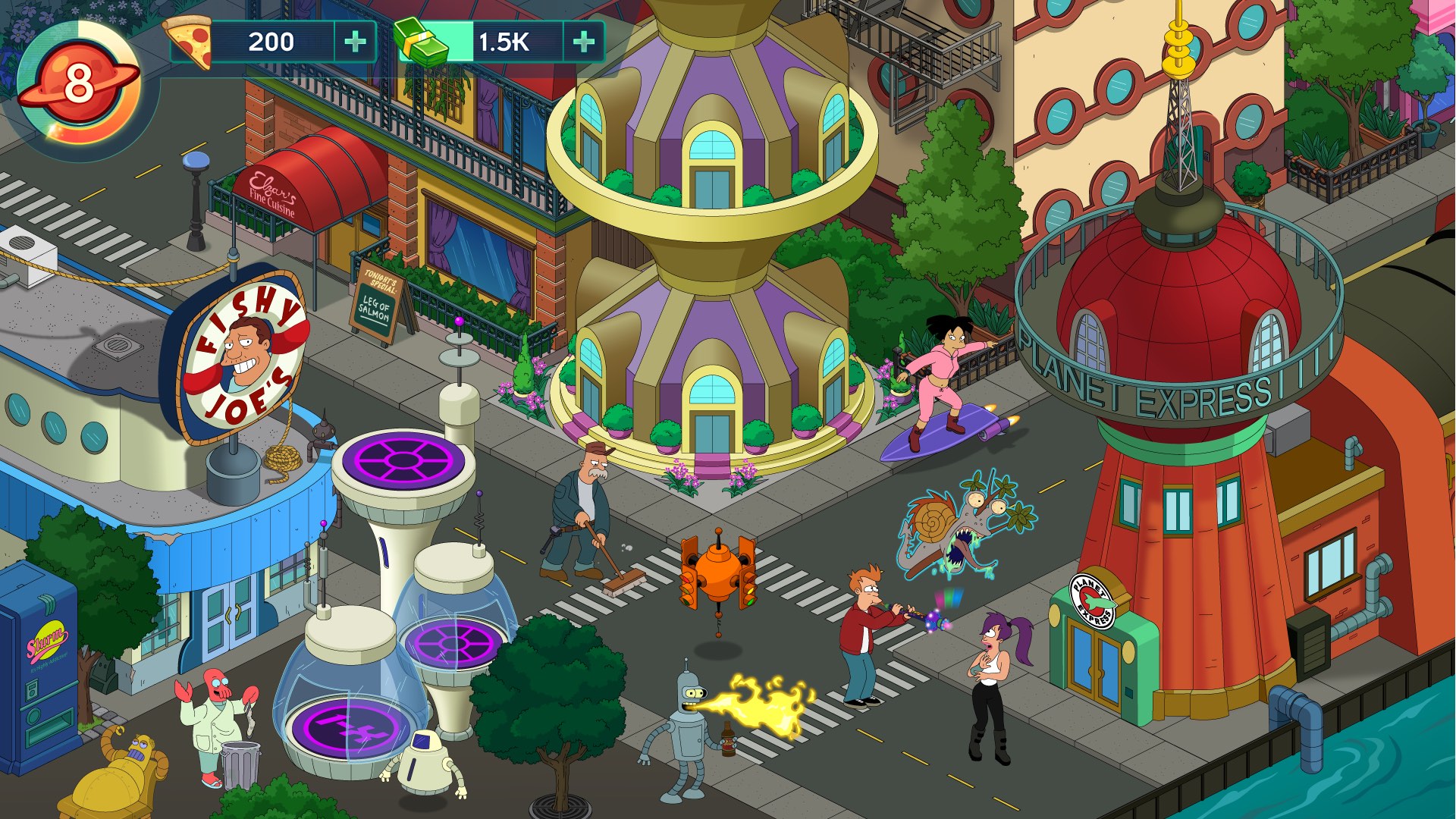 I have something important to tell you: There's video proof of the latest Futurama game in development. Executive producer and series creator Matt Groening is involved, as is executive producer David X. Cohen. Futurama: Worlds of Tomorrow is "coming soon" to mobile platforms including Android and iOS. "[It] will blend simulation, combat, galactic exploration, and choose-your-own-adventure mechanics together to bring the escapades of the Planet Express crew to life," according to a press release. That's a tall order for a mobile game.

The statement further says that recruiting favorite characters, doing story-driven quests and playing the simulation aspects takes place in New New York. When you head to the stars, things take a turn.

"While traversing the depths of space, players will fight alien enemies in retro arcade-style combat, rendered in beautiful 16-bit graphics, and explore strange lands in which their choices determine their fate."

Unlike big-budget console-and-PC titles, a good mobile game tends to focus on making one or two mechanics the best they can be, so this seems like an incredibly ambitious project.

Aside from watching reruns or binging through the series for the umpteenth time on Blu-ray and DVD, though, Futurama fans haven't had much to keep them busy. And they especially haven't had anything new to occupy their time since the show went off the air in 2013. For their sake, hopefully this isn't just a free-to-play cash grab rife with a mish-mash of half-baked ideas and in-app purchases.

If you're itching for Worlds of Tomorrow to just shut up and take your money, there's a sign-up page so you can get an alert when the game is available.

In this article: android, applenews, davidxcohen, f2p, freetoplay, futurama, futuramaworldsoftomorrow, gaming, ios, mattgroening, mobile, video
All products recommended by Engadget are selected by our editorial team, independent of our parent company. Some of our stories include affiliate links. If you buy something through one of these links, we may earn an affiliate commission.