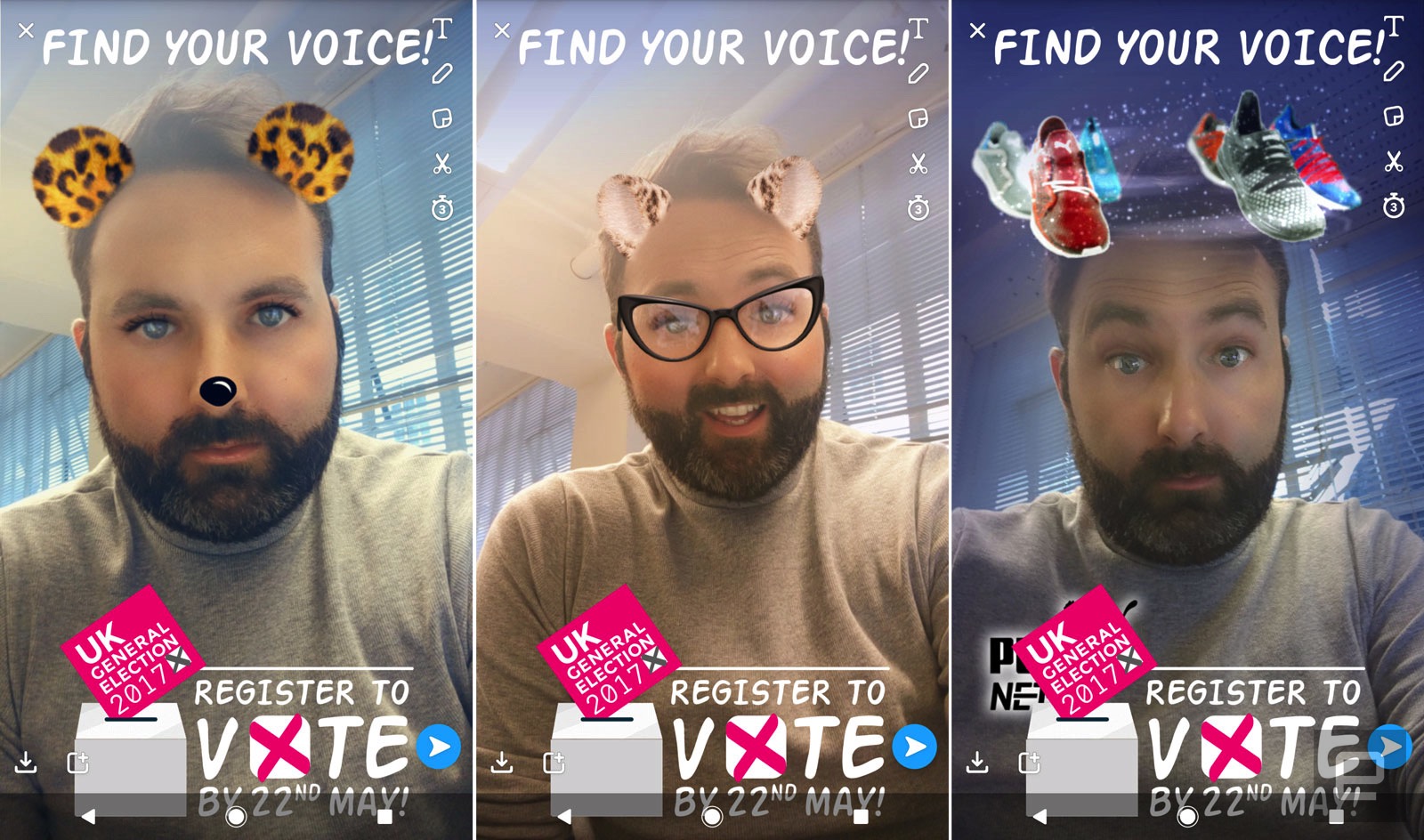 The Electoral Commission has partnered with Snapchat to launch a UK-wide geofilter encouraging selfie-swappers to register to vote in the upcoming general election. It's live in the app right now and asks users to "Find your voice!" ahead of the May 22nd registration deadline and actual vote on June 8th. This nationwide geofilter follows a more localised campaign in Scotland last month, which was intended to get youngsters hyped for council elections -- 16 and 17 years old particularly, given it was the first vote they were eligible to participate in.

Facebook and Twitter have become increasingly important political forums. Users share news and debate amongst themselves, and both platforms foster direct communication between politicians, parties and voters. Snapchat is a slightly different beast, but with 10 million daily users in the UK, it makes sense that the Electoral Commission would want to connect with young people on their terms. Some have dismissed the geofilter as gimmicky, but it's not like there's any great harm in trying to whip up a few more registrations -- especially when no money changed hands to make it happen, according to an Electoral Commission spokesperson talking to Business Insider.

Snapchat geofilters were particularly popular with politicians and organisations in the run-up to last year's US Presidential election. The Trump campaign even went to the trouble of launching a country-wide geofilter attacking "Crooked Hillary" on a day the two candidates were due to debate.

Via: Business Insider
In this article: applenews, ElectoralCommission, filter, gear, GeneralElection, geofilter, mobile, politics, snapchat, socialmedia, SocialNetworking, voting
All products recommended by Engadget are selected by our editorial team, independent of our parent company. Some of our stories include affiliate links. If you buy something through one of these links, we may earn an affiliate commission.