Android Auto only got a brief mention at yesterday's Google I/O keynote, but that's mostly because some notable news dropped earlier this week. Both Audi and Volvo announced plans to utilize Android as the OS behind their cars infotainment systems. That's notably different than Android Auto, which basically projects a simplified version of your phone's interface to your car's display. Audi and Volvo's implementations don't require a phone -- and the carmakers are free to customize the UI as they see fit.

It's worth noting that this isn't a new idea, though some of the ways it has been used in the past leave much to be desired. Today, we had a chance to check out Audi's vision for Android in the car here at Google I/O. Seated inside of a concept Q8 SUV, a Google spokesperson walked us through the UI, though it was straightforward and sensible enough that you wouldn't really need a hand with it. Conceptually, it's not all that different than when a phone manufacturer skins Android with their own custom interface. 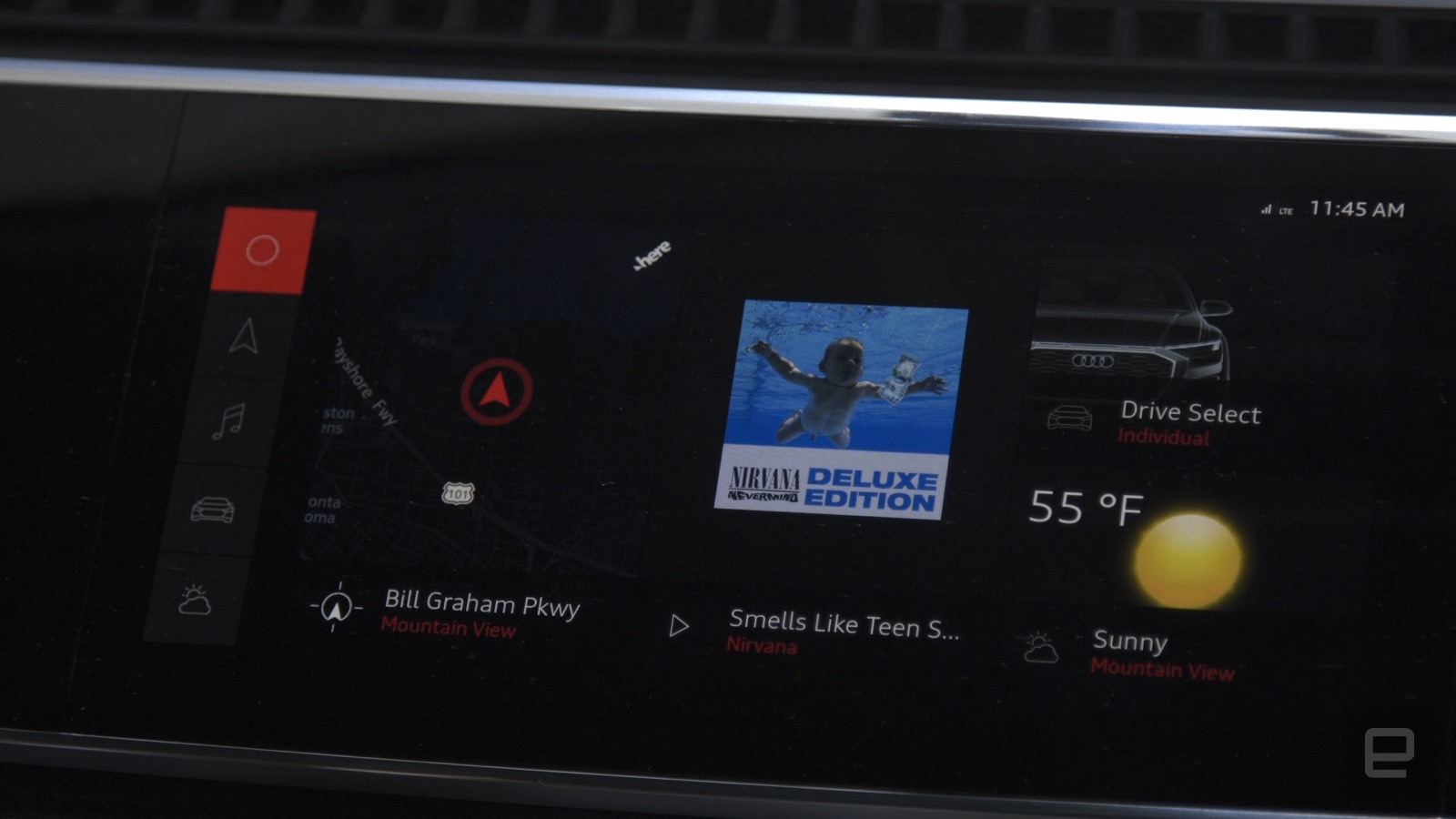 The most obvious difference between Android Auto and Audi's particular flavor is visual: Audi reskinned Android Auto to make it match their aesthetic throughout the vehicle. While many Android fans have historically preferred a "stock" Google experience it's not nearly as big a deal in the car. Most of the actions you'll want to accomplish in a car are still right here, although Android Auto's useful "card" UI isn't here. Instead, there are big sections devoted to navigation, music, weather and your car's general settings.

The good news is that you can use multiple third-party apps here. Since the car is running Android, apps that work with Android Auto will also work here, although it's up to Audi and other manufacturers to decide what they want to include. This concept we saw included Spotify, Pandora, Pocketcasts and a few others.

Navigation meanwhile defaults to Audi's built-in option -- still running as an Android app, but without the features you might expect from Google Maps. Fortunately, Google Maps is onboard as well. It's slightly reskinned, but you can use voice controls to search while using it and add multiple stops to your route. The Audi app is the default and remains on your car's home screen, but at least you can step over to Google's option if you want. 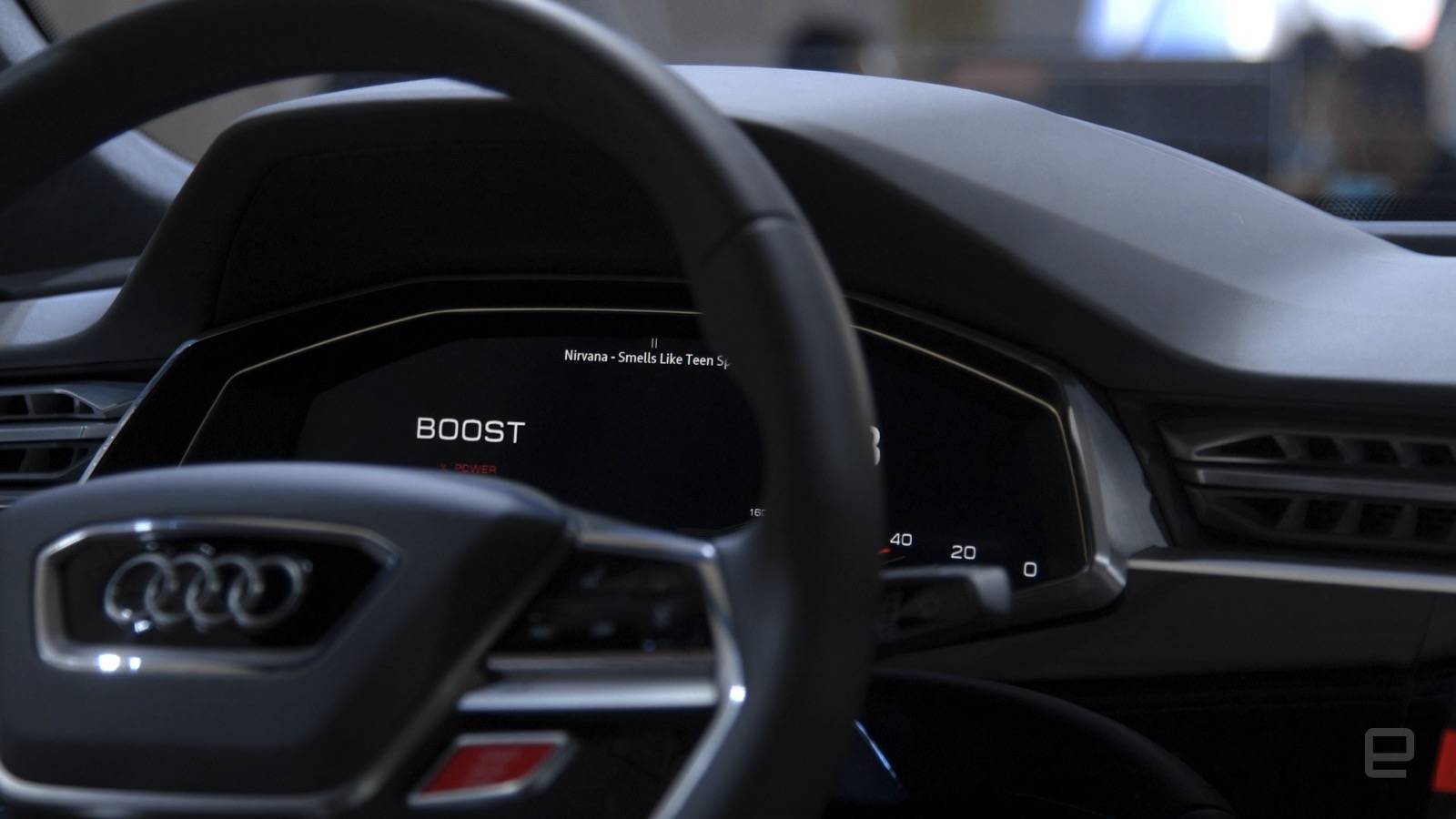 Speaking of voice control, Audi's concept also included the full Google Assistant built right in. So even though you're not getting Google's full, untouched Android Auto experience, you'll still be able to use the Assistant to ask Google questions and check your schedule or the weather.

The last cool Audi pulled off here is integrating Android with the OS powering the traditional dashboard display. Android is able to push notifications and other information from the infotainment system right to the dashboard. If you're using turn-by-turn directions, for example, you can tap a button on your dashboard to bring them front and center. It can also show you what song is playing through whatever media app you're using.

It's worth noting that this is all a concept still and not something we're certain to see in a production vehicle. But while it's too early to say, the idea of more carmakers using Android could dramatically improve the quality of built-in car interfaces. Having access to useful tools like the Assistant and Google Maps alone would make a big difference. Both Audi and Volvo have committed to using Android on at least some vehicles in the future -- so while features and visuals may both change in the months to come, it won't be too long before you can pick up a vehicle running Android, no phone required.

In this article: android, androidauto, applenews, audi, gear, google, googleio2017, transportation, volvo
All products recommended by Engadget are selected by our editorial team, independent of our parent company. Some of our stories include affiliate links. If you buy something through one of these links, we may earn an affiliate commission.