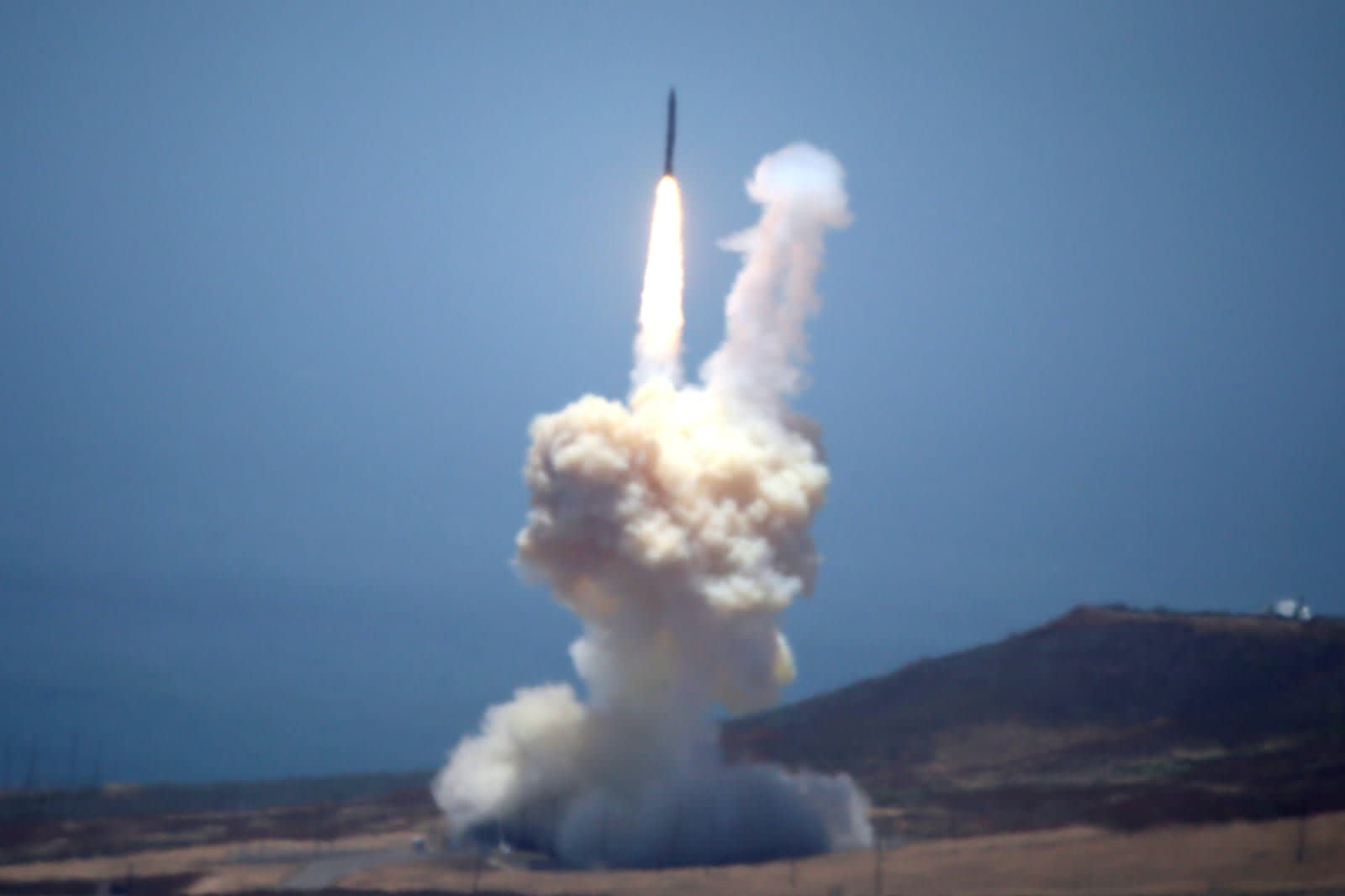 American missile defense systems haven't always worked out according to plan, but it's chalking up a major success right now. The Department of Defense reports that the Ground-based Midcourse Defense portion of its anti-ballistic missile system has managed to shoot down an "ICBM-class" target during a test. The dry run saw a ground-based interceptor rocket (above) launch from California's Vandenberg Air Force Base and use an exo-atmospheric kill vehicle (a 5-foot machine deployed from the tip of the rocket) to take down the simulated weapon while it's in space. This is the first live-fire test of GMD, the Defense Department says, and it shows that the US has a "capable, credible" deterrent against intercontinental missiles.

As the LA Times notes, though, the confident tone belies a slew of problems over GMD's long history. The system went live in 2004, but the kill vehicles often couldn't hit their targets even in clearly staged exercises where they were supposed to win. GMD was rushed into service without the usual quality safeguards, and the kill vehicles are both unique and highly complex. If one of them breaks or needs an update, there's often painstaking work involved.

Still, the timing couldn't have been much better. The government is increasingly worried about North Korea's missile program, you see. While an attack isn't exactly imminent (many of the North's test missiles are either off-target or fail to launch), a successful anti-ICBM test shows that the US can act if its enemy is reckless enough to attempt a real missile strike. GMD may have already accomplished its mission if North Korea and other countries start having second thoughts.

Via: Reuters
Source: Department of Defense, MDA
Coverage: LA Times
In this article: anti-missile, applenews, departmentofdefense, gadgetry, gadgets, gear, gmd, ground-basedmidcoursedefense, icbm, military, space, wargadget
All products recommended by Engadget are selected by our editorial team, independent of our parent company. Some of our stories include affiliate links. If you buy something through one of these links, we may earn an affiliate commission.