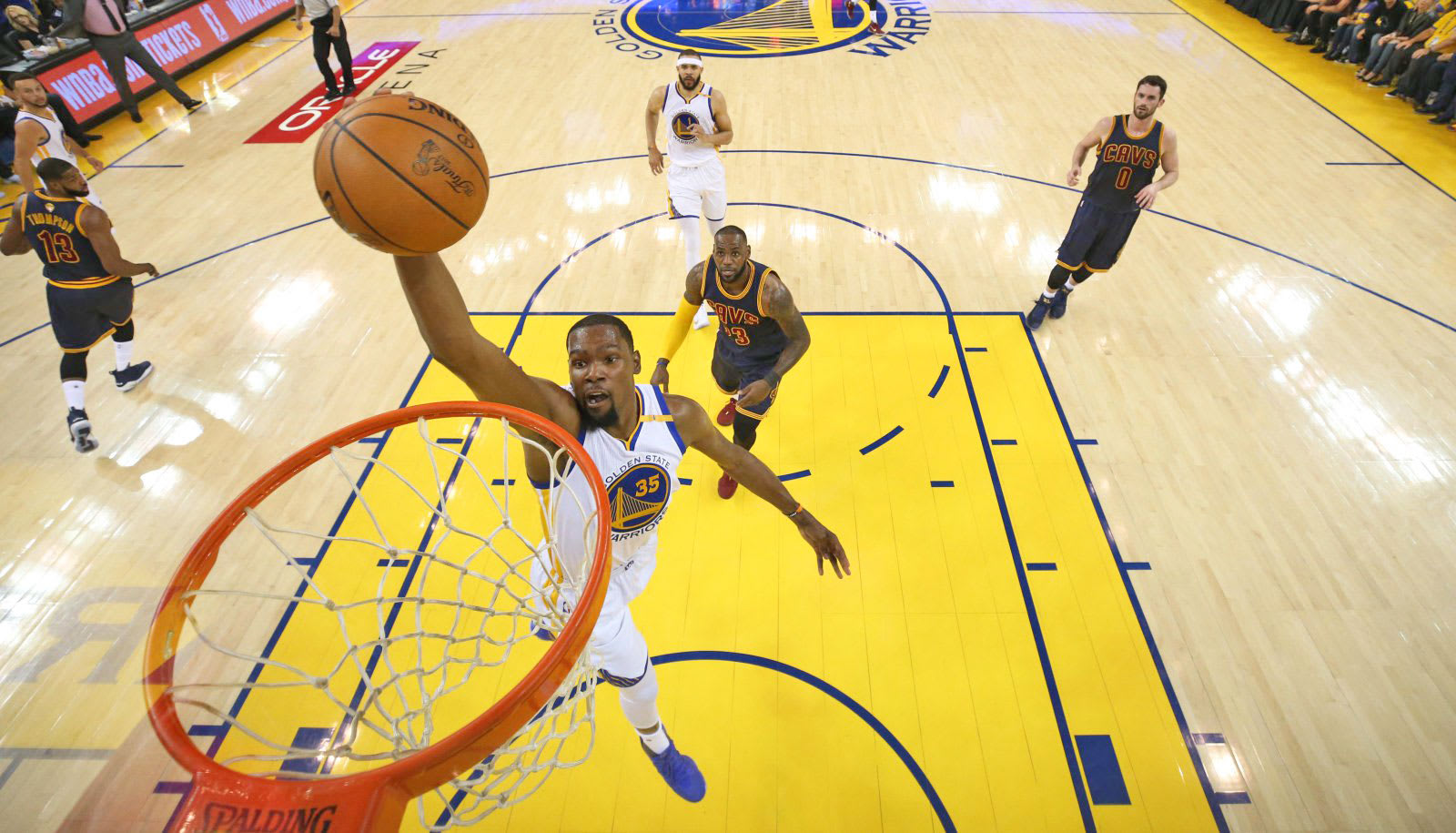 The NBA has been bolder with virtual reality than most other leagues, producing weekly VR games on its League Pass on-demand network with NextVR. If you're interested in checking it out without paying for a pass or the $7 à la carte price, NextVR is offering highlights for each game of the finals between Cleveland and Golden State. All you need is a GearVR or Google Daydream headset, plus the NextVR app, available on Google Play or Oculus Stores.

In case you haven't tried it, NextVR's NBA broadcasts aren't that much different from regular ones, except that they're in stereoscopic, 180 degree VR. The company has up to eight 6K RED 3D camera rigs strategically positioned behind the basket, at the scorer's tables and floating mid-court. Announcers describe the action, and directors display graphics and choose the best camera angles, while keeping in mind that it's easy for VR viewers to get seasick.

The highlight packages will feature "play-by-play calling of the most dynamic one-on-one drives, deep three point shots, and the biggest dunks from the rematch of the Cleveland Cavaliers and Golden State Warriors," according to the PR. That should be pretty fun to watch on its own (the production quality looks great on the GearVR), and also help viewers decide if they want to make a deeper plunge and watch entire games.

In this article: applenews, av, Daydream, entertainment, GearVR, Highlights, NBAFinals, VirtualReality, VR, wearables
All products recommended by Engadget are selected by our editorial team, independent of our parent company. Some of our stories include affiliate links. If you buy something through one of these links, we may earn an affiliate commission.