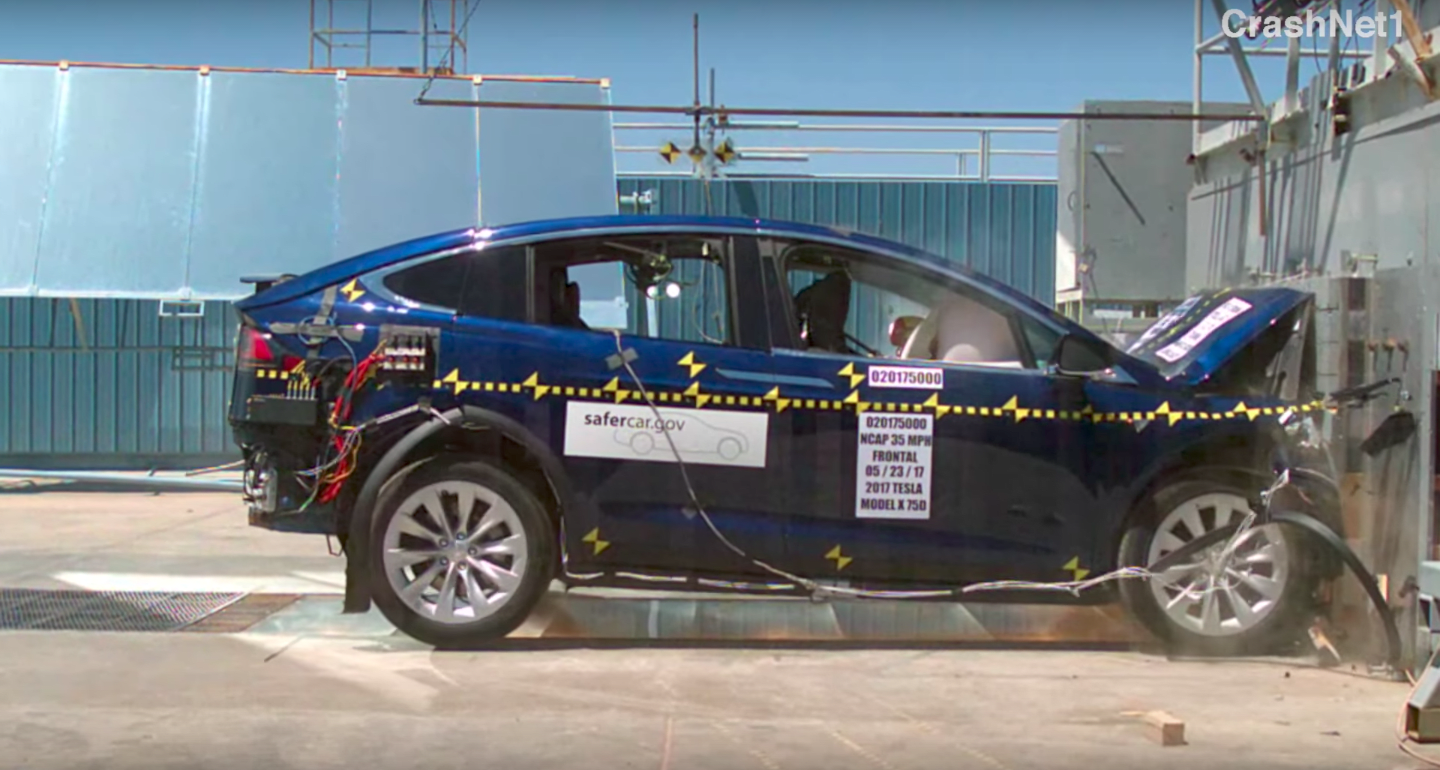 Tesla has yet another achievement to crow about. On Tuesday, the National Highway Transportation Safety Administration (NHTSA) released its assessment of the company's Model X SUV and awarded it the agencies highest possible rating: 5 stars across every test category. That makes the Model X the safest SUV on the road today.

US govt testing by @NHTSAgov finds Model X to be the safest SUV in history by significant margin https://t.co/zAdb5FQPEI

Every Model X variant -- the 60D, 75D, 90D, P90D and 100D -- all scored perfectly in front impact, side impact, rollover and overall safety. In fact, the NHTSA was unable to even tip one over during its dynamic test and gave the Model X only a 9.30 percent chance of rolling over during an accident.

The company credits its electric drivetrain and power system, as well as the vehicle's low center of gravity thanks to its battery packs being located under the cabin floor, for its impressive rollover resistance. "Of all the cars NHTSA has ever tested, Model X's overall probability of injury was second only to Model S," the company wrote in its press release.

Via: Electrek
Source: Tesla
In this article: 100D, 60D, 75D, 90D, applenews, Elon Musk, gear, Model S, NHTSA, NhtsaCrashTest, P90D, safety, SUV, Tesla, transportation
All products recommended by Engadget are selected by our editorial team, independent of our parent company. Some of our stories include affiliate links. If you buy something through one of these links, we may earn an affiliate commission.