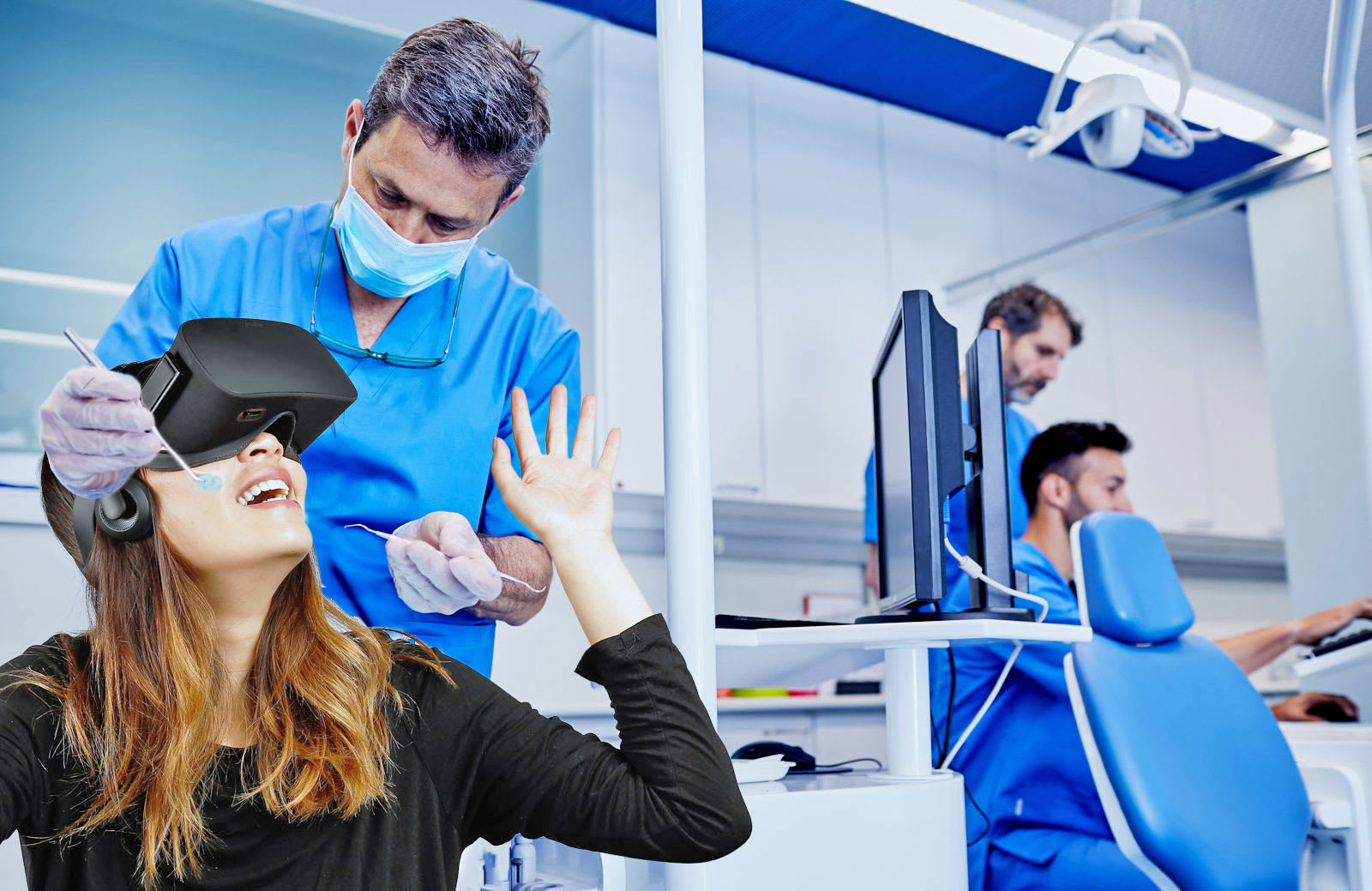 Like airlines, dentists understand that the more they can distract you from what they're doing, the better off everyone will be. UK researchers wanted see if virtual reality can ease patient pain and anxiety, so they enlisted 79 people who needed a tooth pulled or cavity filled. Patients were divided into three groups: One that viewed a VR coastal scene, one a VR city, and the other, no virtual reality at all.

Notably, the city VR was no more effective at reducing patient pain and stress than no VR, so the trick seems to depend on using calming scenes. While that seems incredibly obvious, the psychologists thought VR could just be distracting patients from all the drilling and poking, much as a TV does, but that proved not to be the case. "Our findings are in line with literature, showing that contact with nature, even indirect contact through windows, can influence physical and mental well-being," the paper explains.

The researchers note that in previous studies, VR has been shown to reduce patient dependence on pain medication. "Our research supports the previous positive findings of VR distraction in acute pain management, and suggests that VR nature can be used in combination with traditional [medication]." The next step, they suggest, would be to vary the content of natural environments (using a forest instead of a coastal scene, for instance) to see if the can determine exactly how it reduces pain. We'd recommend they check out the zen content out there, and avoid any games.

Via: The Register
Source: Sage Journals
In this article: applenews, Dentist, Distraction, Fear, gear, Pain, VirtualReality, VR, wearables
All products recommended by Engadget are selected by our editorial team, independent of our parent company. Some of our stories include affiliate links. If you buy something through one of these links, we may earn an affiliate commission.