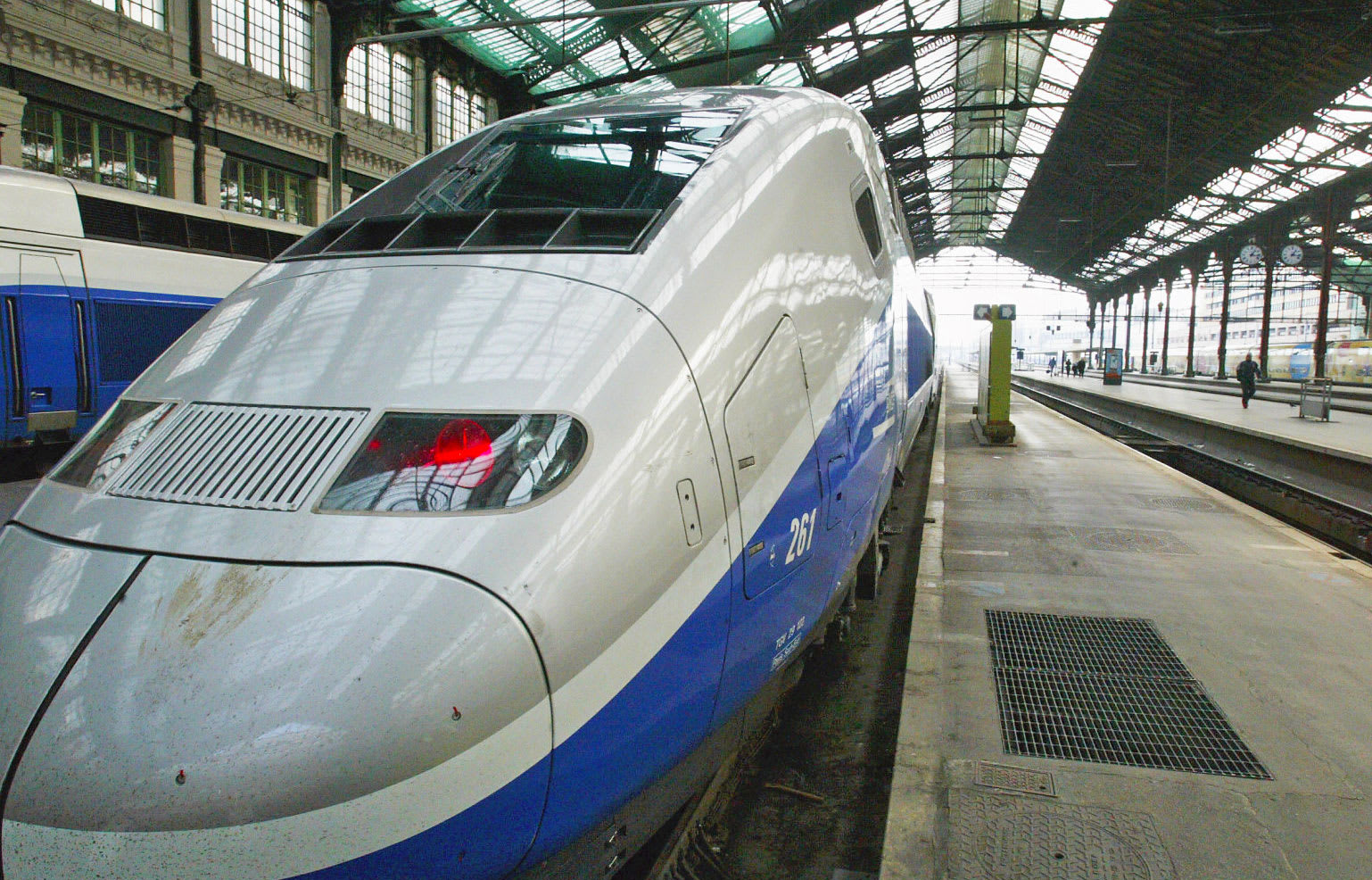 According to reports from FranceInfo, the SNCF, France's national state-owned railway company, announced on Friday that it is actively working to develop and deploy autonomous trains that will operate along its high-speed TGV lines by 2023. The so-called "drone trains" should begin initial trials some time in 2019.

The autonomous systems will be built into existing TGV trains and consist of external sensors that can initiate automated braking should they detect an obstacle on the tracks. The company is especially hopeful that the system can be used for the more tedious maneuvers, like ordering and hooking up all the various cars before a departure. All in all, the company figures it can run 25 percent more trains on the same lines using this technology, cutting the time between trains by over a minute from 180 seconds to 108 seconds.

The SNCF expects the service to being in 2023, running between Paris and destinations to the southeast. Conductors will continue to ride along for a while after the system is implemented to act as fail safes should something happen to go wrong. This is a marked difference from Paris' subways which are automated and do not require such safeguards.

Although, "when you automate a subway, you can put grids along the platforms and then you're in tunnels," adjoint director of SNCF, Matthieu Chabanel, told FranceInfo. Subways don't present the same pressing need for human oversight as when "we are in a completely open environment with trees, animals, people, who can enter the right-of-way," Chabanel continued, "and so we need a driver to handle all the disturbed situations."

The UK is also working to automate some of the functions of its rail service, though the island nation is at a much earlier stage of that development than its continental neighbor. This is in part because the country's rail network relies on a number of different lineside signalling and operating systems, all of which demand a human touch -- not to mention the same sorts of open-world variables that French train drivers face. "We're at a very early stage of this technology," railway industry observer, Rupert Brennan Brown, told Financial Times.

Any efforts to automate the UK's trains (or even London's subways) would also likely be met with immediate and severe blowback from the industry's various trade unions. The Rail, Maritime and Transport (RMT) union in March strongly criticized the government's plan to invest £9 million in UK companies developing autonomous technology, arguing that it would "compromise and dilute" the existing safety system.

Via: Verge
Source: SNCF (French)
In this article: applenews, Brennan Brown, Financial Times, France, gear, London, Paris, TGV, Transport, transportation, United Kingdom
All products recommended by Engadget are selected by our editorial team, independent of our parent company. Some of our stories include affiliate links. If you buy something through one of these links, we may earn an affiliate commission.