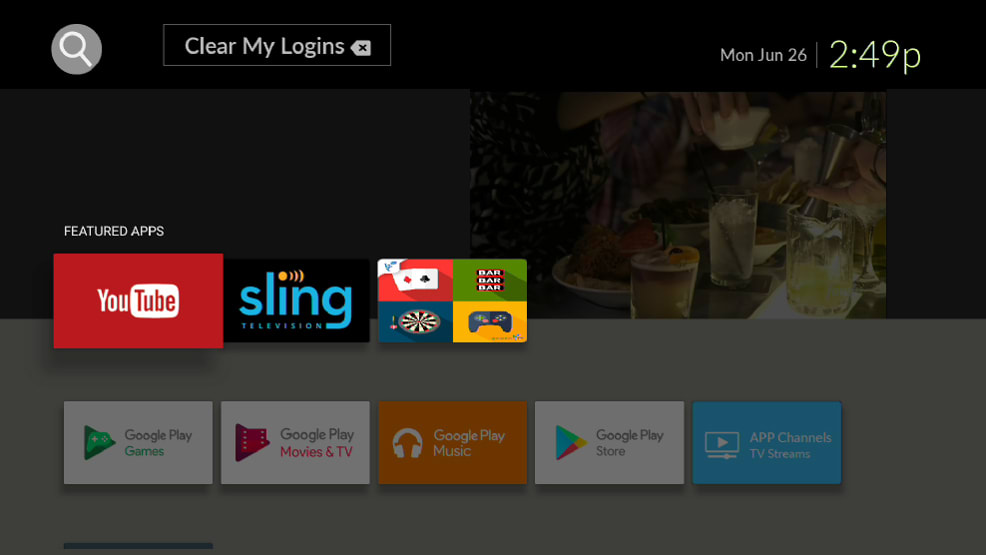 Checking into a hotel can be like moving back in time, at least when it comes to media. We're all used to using our own devices to watch television and movies, stream music and play games, but many hotels still cling to their cable-style in-room TV systems that we basically bypass to use our own entertainment. Satellite internet and television provider Dish wants to change all that with a new system for hotels called Evolve. It's a 4K-capable box powered by Android TV that sits behind your room's monitor that you can stream to as well as watch live TV in HD.

Hotels get a centrally located media server system called Smartbox that connects to all the rooms on the property, obviating the need for single Dish antennas on every balcony. Since it runs on Android TV, you'll be able to access the Google Play Store to download games, apps, music and movies to your television. In addition, Google's Chromecast technology is built right in, which lets you stream stuff from Sling TV and YouTube (but not Netflix) as well as media right from your own device. The system even includes Bluetooth so you can connect your headphones without some elaborate workaround. Of course, there will also be a programming guide and channel preview, just like Dish's regular television service. Hotels can customize the welcome screen and send messages to guests on the home screen. Finally, the Smartbox also provides internet services over Wi-Fi and Ethernet, which apparently some people still use.

AT&T already have a similar service for hotels, called StayCast, which comes bundled with the telecom company's DirectTV HD service. Systems like these seem like a win/win for everyone -- hotels get a much more flexible and centrally managed system that lets guests manage their own media with ease. And customers? They get to stay in a room that has modern connectivity for a change. The Evolve service is available now, though Dish declined to comment on which hotels have it.

Source: Dish
In this article: 4k, av, dish, dishnetwork, entertainment, evolve, gear, hd, hotels, internet, services, smartbox, television, travel
All products recommended by Engadget are selected by our editorial team, independent of our parent company. Some of our stories include affiliate links. If you buy something through one of these links, we may earn an affiliate commission.