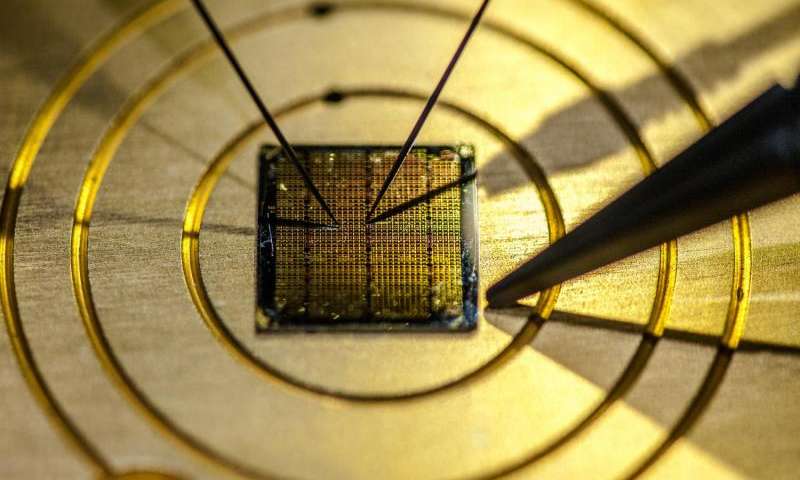 Scientists from Lancaster University have developed a foolproof anti-counterfeiting measure using a combination of quantum physics and smartphone technology. Previously, the team created unique atomic-scale IDs based on irregularities found in 2D materials such a graphene -- irregularities which, unlike current anti-counterfeiting technology such as holograms, are impossible to clone. Quantum physics amplifies these irregularities and, once turned into a tag, makes it possible to "fingerprint" objects.

The researchers have now developed a smartphone app which matches the 2D tag -- a kind of graphene-based QR code -- with a manufacturer's database. Customers will then be able to instantly check the authenticity of their product. The tags can be placed on any surface, enabling producers of everything from wine to car parts to use them. That should help reduce $500 billion or so that's lost every year in the US thanks to counterfeiting. The technology, set to debut at the Royal Society of Science's summer exhibition, is expected on the market in the first half of 2018.

Via: Phys.org, Lancaster University
Source: Arxiv
In this article: app, AtomicScale, authentication, counterfeiting, holograms, quantumPhysics, security, smartphone, tomorrow
All products recommended by Engadget are selected by our editorial team, independent of our parent company. Some of our stories include affiliate links. If you buy something through one of these links, we may earn an affiliate commission.