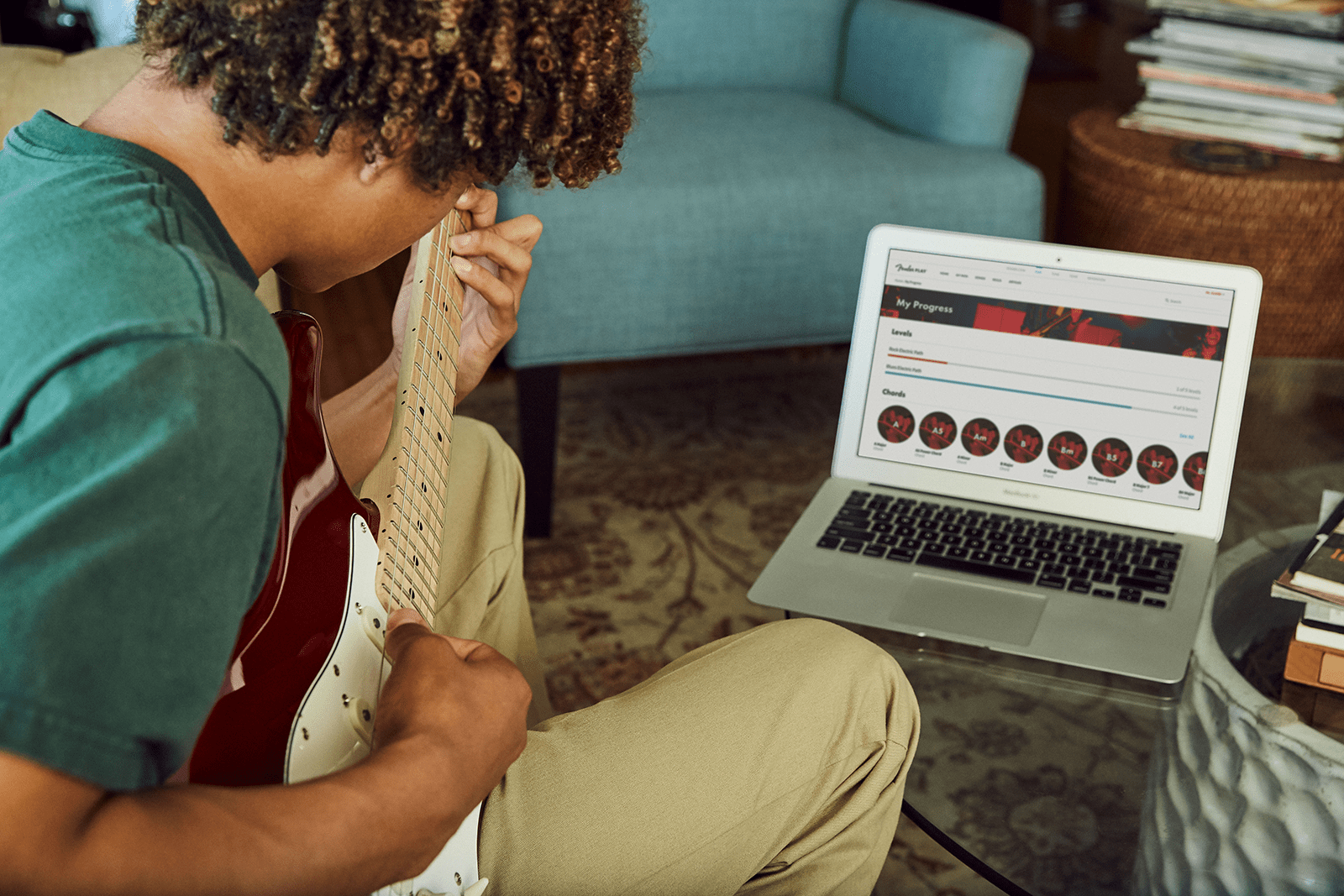 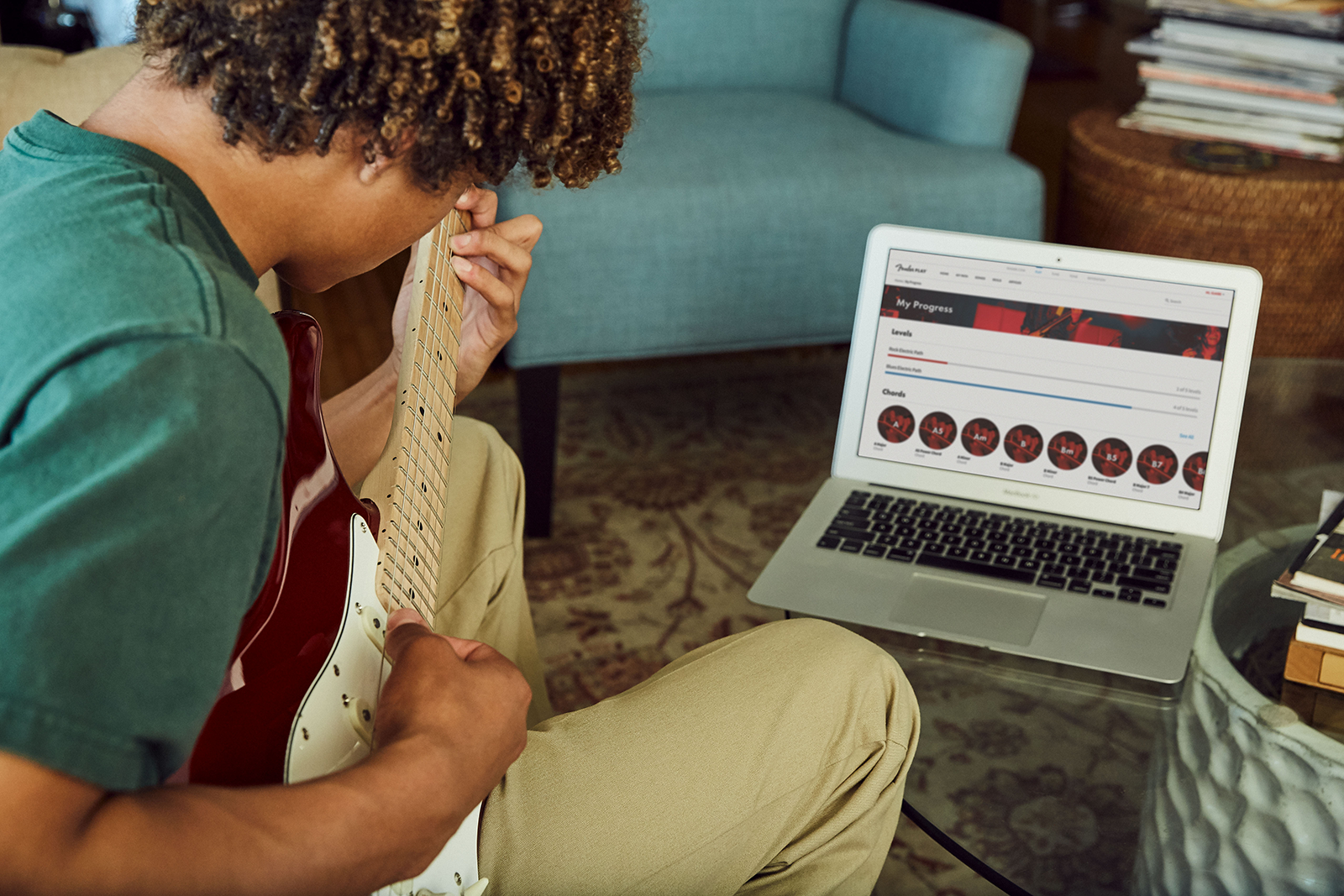 If you ask Ethan Kaplan, chief product officer of digital at Fender, about the death of the electric guitar, he gets a bit incredulous. And it's easy to understand why. As he's quick to point out, "for some reason, there's still a guitar on every stage." But while he's adamant his company and the industry is perfectly healthy, it's clear some of the cultural cachet of the guitar has dried up. Fender is hoping to turn the tides.

The latest effort is Fender Play, a digital lesson platform designed to keep younger would-be guitarists coming back day after day, year after year. The company's research suggests it's not hard to attract new players, but it's extremely difficult to keep them tied to the instrument for the rest of their lives. In fact, Kaplan says 95 percent of players give up in the first year. Most don't even make it past the first three months. Play has been designed, then, not only to be simple, but to cater do an increasingly diverse playerbase, delivering relatively quick gratification.

Unlike other music instructional standbys like Mel Bay, Play doesn't spend a ton of time early on teaching theory or how to read notation. Instead, once you've got the bare essentials down (how to tune your guitar, identify and strum the strings, etc.), it immediately starts teaching you a song. And we're not talking about "Row, Row, Row Your Boat." Play focuses on hits from the likes of Bon Iver, the Rolling Stones, Brad Paisley, Sean Mendes, the National and -- yes -- even Disney. Fender pairs lessons on technique and theory with each track, but the explicit goal is to learn the song of your choice, not to master the pentatonic scale.

Instead of funneling every student down the same path, Fender tries to personalize the experience as best as it can. When you first fire it up, you're asked to choose a path -- rock, pop, country, blues or folk. (Don't worry—you can pursue multiple paths or change paths at any time.) You're also asked if you're playing acoustic or electric, and based on these choices you'll get different instructional videos, different song choices and learn different techniques. If you're learning country on an acoustic, you might get early lessons on finger-picking. If you go with rock, you'll focus on power chords and learn a Foo Fighters song. 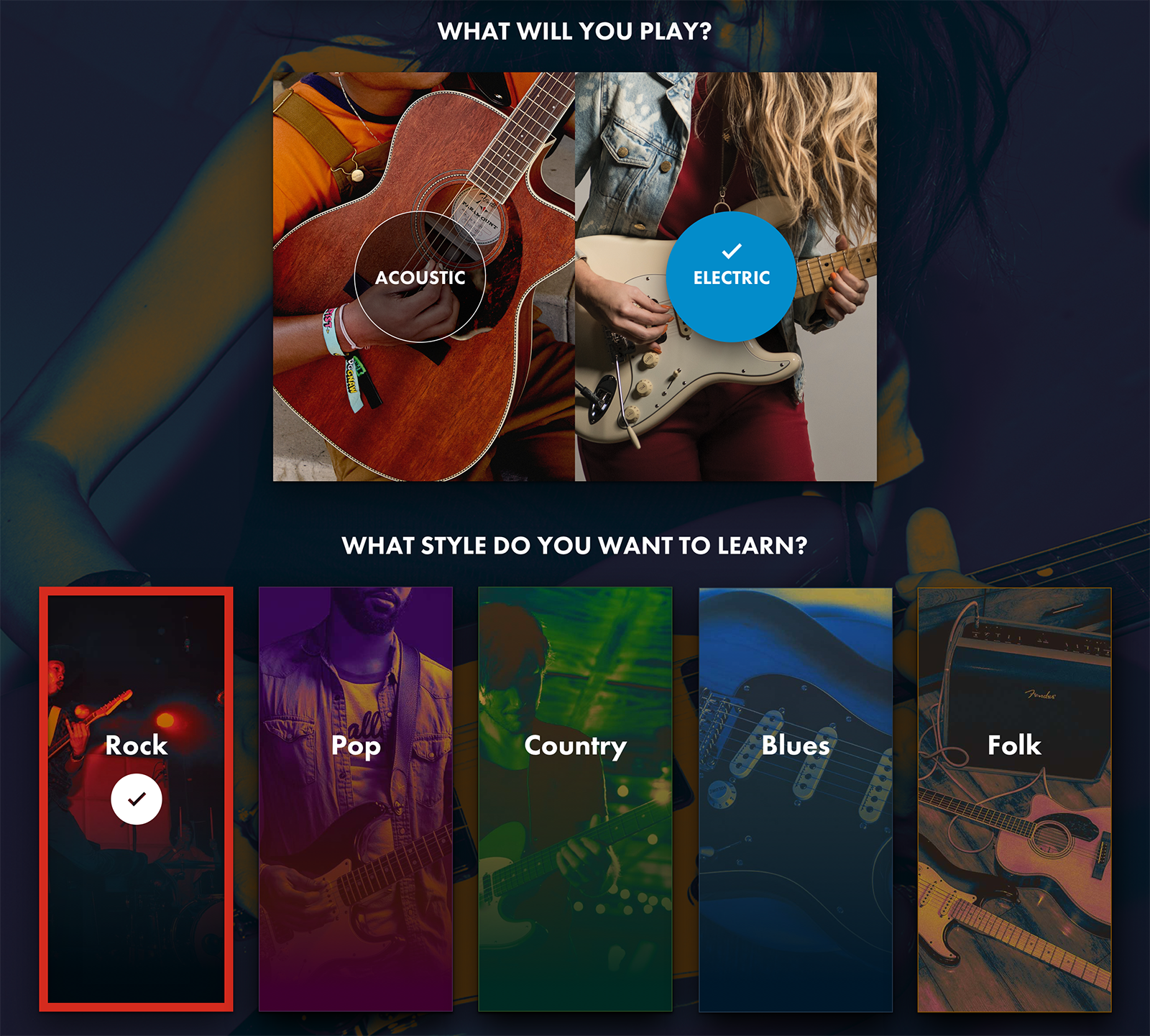 This flexible approach is core to Play's mission. Kaplan says it's not Fender's place to judge anyone's musical taste, and goes out of his way to make it clear that the company doesn't believe everyone has "to be a rock-guitar god. "It doesn't matter if you're playing it with a pick, a bow, an Ebow, a hammer. ... We don't just represent virtuosity," he says.

It's refreshing to see a guitar company not just acknowledge, but embrace the idea that the goal for every player isn't Yngwie Malmsteen or Steven Vai. Plenty of people are perfectly happy to strum the chords to "Let It Go" or bang out a couple of Taylor Swift tunes.

Fender has also focused a lot of energy on really nailing the production value, and it shows. It's not the first company to invest in high-quality guitar-lesson videos, but it's clear this isn't some half-assed entry into the arena. Audio quality is top-notch, and there are clear 4K closeups on the instructors' picking and fretting hands at the appropriate moments. Even tiny details like the set lighting are consistent across all the clips. That being said, at the end of the day, these are still just instructional videos. And, while they're well-produced, they don't deliver anything truly revolutionary. 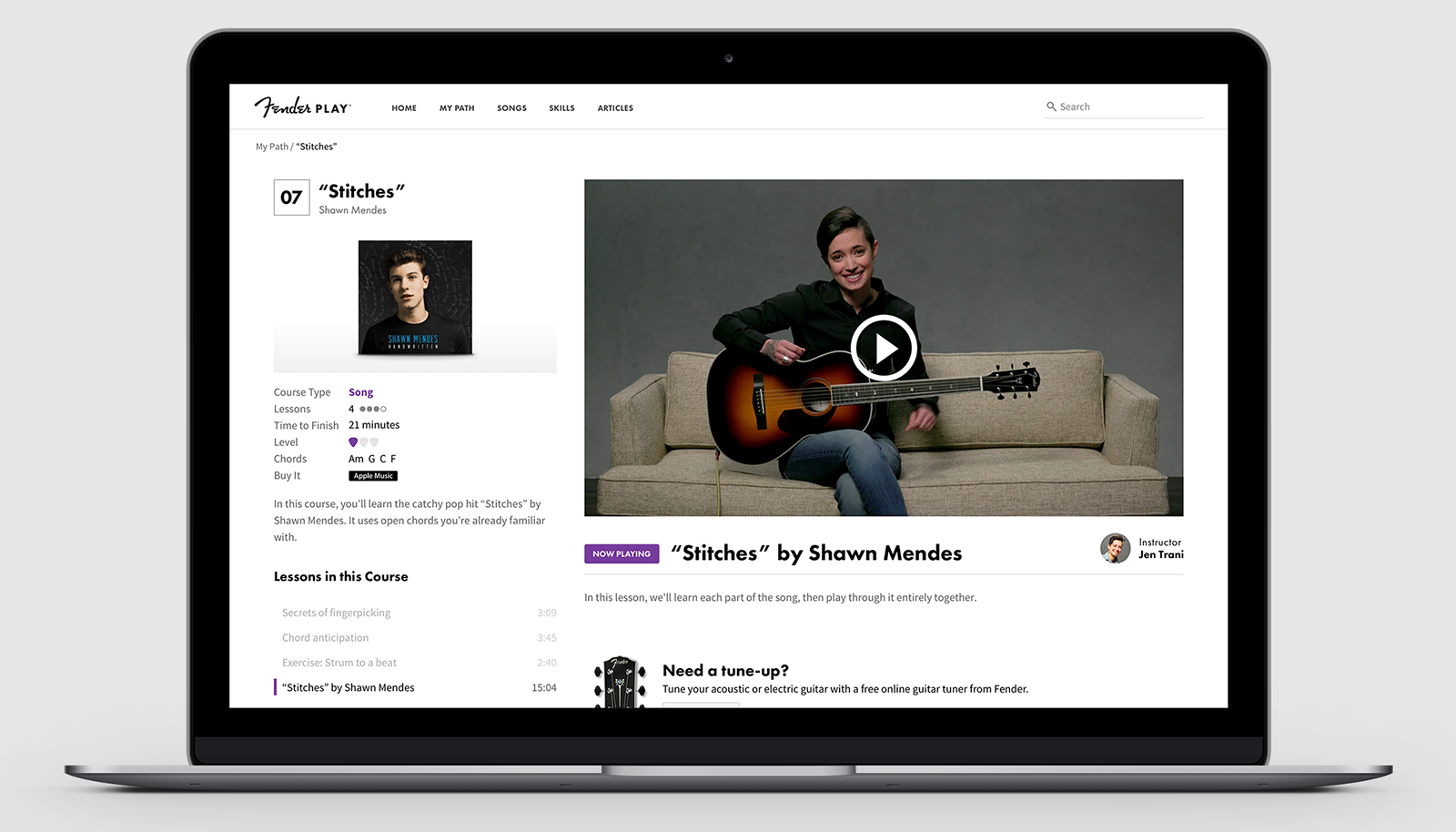 Fender's research says the 5 percent of people who start playing guitar stick with it for their entire lives. The ambitious goal of Play is to double that number. The company has a clear and admirable set of principles and theories in place. The song-oriented curriculum that respects restrained strumming as much as it does blistering solos is a welcome change of pace. But right now, Play is also very limited. It's launching with a decent selection of songs, but lessons are focused entirely on the most novice of students. And while Fender has floated the idea of adding more interactive elements, like pop-out chord charts and tablature, right now it's mostly just a collection of instructional videos.

If you want to test out Fender Play for yourself, it's available starting today on desktop and iOS for $20 a month, though Fender is offering a free month of access in hopes of luring you into its six-string clutches.

In this article: education, fender, fenderpay, gear, guitar, hands-on, instruction, internet, lessons, mobile, music, play, services, video
All products recommended by Engadget are selected by our editorial team, independent of our parent company. Some of our stories include affiliate links. If you buy something through one of these links, we may earn an affiliate commission.