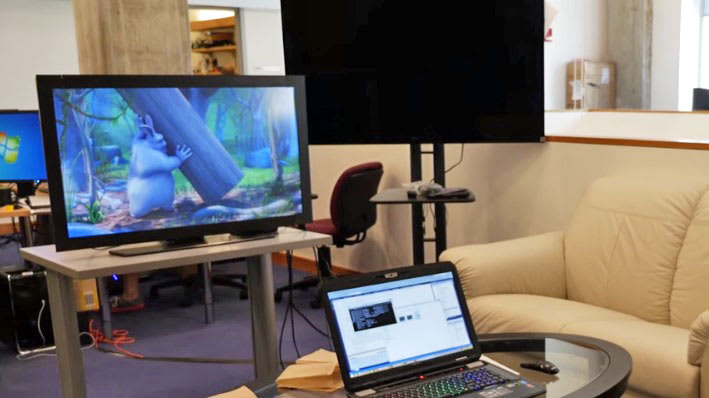 A year ago, MIT scientists unveiled a new technology that delivered a 3D movie experience in theaters without the need for cumbersome glasses. Now they're working to bring that technology to your living room so that one day you can watch 3D films in your home theater without eyewear.

Their system, "Home3D," translates typical stereoscopic 3D movies to "multiview," which shows three or more images to project the scene in three dimensions, portraying it to viewers as if they were really there. MIT's system converts from cinema-specced stereo to a format compatible with "automultiscopic displays," which enable the glasses-less experience.

In a paper, the CSAIL team described how their Home3D system uses an algorithm to combine two existing stereo-to-multiview conversion techniques, phase-based and depth image-based rendering, for a superior experience. The algorithms also let users tone down the 3D whenever they wish. While Home3D can currently run on anything with a GPU -- an Xbox One or a PlayStation 4, for example -- the team believes a future version could fit on a chip to include in smart TVs or add-ons like Chromecast. While glasses-less 3D is still in the early stages where lack of content and lack of hardware support has kept it from gaining momentum, the MIT CSAIL team's tech could solve half that problem by enabling existing media to play nice with automultiscopic displays.

In this article: 3D, 3dMovies, av, CSAIL, entertainment, HomeTheater, mit, TL17TVTV
All products recommended by Engadget are selected by our editorial team, independent of our parent company. Some of our stories include affiliate links. If you buy something through one of these links, we may earn an affiliate commission.