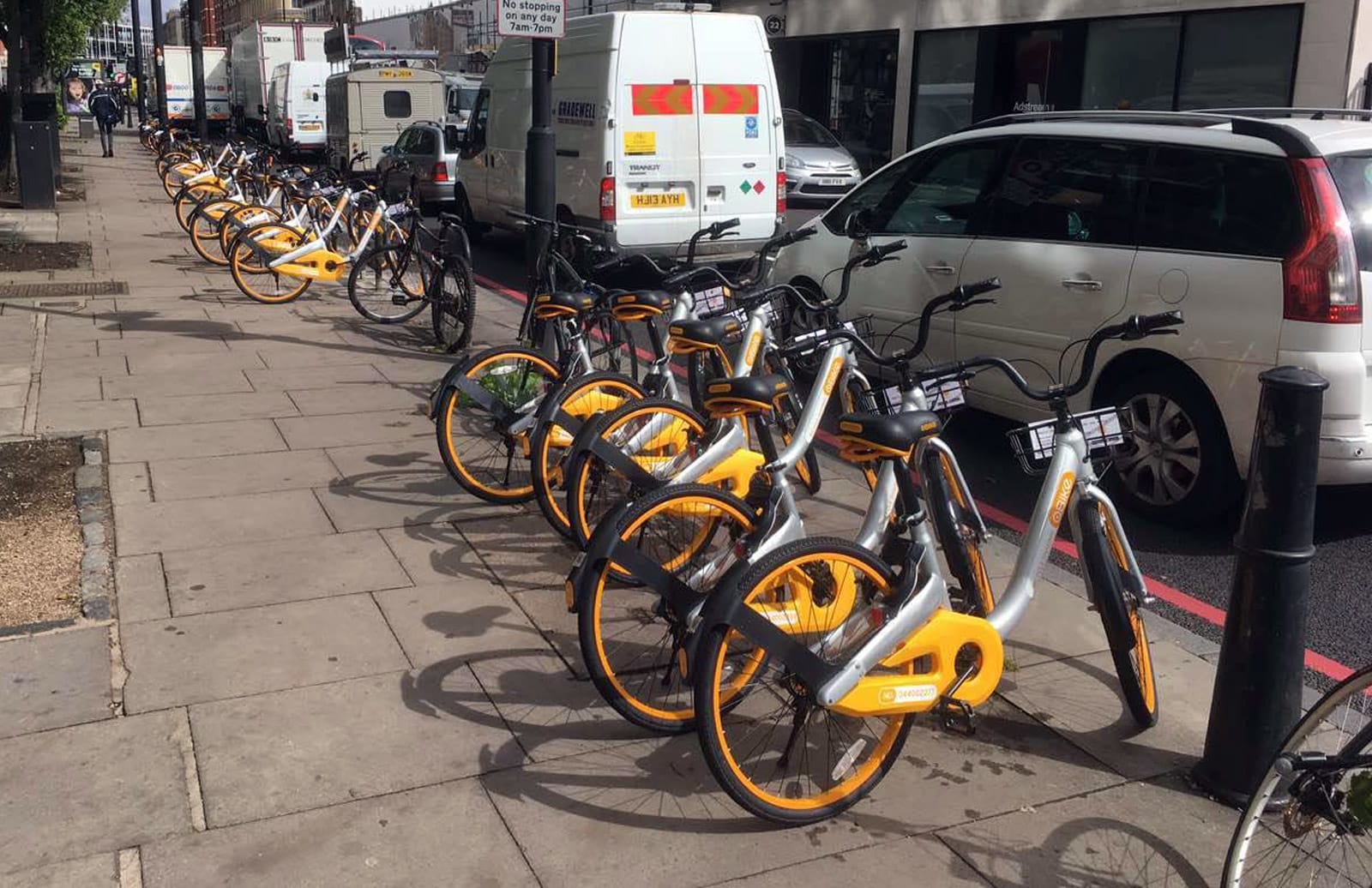 Already this year we've seen two Chinese companies that run novel bike rental schemes expand into the UK, and now Singaporean firm oBike is throwing its chips into the pot, too. The startup has this week put 400 of its two-wheelers to work in the London Borough of Tower Hamlets, despite the capital being home to over 11,000 for-hire 'Boris bikes.' Unlike these, though, oBikes don't require docking. Through the company's mobile app, you locate the nearest available pushbike on a map, unlock it by scanning its unique QR code, then leave it wherever you want when you're done.

The app also handles the payment side of things -- 50p per half hour -- and includes a credit system that gives users free ride time for reporting damaged and illegally parked bikes. The company tells Wired Tower Hamlets was a good place to start as it believes it to be an underserved area, and that it's going to add hundreds of bikes to grow the scheme every day throughout July. According to oBike, it's in ongoing discussions with local councils, which probably means it's trying to persuade them there's space for another player, considering the large number of 'Boris bikes' already in circulation.

Even in the much less saturated city of Cambridge, Chinese company Ofo had to scale back its trial, which began in April, to only a handful of bikes after the council became concerned they would clutter pavements. Mobike, which runs another identical app-based rental scheme, has had problems of its own after putting 1,000 bikes on the street of Manchester last month. It's far from a widespread issue, but some bikes have been the victim of run-of-the-mill vandalism, while others have simply been stolen after having their locks hacked off.

Via: Wired
Source: oBike
In this article: bicycle, BicycleSharing, bike, bikehire, gear, green, london, mobike, obike, ofo, transportation
All products recommended by Engadget are selected by our editorial team, independent of our parent company. Some of our stories include affiliate links. If you buy something through one of these links, we may earn an affiliate commission.