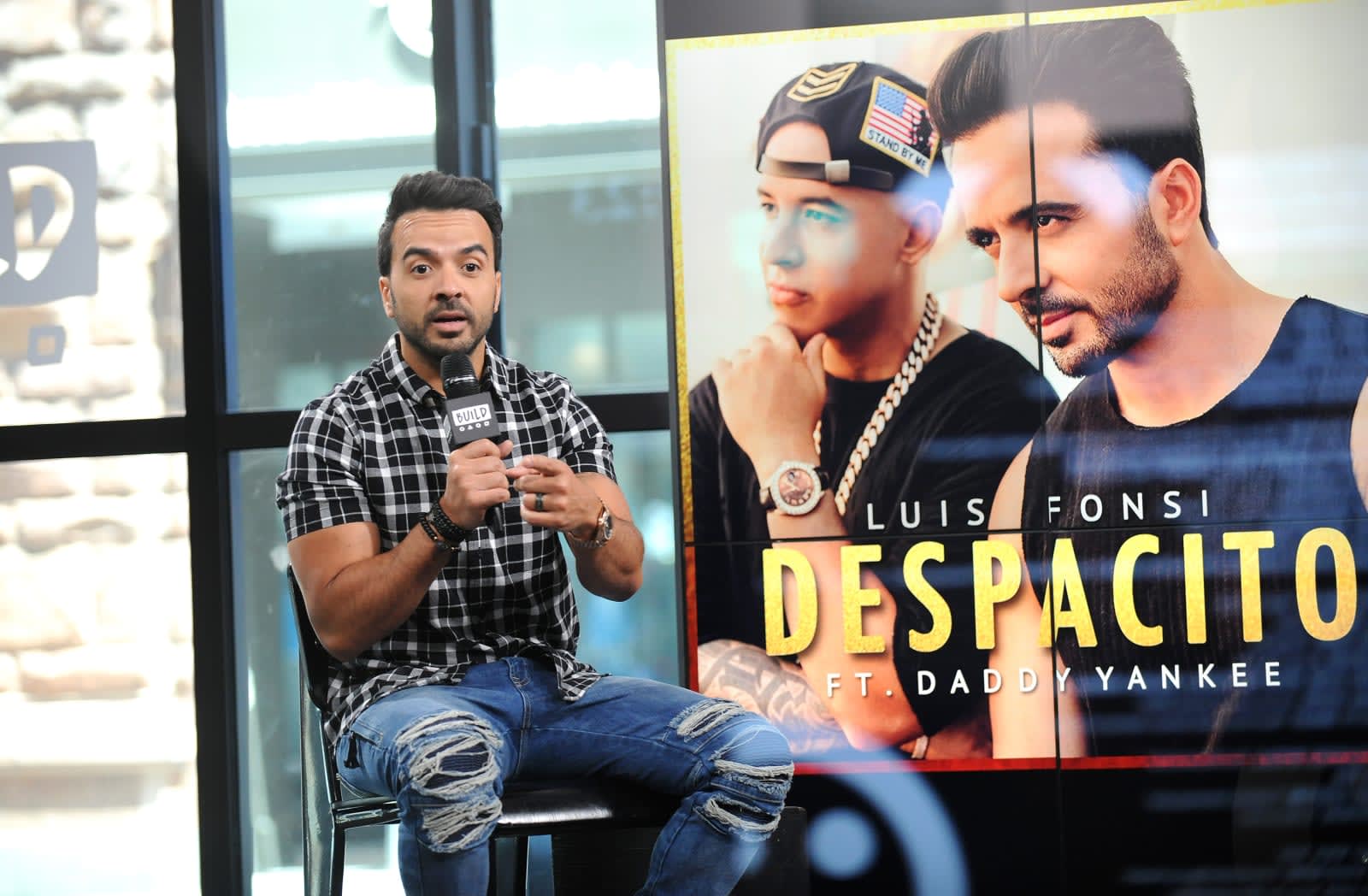 Justin Bieber's "Sorry" has been dethroned as the most-streamed song of all time -- and ironically, he played a hand in getting a new song to the top of the heap. "Despacito," performed by Luis Fonsi and Daddy Yankee, has hit more than 4.6 billion streams across all platforms since it was released in January, reports Billboard. However, there's a caveat worth pointing out here. This takes into account stream of both the original song as well as a remix that features -- you guessed it -- Justin Bieber.

Streams of Bieber's own "Sorry" also include the tune's various remixes, so at least the songs are on a level playing field. Universal Music Group says "Sorry" has racked up 4.38 billion streams thus far. But "Sorry" has been out for nearly two years now, making the rise of "Despacito" all the more impressive.

As for where "Despacito" is being streamed, 92 percent of all plays are coming from Spotify and YouTube, notes NPR. More than 2.6 billion streams came from YouTube, while the original and remixed versions have been played a combined 1.1 billion times on Spotify. There's also an audio-only YouTube version that has about 425 million streams.

Despite this swell of interest, "Despacito" isn't yet the top-played song on Spotify -- or YouTube, for that matter. Drake's "One Dance" is the king of Spotify with nearly 1.3 billion streams, and Wiz Khalifa just recently had his video for "See You Again" surpass "Gangnam Style" as the single most popular clip on YouTube with about 2.9 billion plays. If Khalifa wants to go for the all-time streams record now held by Luis Fonsi and Daddy Yankee, he might want to put out a remix -- and it should probably feature Justin Bieber.

Source: Billboard, NPR
In this article: DaddyYankee, despacito, entertainment, internet, LuisFonsi, spotify, streaming, streamingmusic, youtube
All products recommended by Engadget are selected by our editorial team, independent of our parent company. Some of our stories include affiliate links. If you buy something through one of these links, we may earn an affiliate commission.