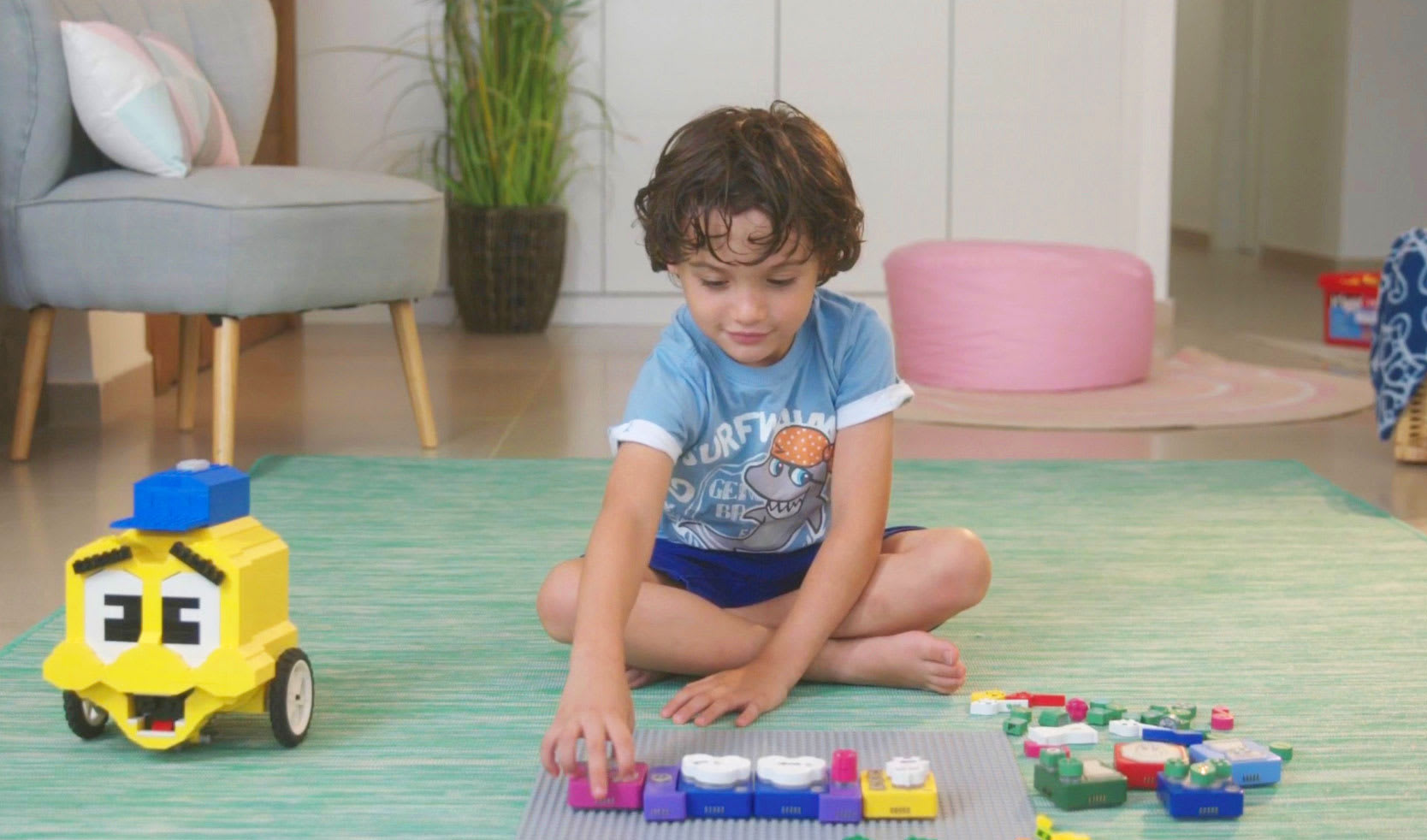 Legos have been a beloved for decades as toys that teach constructive aesthetics and foster DIY creativity. Then the company started releasing Mindstorm kits to turn static models into moving robots with a little programming magic -- but these were always aimed at older kids with some tinkering prowess. Algobrix, a brick-based system going live on Kickstarter today, aims to teach block-loving children the elements of coding without having to touch a computer.

Algobrix is a core set of function blocks labeled with symbols, not letters, so your early learners can figure them out before they've built up their vocabulary. Line them up the blocks railroad-style, hit "go" and your brick-built "Algobot" follows the instructions to move around, play audio or light up. There's also light, movement and sound sensor blocks to add environmental triggers.

But the system's great advantage is its compatibility with Lego blocks -- and the latest version of Mindstorms -- so kids can rig up all their existing sets and models. Algobrix is also a bit more affordable than Lego's robotics kits, starting at $150 for the basic set's early bird Kickstarter prices with an eventual sticker price of $300. All the reward levels include a slew of sample bricks, but Algobrix is primed to bring life to every piece of the Lego universe.

Source: Algobrix (Kickstarter)
In this article: algobrix, coding, gear, lego, programming, robots
All products recommended by Engadget are selected by our editorial team, independent of our parent company. Some of our stories include affiliate links. If you buy something through one of these links, we may earn an affiliate commission.