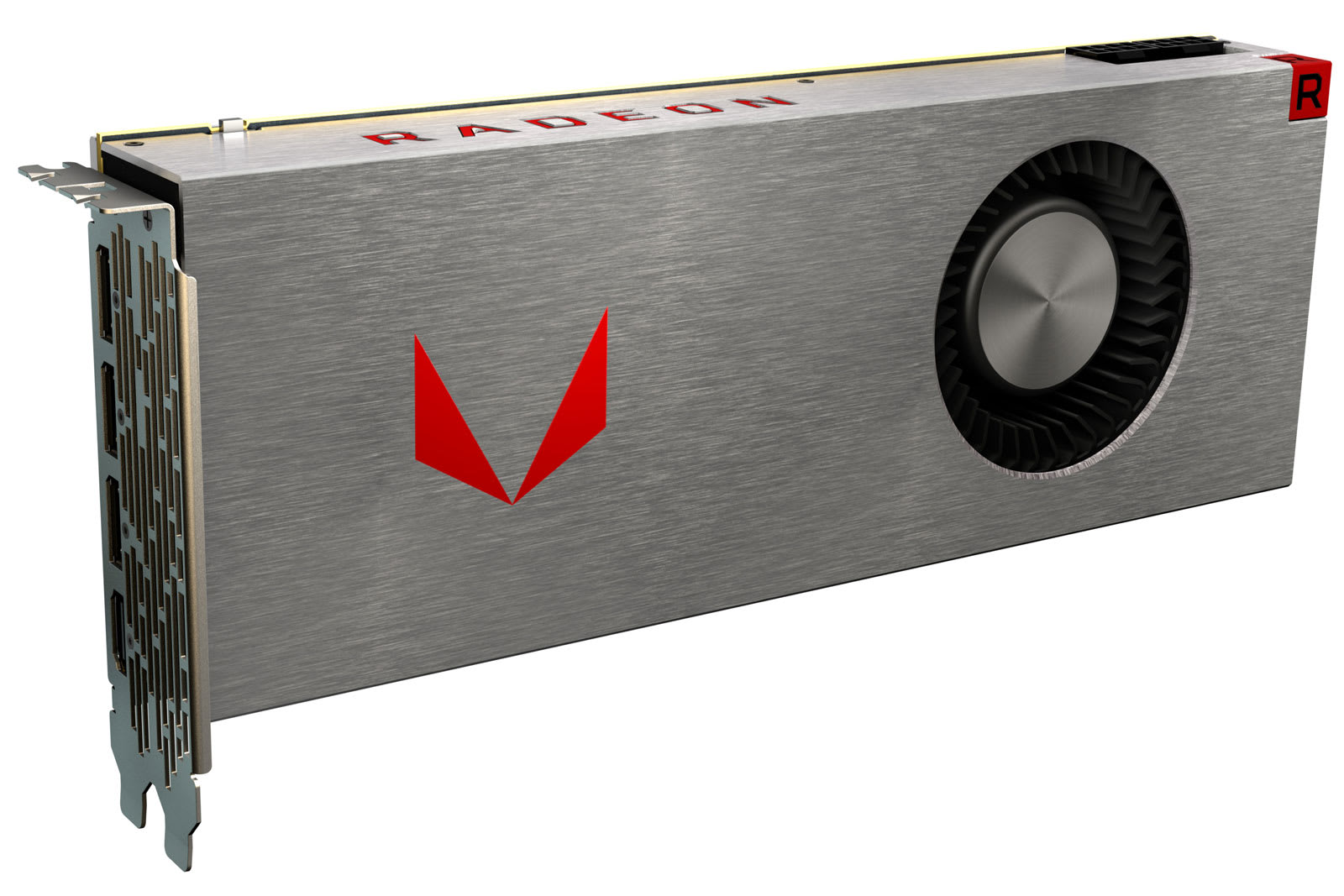 AMD has been content to cater to budget gamers with its graphics cards over the past couple of years, but it's ready to play in the big leagues once again. After plenty of leaks and no shortage of hype (Apple even name-dropped AMD at the iMac Pro debut), the chip giant has unveiled GPUs based on its high-end Vega architecture. The Radeon RX Vega series touts processors with numerous tweaks that promise to finally give AMD performance comparable to NVIDIA's higher-end offerings, including updated geometry and pixel engines, a high-bandwidth cache controller and support for multiple data operations per cycle. Overall, Vega promises twice the throughput per clock cycle and twice the memory bandwidth per pin of earlier Radeon hardware -- not the highest bar to clear given AMD's recent lack of top-end cards, but still a huge improvement.

AMD isn't providing the most extensive benchmarks to go with the Vega launch, but its emphasis is on baseline performance over peak frame rates. Its highest-end models should offer a minimum of 53 frames per second when playing numerous games on an ultra-wide 1440p monitor, which is comfortably higher than the 45 of NVIDIA's GeForce GTX 1080. AMD is almost certainly cherry-picking tests that favor its design (what about maximum FPS or 4K gameplay?), but it's reasonable to say that its fastest GPUs are at least competitive with those of its arch-rival, which is more than we could say for a long, long while.

Thankfully, the firm isn't leaning on speeds alone to reel you in. The RX Vega line can handle single-cable 5K displays, which are hard to find outside of the Mac ecosystem. A software plugin gives you the first hardware-accelerated playback for 4K VR video. And if you spring for the most advanced board, you'll get liquid cooling that promises both more headroom for overclocking and a quieter PC.

You might pay for more than you were expecting, though. The line starts off with the usual stand-alone cards, including the $399 Radeon RX Vega 56 (named for its 56 compute units) and $499 Vega 64 Air Cooled (logically, 64 compute units). However, AMD is pushing the concept of Radeon Packs that bundle two games (in the US, Prey and Wolfenstein II) and discounts on the prices of both a Samsung ultra-wide monitor as well as a Ryzen 7-plus-motherboard combo. You'll need to spend $100 more to get the Vega 56 and 64 Air boards with these packs, and the $699 Vega 64 Liquid Cooled is only available with a Radeon Pack. Also, be prepared to wait a little while: the whole Vega series ships on August 14th.

Oh, and the company has one more piece of gamer-focused news in store. Remember that ludicrous 16-core Threadripper processor? It finally has a release date. The $999 beast arrives on August 10th alongside a more modest 12-core CPU ($799), while a 'low-end' 8-core part ($549) shows up on August 31st. Threadripper is absolute overkill for most home users and is really meant for people who juggle many apps at once, or just want to show off and have money to burn. However, it was impressive enough that it prompted Intel to fire back with the Core i9. Clearly, both AMD and Intel see the value in over-the-top core counts, even if it's just to help sell processors to gamers that insist on the best hardware.

Source: AMD (RX Vega), (Threadripper)
Coverage: AnandTech
In this article: amd, cpu, gaming, gear, gpu, graphics, graphicscard, personal computing, personalcomputing, processor, radeonrxvega, ryzenthreadripper, threadripper, vega, vega10, video, videocard
All products recommended by Engadget are selected by our editorial team, independent of our parent company. Some of our stories include affiliate links. If you buy something through one of these links, we may earn an affiliate commission.