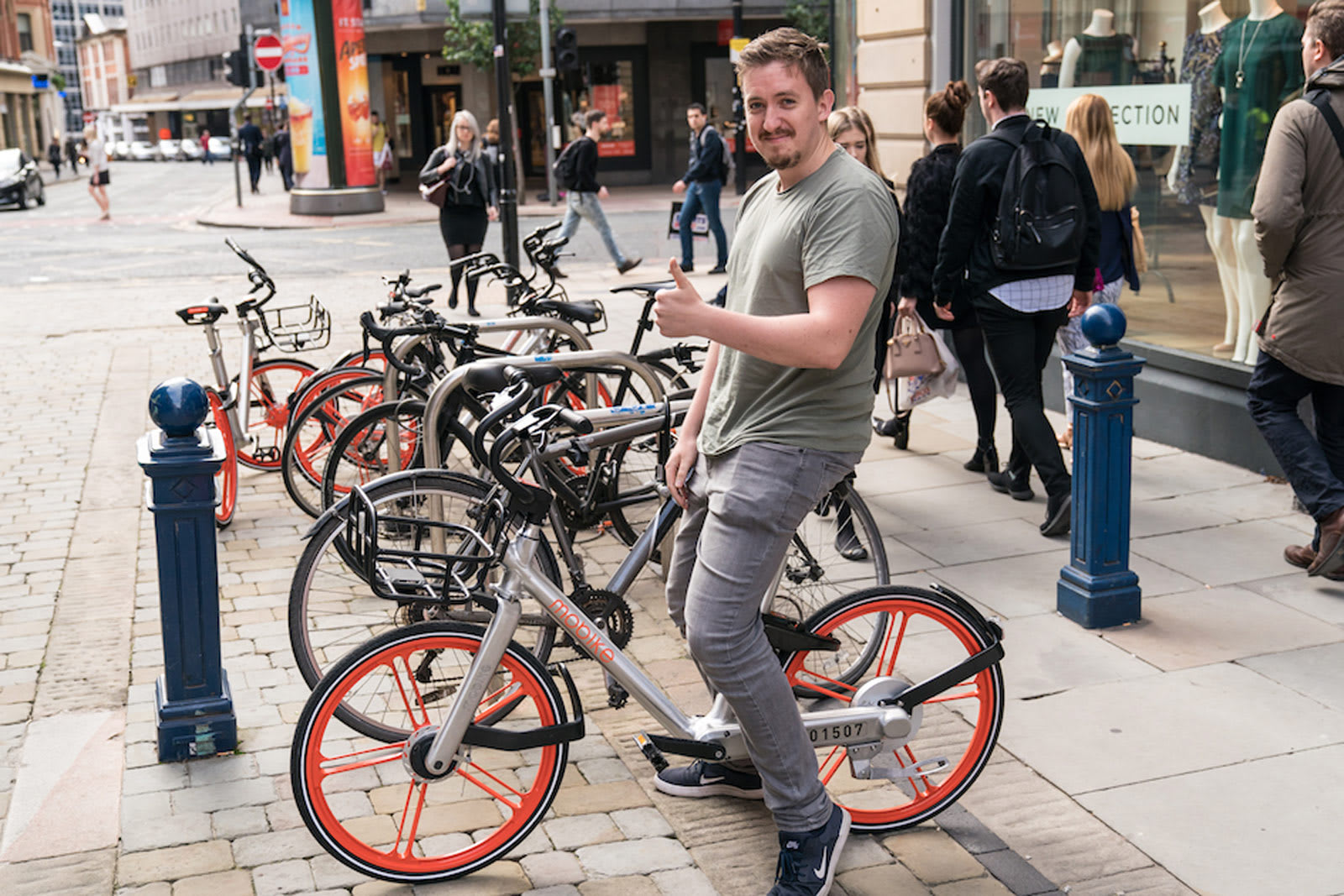 Competition over putting bums on the seats of rental bikes is hotting up in London, with Mobike today announcing an expansion of its dockless service into the capital in September. The company will start by parking 750 bikes around the London Borough of Ealing, primarily in Acton, and will add more as demand grows. This follows the launch of oBike in London, which operates an identical dockless bike rental scheme, just a few weeks ago.

If you're catching up, dockless rental schemes don't require you to pick up and drop off bikes at specific stations. You locate your nearest dormant bike via a mobile app, unlock it with your phone and then lock it back up anywhere it's legal to park a bike when you've completed your journey. This decentralised strategy has proven extremely popular in Asia, particularly in China, and several companies successful in that region have expanded into the UK this year.

There have been teething problems -- Mobike's initial launch in Manchester in June has been tainted by some petty vandalism, for example. What's interesting about Mobike's announcement is the emphasis the company's put on being the first council-backed scheme to come to London, suggesting oBike has, to some extent, taken a less formal approach.

It's important to play nice with local councils and Transport for London, because these bike rental schemes will inevitably feel the long arm of regulation before too long. Ofo was the first of the Asian bike rental giants to come to the UK earlier this year. It had to seriously scale back its Cambridge trial after the council raised concerns the bikes might clutter the city's pavements, and the company hasn't expanded elsewhere since.

So, Obike turned up in Hammersmith. And the bikes have already been served a highway obstruction notice. pic.twitter.com/jtJEFRPRsa

As soon as oBikes began rolling into the capital, some were hit with highway obstruction notices after being deemed a potential pedestrian hazard. In some Chinese cities saturated by tens of thousands of bikes, a lack of places to park them up has manifested in mangled piles of wheels at popular disembarkation spots.

Gaining the approval of one council doesn't solve all of Mobike's potential problems. Bikes can travel to other boroughs, and users have to be trusted to park them legally. With over 11,000 'Boris bikes' already taking up space in the capital, city-wide regulation is bound to end up dictating how many dockless players London is willing to entertain.

Source: Mobike
In this article: bicycle, BicycleSharing, bike, bikehire, gear, green, london, mobike, obike, ofo, transportation
All products recommended by Engadget are selected by our editorial team, independent of our parent company. Some of our stories include affiliate links. If you buy something through one of these links, we may earn an affiliate commission.