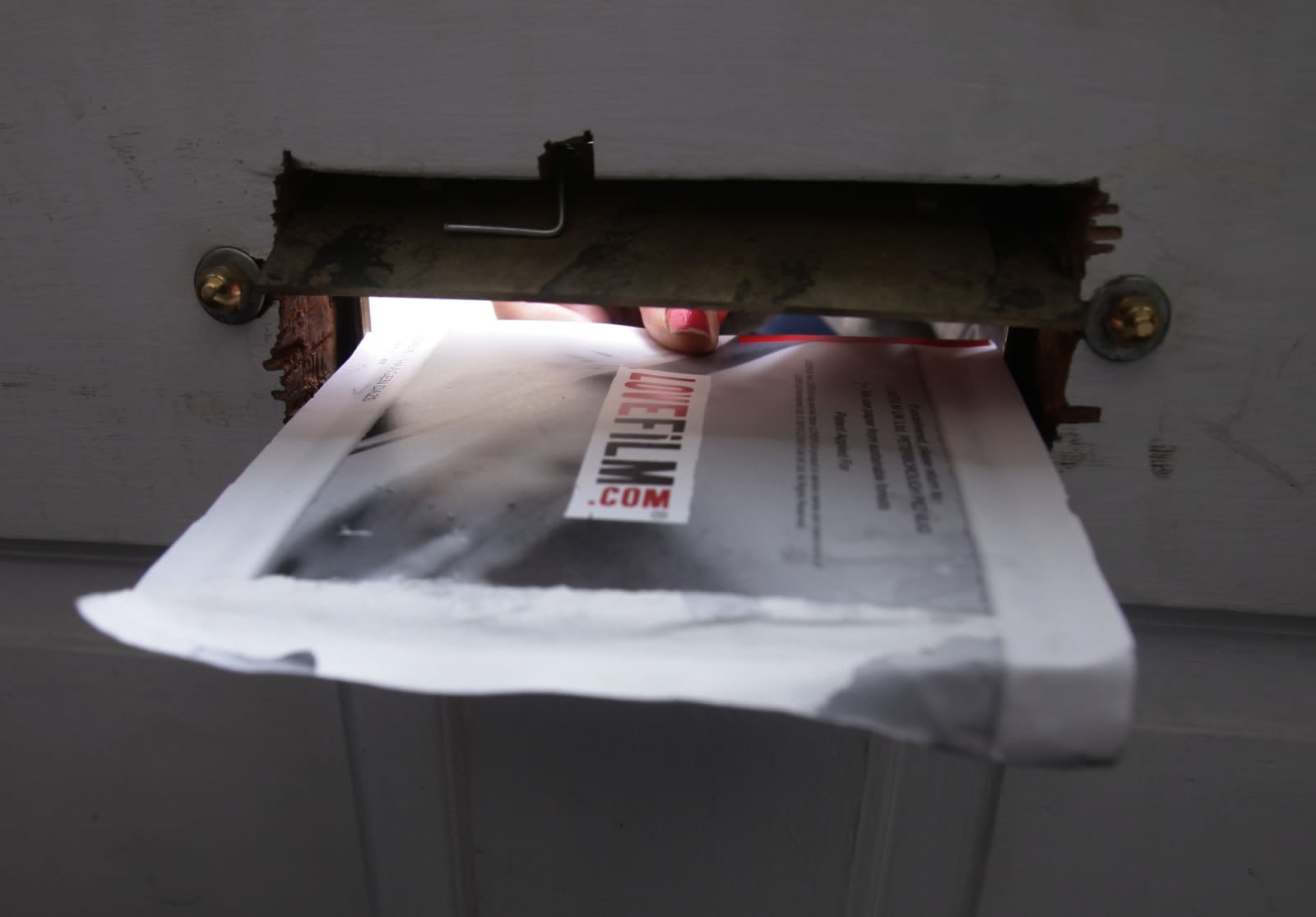 After starving Blockbuster to death, the streaming age is preparing to mount another head on its wall. Lovefilm By Post -- yes, the subscription movie rental service you forgot about long ago -- has begun notifying the last, loyal holdouts that it's shutting up shop on October 31st. The culprit, of course, is all those newfangled, convenient streaming services that have slowly stripped consumers of their desire to wait for DVDs and Blu-rays to pop through the letterbox.

Amazon, which operates Lovefilm By Post, is predictably pushing subscribers in the direction of Prime Video, and is sweetening the deal with £15 off the cost of a Fire TV Stick. DVD and Blu-ray rentals will still be available up until the end of October, though, and Amazon won't be billing subscribers for that final month. The service is also shutting down in Germany, the only other European country it still serves, on the same day.

I guess it's been a long time coming but @lovefilm by post service to close 31st October pic.twitter.com/Vq1rpFX0l1

In a way, Lovefilm is partly responsible for the demise of its own postal option. Many moons ago, Lovefilm used to run a streaming service in parallel with its rental offering. It became a relatively big player through various acquisitions, even relieving Amazon of its DVD rental arm in 2008. The house that Bezos built returned the favour in 2011, purchasing Lovefilm in its entirety. A few years later, the streaming side of things was absorbed into Amazon Prime Video, making the rental service a separate subscription and the last thing bearing the Lovefilm name.

The idea of getting your movie fix by post might seem seriously old fashioned now, but the demise of Lovefilm actually leaves something of a hole in the market. There's a reason streaming services like Netflix don't carry the latest titles. Studios want to make sure they're squeezing as much money as they can out of new films through purchases and rentals before selling blanket streaming licenses. You can buy digital copies of movies as soon as they are released on DVD/Blu-ray, or pay a couple of quid to rent them for a watch or two.

Lovefilm By Post, however, was an unlimited service. The top, £12 per month tier (£10 for Prime subscribers, naturally) offered unlimited rentals, which is something that simply isn't replicated by streaming services these days -- the way streaming licences work makes this impossible. It was inevitable Lovefilm By Post wasn't going to be viable forever, but come October 31st, we're not just losing a forgotten rental service, but one of the last unlimited movie subscriptions of its kind.

This post has been edited to reflect that other unlimited rental services exist, namely Cinema Paradiso.

Via: Robert Purchese (Twitter)
Source: Amazon
In this article: amazon, amazonprime, amazonprimevideo, av, entertainment, lovefilm, lovefilmbypost, rentals
All products recommended by Engadget are selected by our editorial team, independent of our parent company. Some of our stories include affiliate links. If you buy something through one of these links, we may earn an affiliate commission.