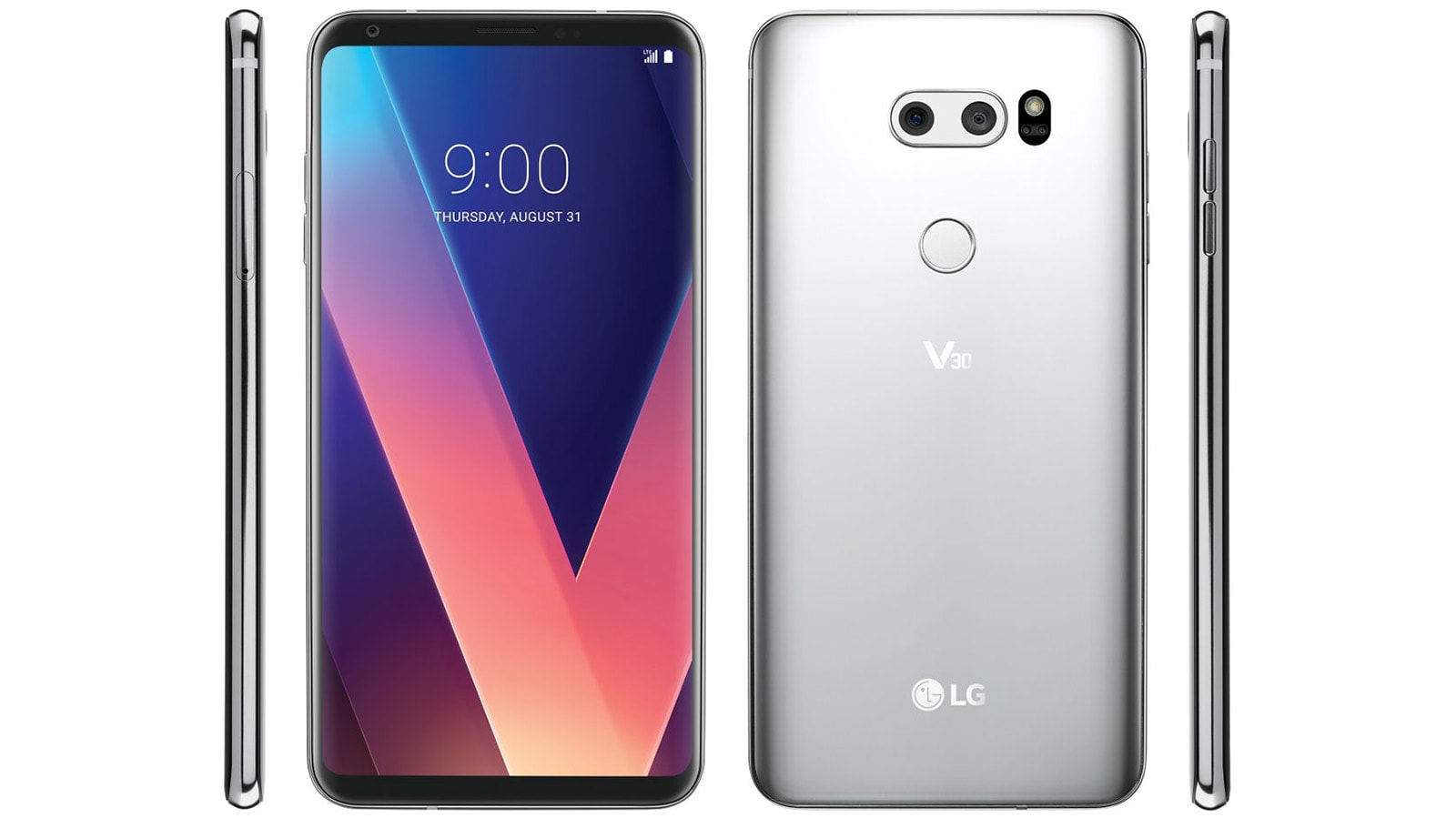 We already knew that LG's incoming V30 smartphone would have one of the best cameras on the market, face and voice unlocking, a 6-inch, 18:9 OLED screen and high-end specs. Now we can see the exact design, thanks to a new image from leaking champ Evan Blass. The phone looks frankly quite handsome, with a near-bezel-free front like the Galaxy S8. Unlike that model, though, it has better rear layout, placing the fingerprint sensor below, not beside the camera. The camera is also better integrated, rather than sticking out like a lump as it does on the V20.

The V30, like its V20 and V10 siblings, will have better camera performance, too. LG has already bragged about the f/1.6 aperture, the lowest available on a smartphone, and the glass, rather than plastic lens. Together, those features will allow better low-light performance and reduce edge distortion, LG says. Past V-models have featured strong audio recording and playback, so we'd expect that to remain on the V30.

It will likely have a high-end Qualcomm Snapdragon 835 chip, but LG seems to have sacrificed the removable backplate and battery on the V20. As expected, it has also done away with the gimmicky second screen at the top. Overall, LG has taken everything we liked about the last two models, improved them, and then wrapped them in an elegant, understated body that finally doesn't scream "awkward."

Source: Evleaks
In this article: 6-inch, Bezels, gear, lg, mobile, OLED, Smartphone, V30
All products recommended by Engadget are selected by our editorial team, independent of our parent company. Some of our stories include affiliate links. If you buy something through one of these links, we may earn an affiliate commission.