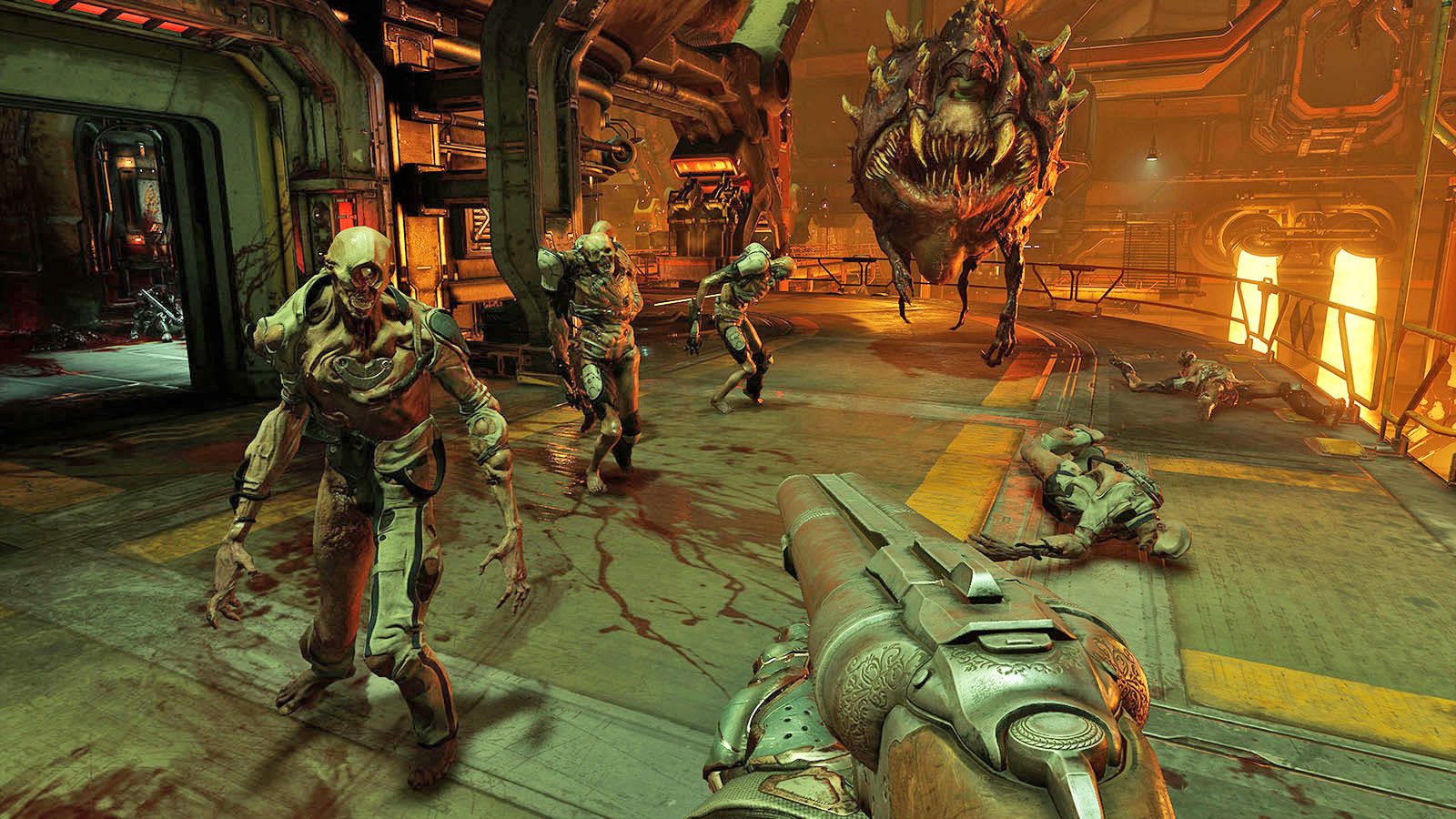 The biggest beef for VR gamers is the lack of, well, VR games. That's about to change soon thanks to Bethesda, which revealed that all three of the VR titles it announced previously will be coming to the Playstation VR and HTC Vive by the end of the year. And those titles should have you salivating: Doom VFR arrives on December 1st to the PSVR and HTC Vive, Fallout 4 VR hits the Vive on December 12th, and Skyrim VR will land on the PSVR on November 17th.

Bethesda also released some more info and a teaser (below) for Doom VFR, noting that it's been fully revamped for virtual reality (yes, the "F" stands for what you think it does). "It's every bit as fast. It's just a different type of movement," CTO Robert Duffy says. Game Director Marty Stratton adds that "it's going to be different than a lot of the stuff they play in VR."

The games will be standalone for VR, and not available as an upgrade from the existing versions. Fallout 4 VR will run $60, but there's no word on whether it'll have the same expansion packs as the non-VR one. Doom VFR, by comparison, will be relatively cheap at $30, but for that you'll get less content than the regular game. Skyrim Playstation VR buyers will get everything available on the current Skyrim for $60.

We may learn a bit more about the games this Thursday, when Bethesda's Quakecom 2017 gets underway in Texas. You can count on none of them coming to the Oculus Rift, though. That's because of a legal battle between Bethesda owner Zenimax and Oculus parent Facebook, and unfortunately, it's Oculus Rift owners who are getting the shaft here.

Source: Bethesda
In this article: Bethesda, Dates, DoomVFR, Fallout4VR, gaming, HTCVive, PSVR, Release, SkyrimVR, wearables
All products recommended by Engadget are selected by our editorial team, independent of our parent company. Some of our stories include affiliate links. If you buy something through one of these links, we may earn an affiliate commission.