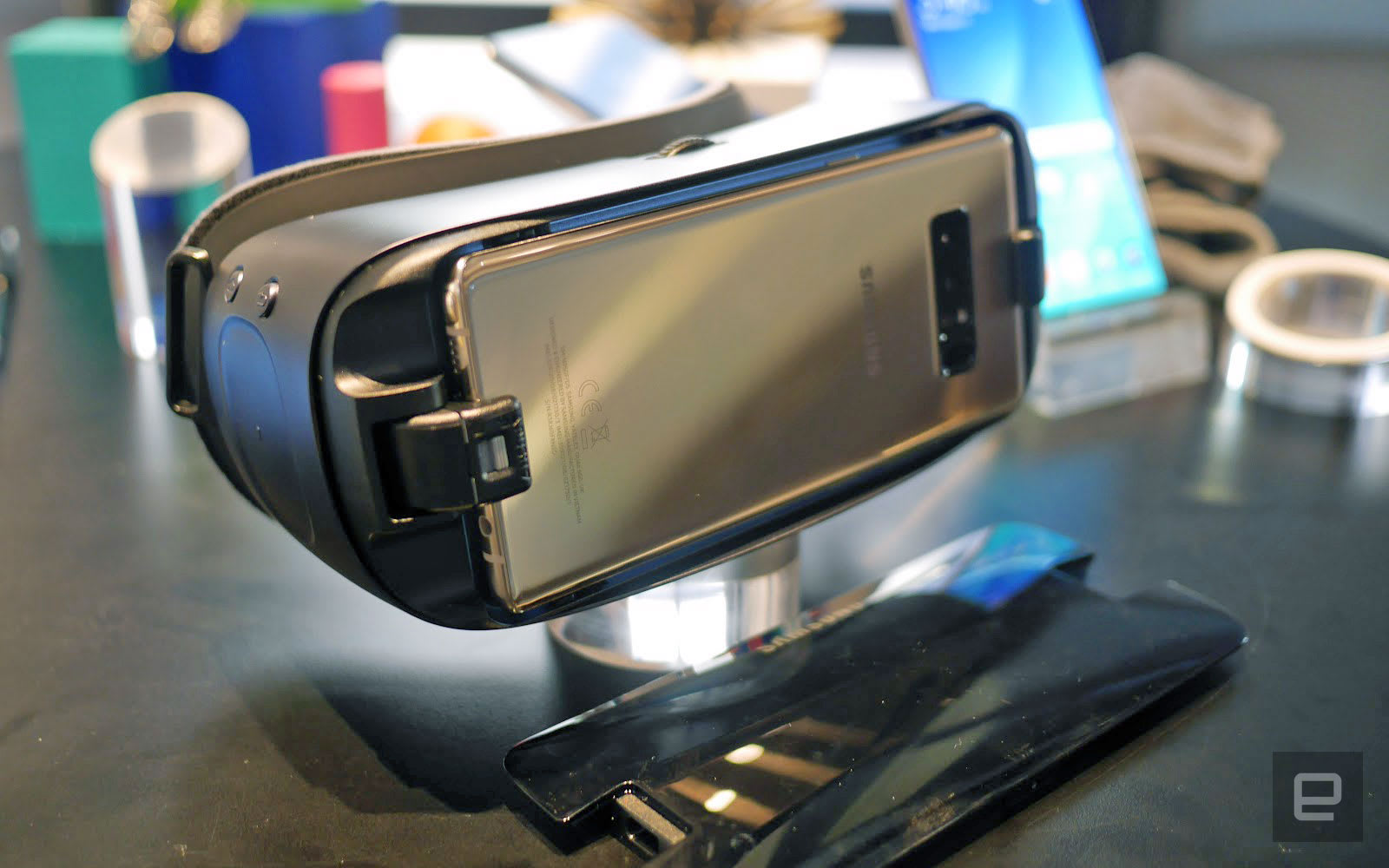 Thanks to its tie-in with Oculus, Samsung's Gear VR has had the most content and arguably the best image quality of any mobile virtual reality headset since it launched. It has improved ever since, and the model unveiled with the Galaxy S8 finally included a controller. At its Galaxy Note 8 event, Samsung has launched yet another Gear VR with Controller (its sixth) to go with its latest big smartphone. The changes are small, but there are a few.

First off, here's what's not new: The Note 8 has QHD+ resolution like the Galaxy S8 and not 4K as many hoped, so obviously the Gear VR won't have better resolution either. The design, weight, colors and other factors have also stayed largely the same.

Samsung didn't offer much detail on the new Gear VR, but here's what we do know. It has a brand-new controller, and it's larger to accommodate the bigger Note 8. Those onboard volume controls are gone as well. For now, that's all the company has revealed, which likely means the "new" headset is similar to its predecessor, but it can get cozy with the newly announced phablet.

On the bright side, the new Gear VR will be available for pre-order starting tomorrow for $130 at Samsung.com, Amazon, Best Buy, AT&T, Sprint, Verizon and US Cellular. It'll go on sale on Sept. 15th at those shops, along with T-Mobile and other resellers.

In this article: GalaxyNote8, gear, GearVR, note8event, samsung, wearables
All products recommended by Engadget are selected by our editorial team, independent of our parent company. Some of our stories include affiliate links. If you buy something through one of these links, we may earn an affiliate commission.