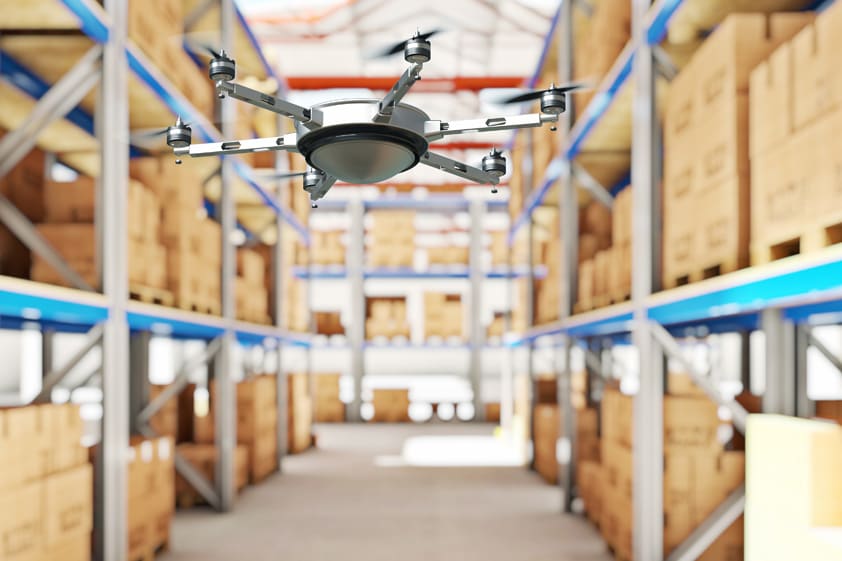 Imagine a warehouse buzzing with tiny drones that automatically track and monitor inventory from afar, leaving workers free to manage and move material. That's the new system developed by MIT researchers, which could prevent mismatches and help employees find particular items faster on top of looking really cool with a bunch of worker drones zipping around.

Most importantly, small drones fly around safely as they read RFID tags on inventory from "tens of meters away" with a 19 cm margin of error, according to a report introducing the system. But warehouse-safe tiny UAVs aren't big enough to carry RFID readers that reach such a range -- so the MIT researchers simply made the drones relay signals from standard readers to items and back. That means these little fleets can work with existing RFID-reading systems, software and tags.

"Between 2003 and 2011, the U.S. Army lost track of $5.8 billion of supplies among its warehouses," says Fadel Adib, the Sony Corporation Career Development Assistant Professor of Media Arts and Sciences, whose group at the MIT Media Lab developed the new system. "In 2016, the U.S. National Retail Federation reported that shrinkage — loss of items in retail stores — averaged around $45.2 billion annually. By enabling drones to find and localize items and equipment, this research will provide a fundamental technological advancement for solving these problems."

RFID isn't the flashy tech it once was, with flash-in-the-pan applications to preserve sake, track aquarium wildlife or update patient tracking in hospitals. But it's still used in plenty of warehouses, so MIT's system, cutely titled RFly in the research team's paper, could be a novel way to autonomously keep track of inventories. Especially whenever Amazon's drones start flying deliveries directly from warehouses.

Source: MIT News
In this article: drones, gadgetry, gadgets, gear, inventory, massachusetts institute of technology, mit, warehouse
All products recommended by Engadget are selected by our editorial team, independent of our parent company. Some of our stories include affiliate links. If you buy something through one of these links, we may earn an affiliate commission.