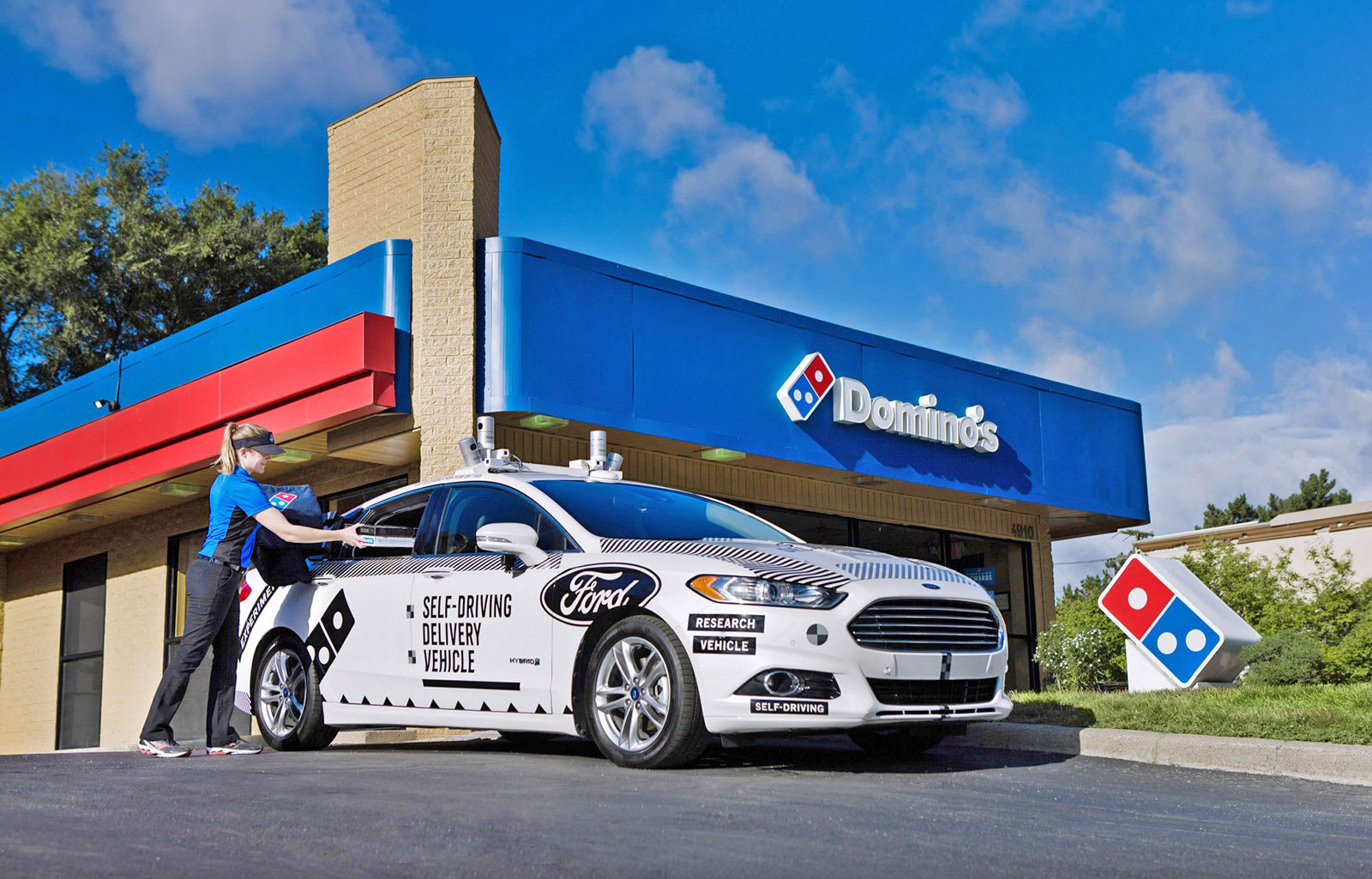 Domino's has been experimenting with high-tech delivery methods for years, from UAVs to drones with wheels. This time, the pizza chain might send a self-driving Ford Fusion to deliver your food if you're in Ann Arbor, Michigan. Domino's has teamed up with the automaker to test people's response to an autonomous delivery car. They'll use one Fusion equipped with all the trappings of a self-driving vehicle, including Ford's full suite of cameras, sensors, radar and LIDAR, to deliver pizza for the month-long test.

Despite the full equipment, a human engineer will be behind the wheel, since the test is all about observing customers' reactions. He'll be hidden behind tinted windows, though, and won't be ringing anybody's doorbell. Customers who agree to be part of the trial will get a text when their order arrives. They'll then have to walk out, meet the car, punch in the last four digits of their phone number on a touchscreen display installed at the rear passenger-side window and take out the pizza from a warming oven inside.

The partners will be keeping an eye on whether customers are willing to meet the self-driving car at the curb or if they want it to park in their driveway. They'll observe how long it takes for people to punch in their codes and to take out their pizza from the oven. Most importantly, the test will help them determine if people are inclined to touch the car's pricey LIDAR system spinning atop the vehicle. Ford will tweak the self-driving Fusion based on the trial's results -- we'll bet the LIDAR system will end up hidden inside a tough casing if customers can't stop themselves from touching.

The trial is a perfect fit for the automaker's vision for its self-driving vehicles. Like many other companies working on autonomous vehicles, Ford aims to develop a self-driving car with no steering wheel, brake and accelerator pedals. The automaker plans to use them for ride-sharing fleets, but it believes the vehicle has many other potential applications, including delivery. Sherif Marakby, Ford VP of autonomous and electric vehicles, said:

"It's not just ride-sharing and ride-moving or people moving, but it's also moving the goods. We develop the plan to go to market as we develop the tech. We work with partners (and) this is one example. There will be more in the future."

Source: Ford Motor Company, The Detroit News, Bloomberg
In this article: autonomous, business, delivery, dominos, food and drink, food-and-drink, foodanddrink, ford, fordfusionhybrid, gear, pizza, selfdriving
All products recommended by Engadget are selected by our editorial team, independent of our parent company. Some of our stories include affiliate links. If you buy something through one of these links, we may earn an affiliate commission.