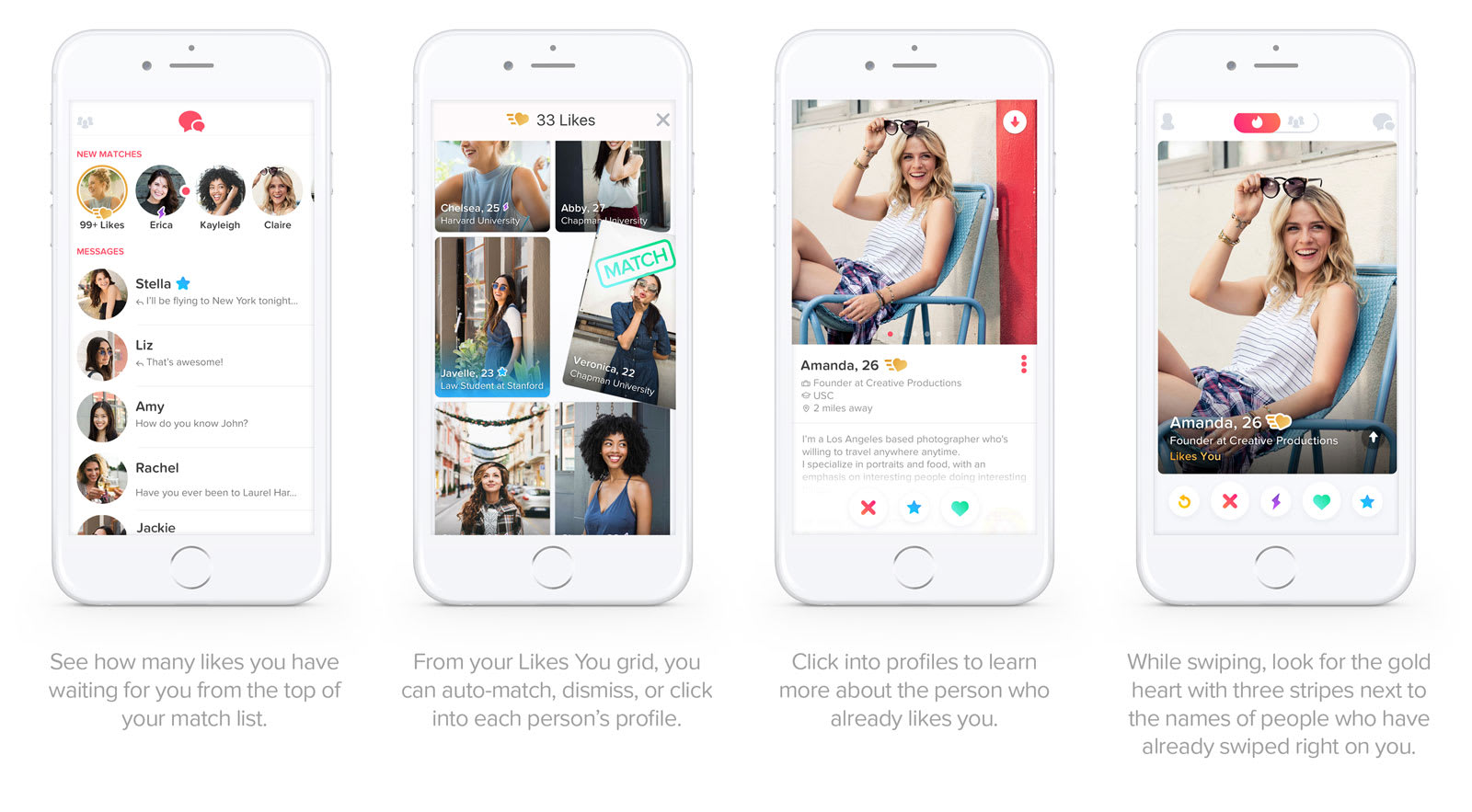 Tinder has been trying out its Gold subscription service in a handful of countries since June, and now it's launching the experimental tier worldwide. Pay $5 per month on top of Tinder Plus (this price isn't set in stone) and you can find out who likes you without having to swipe through an endless sea of profiles. In that sense, it's more like a classic dating site -- you can go straight to the people who fancy you and match up with the ones who pique your interest. You also get other premium Tinder features like Passport, Rewind and one Boost per month.

The service already has plenty of paid features, but they tend to be one-shot purchases with short-term usefulness. Gold, in theory, is an evergreen option -- so long as you're still on the dating scene, you can make use of it. That's good if you're genuinely interested in romance and don't want to waste time, but it's also good for Tinder's bottom line. Instead of watching its income fluctuate, it could have a relatively steady flow of cash from Gold subscribers who want to get the most out of the app.

Via: TechCrunch, Buzzfeed
Source: Tinder
In this article: android, app, dating, datingapps, gear, internet, ios, mobile, services, sex, tinder, tindergold
All products recommended by Engadget are selected by our editorial team, independent of our parent company. Some of our stories include affiliate links. If you buy something through one of these links, we may earn an affiliate commission.