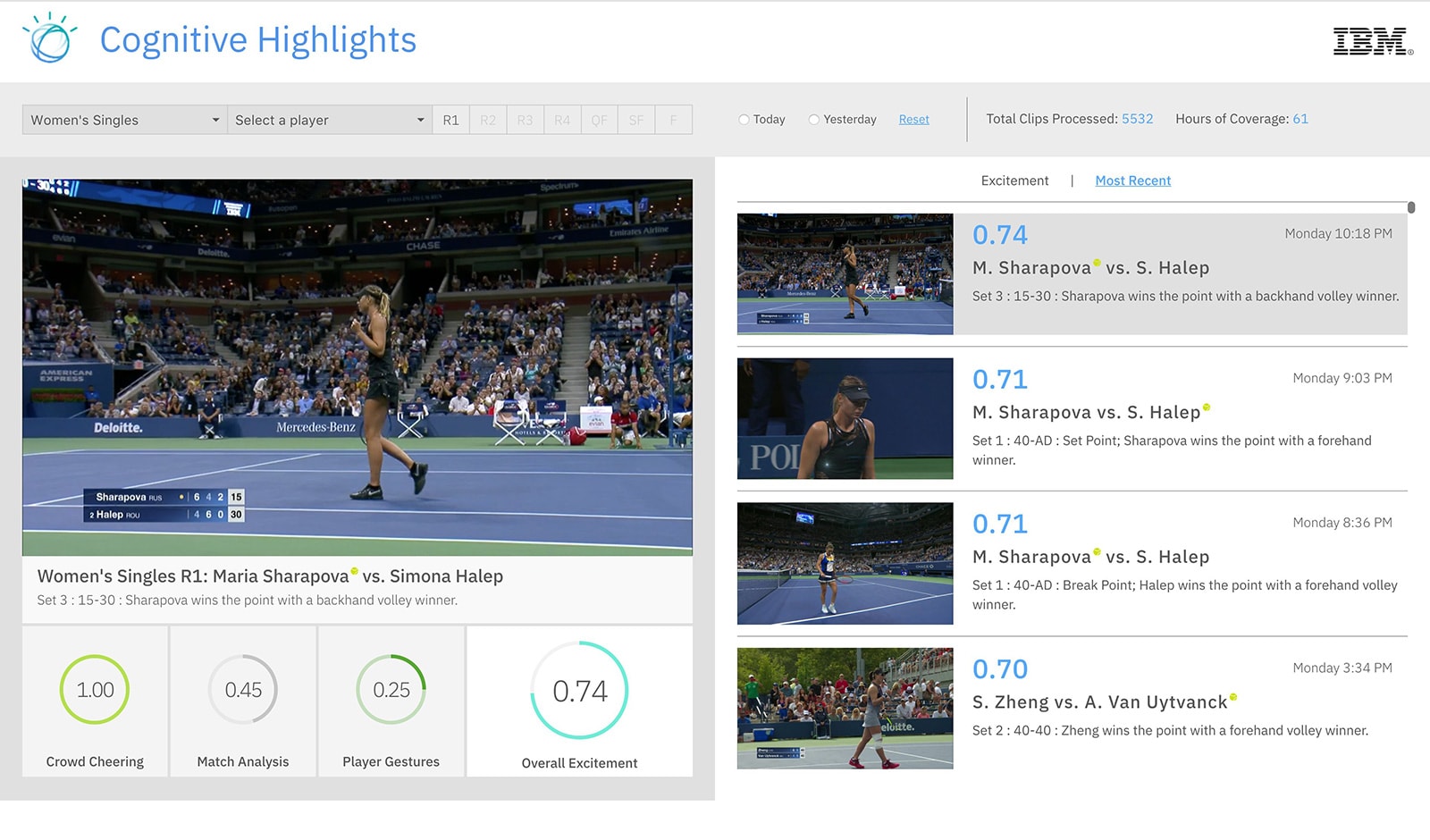 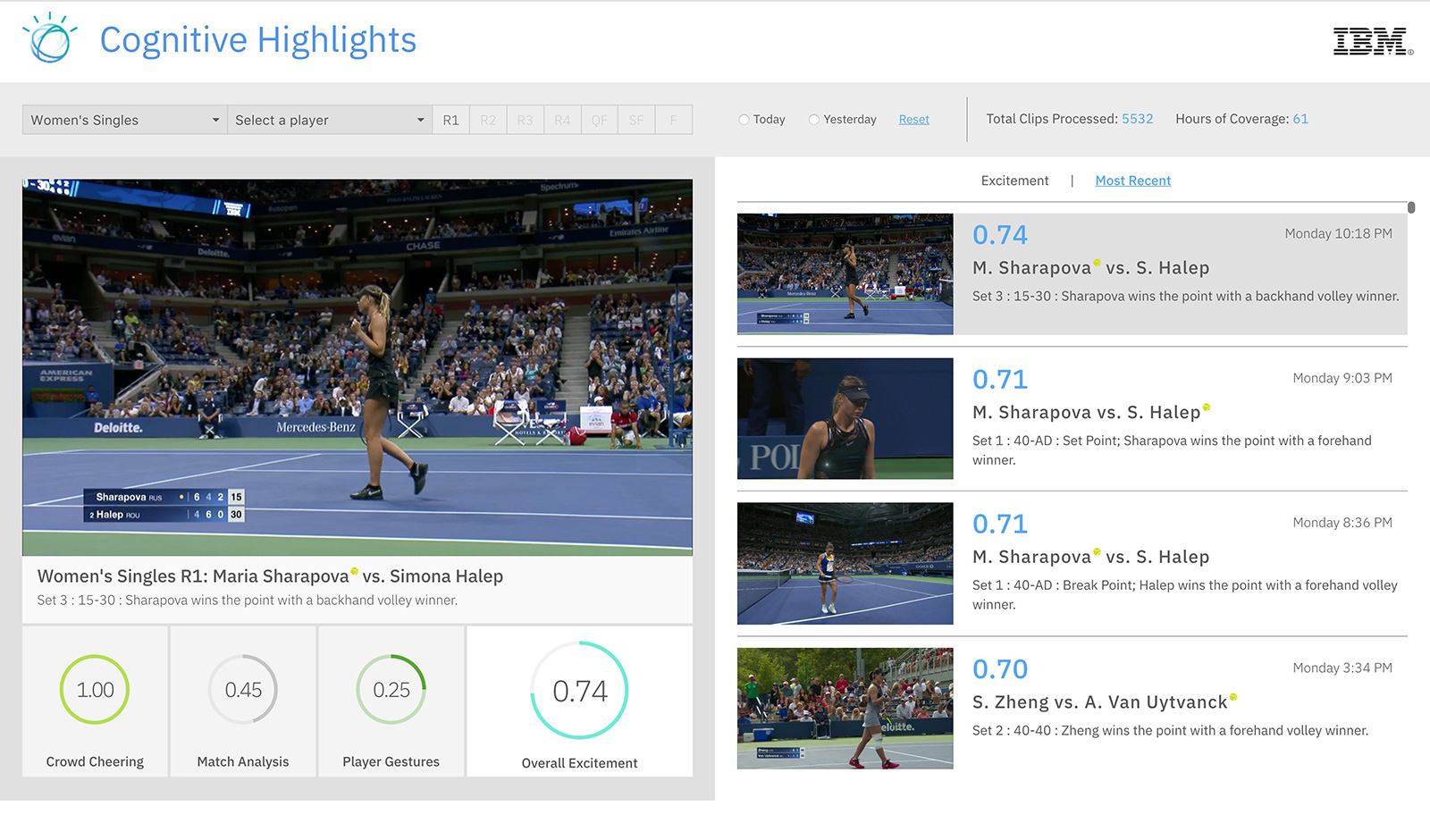 When it's not busy healing America's broken criminal sentencing system, Watson is creating highlight videos of tennis matches. That's probably one of the things one could say if IBM's AI system were human. The tech titan has just launched a suite of Watson-powered AI solutions for its enterprise customers, and the US Open is already using one of them to generate highlights of its matches. IBM calls the suite "Watson Media," and the US Tennis Association is using one of its features called "Cognitive Highlights."

This particular solution finds the most exciting parts of a match by analyzing the crowd's cheers, as well as the players' gestures and facial expressions. It then automatically generates videos of the most thrilling moments, which are then posted on Facebook and published on the US Open apps.

Noah Syken, IBM VP of Sports & Entertainment Partnerships, explained that USTA turned to Watson for help, because there could be as many as 18 matches going on at the same time. Even the fastest video team will have a hard time analyzing matches and stitching the best moments together as they happen. It probably also helped that IBM tested Cognitive Highlights as a proof of concept at the Master's Tournament earlier this year, and Wimbledon also used the technology to generate some videos.

In addition to Cognitive Highlights, the US Open is also using Watson's Conversation API to power its Cognitive Concierge app. Just like Wimbledon's Watson-driven assistant Fred, it can help guests find dining and shopping options, as well as other services, around the venue.

Watson Media has more to offer besides these two, though: the other solutions can transcribe audio for closed captions, can identify violence and adult language in videos that need to be screened more closely and can provide more informed content suggestions for video platforms. Since any company can avail of all these solutions (and more), we'll likely come across the Watson-powered capabilities often in the future.

Source: IBM
In this article: cognitivehighlights, gear, IBM, ibmwatsonmedia, internet, watson
All products recommended by Engadget are selected by our editorial team, independent of our parent company. Some of our stories include affiliate links. If you buy something through one of these links, we may earn an affiliate commission.