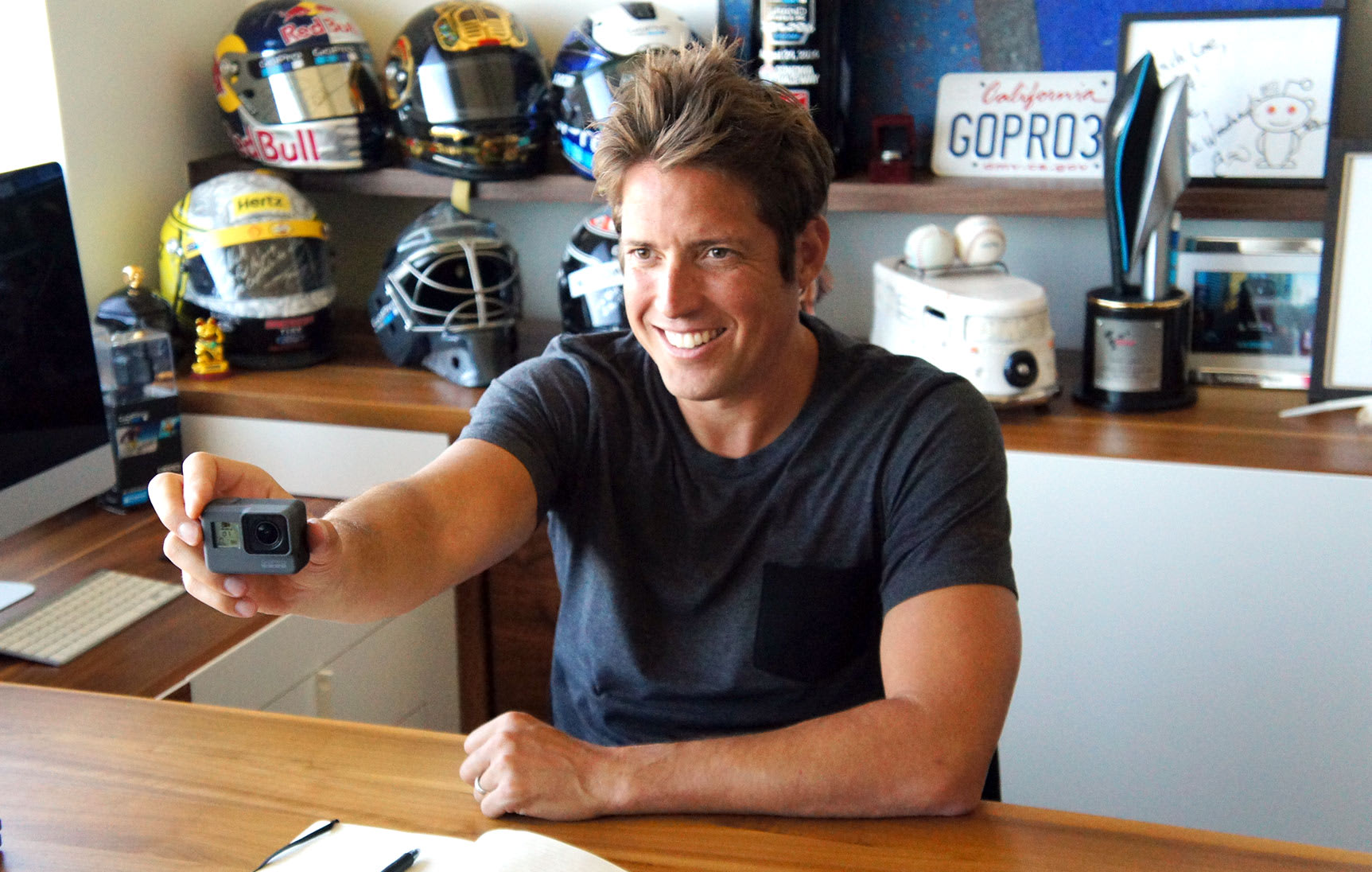 "When I first was listening to our team's desire to make a chip, I felt a bit of anxiety, like, are we getting a bit ahead of ourselves? This might be beyond what our capabilities are," Nick Woodman, GoPro founder and CEO, told me in a rare break from his boyish bombast.

His anxiety stems from a narrative in the media over the past year or two that GoPro can't seem to shake. Share prices slid sharply in 2015, divisions closed and staff were let go. Since then, the message has been clear: GoPro is in trouble. Except apparently Woodman didn't get that memo. Either that or he knew what his company has been working on over the past three years: a custom image processor called the GP1. It's a chip that makes the Hero 6 the first GoPro built to the company's own specification, and it could change everything.

"We've finally been able to make a GoPro without compromises. We haven't had to work around somebody's else chip design and chip limitation," Woodman said, returning to form. The "somebody else" in that sentence refers to Ambarella, the company that's made the processor for almost every GoPro up to this point -- and the processor for most other action/drone cameras on sale right now, for that matter. Woodman is enthused about GP1 for a number of reasons I'll soon learn, but key among them all is the fact that GoPro is no longer sharing technology with its rivals. 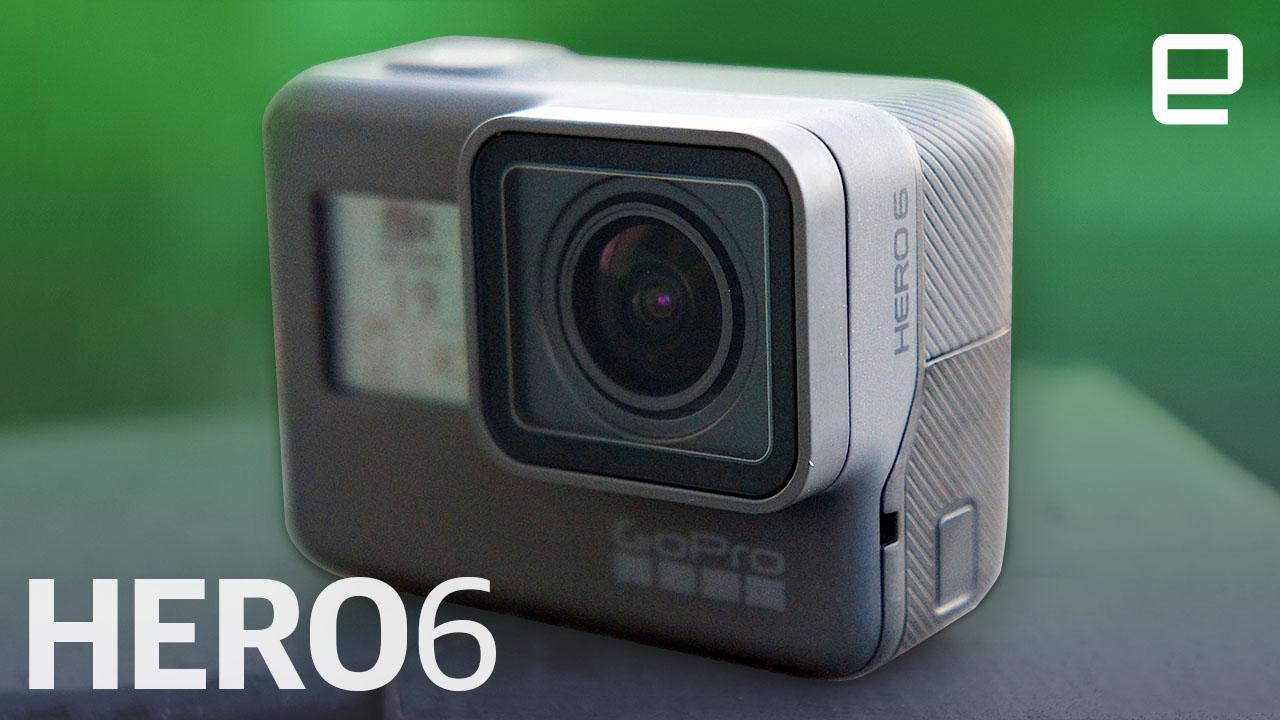 GoPro fans might not be too excited about the GP1 right now. After all, it's not a feature that easily translates to an in-store display. Some cynics might also dismiss the divorce from Ambarella as a mere cost-saving move. Woodman would partly agree with them.

"People are sometimes confused about how much it costs to build a GoPro," he said. "How much it costs to design, engineer, manufacture, distribute. It's an expensive business, and unfortunately, over the last couple of years, it's not always easy to run profitably." The GP1, then, is also part of the reason why his company stands a good chance of getting back in the black. "If we didn't design the GP1 chip ourselves, Hero 6 Black would be much more expensive than it is today."

Whether that will appease the GoPro faithful who are being asked to pay $100 more for the Hero 6 ($499) at launch than the Hero 5 when it came out remains to be seen. The Hero 5 ushered in a new design, after all. It was waterproof without a case and had a slew of usability improvements. The Hero 6 is trading on improved image quality, better dynamic range, enhanced slo-mo and higher frame rates. These are less-tangible concepts to the average person reading the box in Target, even if they matter a lot more.

"I think that's one of the things it's got going for it: [The Hero 6's footage] looks much less 'GoPro-y,' than in the past," said Abe Kislevitz, GoPro's senior creative director, when I asked him about it. "[That] GoPro look, where it's a little yellow, or it's a little soft." He's referring to those telltale signs that GoPro videos can have. "[When testing the Hero 6] I didn't have to touch the color at all."

You shouldn't trust Kislevitz though. Search Google for his tutorials and you'll realize he could probably wrangle a beautiful image out of a sheet of paper and a cardboard tube. Kislevitz likely sensed my speculation and showed me unedited images of the same scene taken with the Hero 5 and Hero 6. The color and dynamic range in the Hero 6 was undeniably improved, but I still had to learn why this was so. 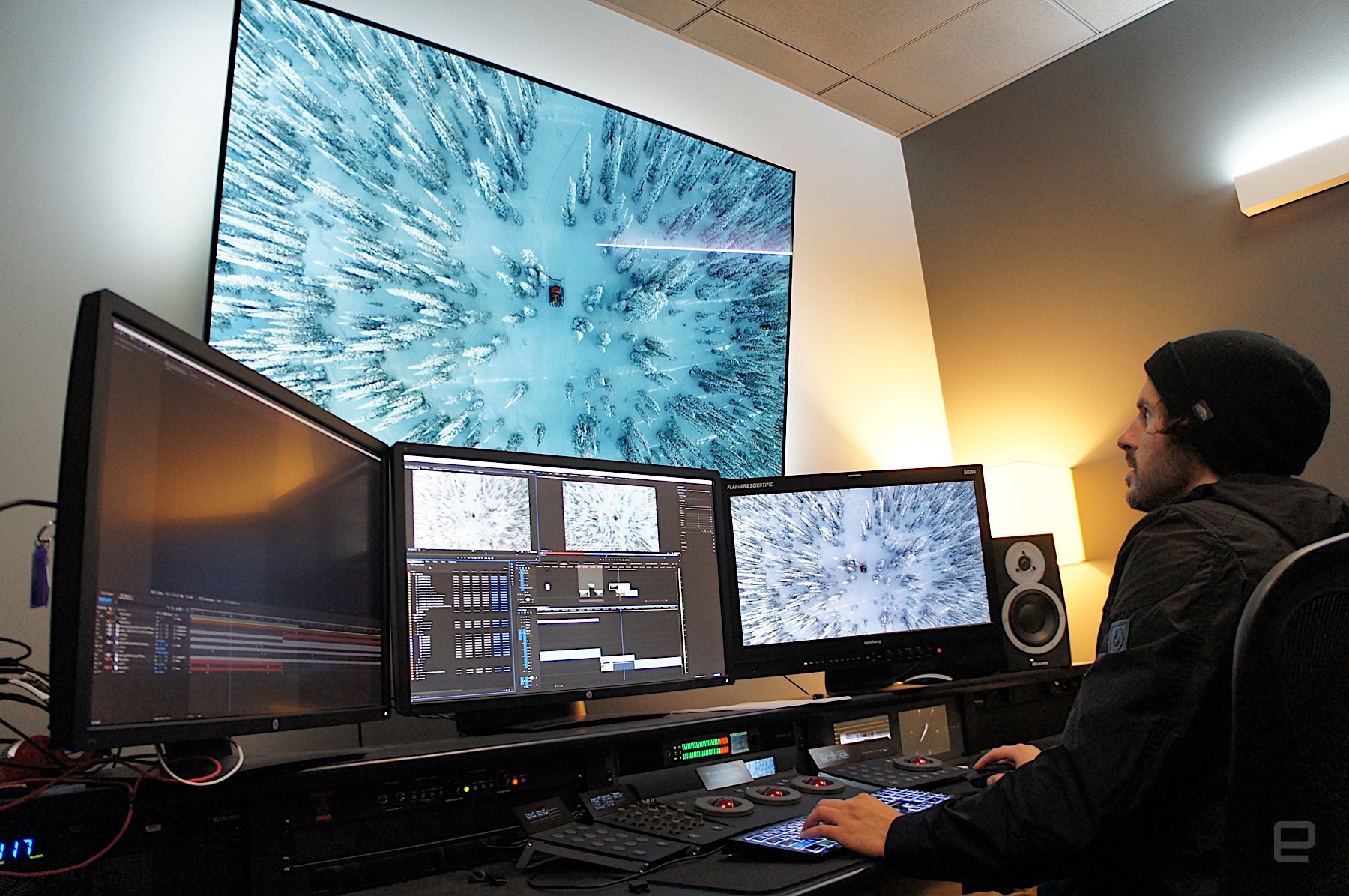 Sandor Barna, VP of Hardware Engineering, was able to share why. "We're able to study the scenes as they're coming [into the camera] and adjust the mapping of color and mapping of exposure to what's displayed to really make it more pleasing," he said. It's a process called tone mapping, and it's one of the many benefits that GP1 allows. Another is bespoke HDR. With the camera able to shoot 12-megapixel stills at the rate of 120 per second, you can capture multiple exposures just fractions apart in time (so no motion or blur).

The Hero 6 isn't lacking in marquee features though. There's a new "wake on voice" mode so you can rouse your camera from its slumber many hours after switching it off. There are those aforementioned HDR photos as well as improved image stabilization (it's still EIS, but it can now stabilize in more directions, so less warping). And don't forget the usual slew of things that are faster/better (file transfer speed, frame rate, low light performance, et cetera).

What's especially telling is how GoPro weathered its recent stormy years. The drone problems, the ambitious media aspirations, the constant tap on the shoulder from shareholders. All the while it knew it was working on something different. Something potentially make-or-break. To make such a fundamental change with so much noise going on requires a lot of faith. Or bravado. Possibly both.

GoPro is in good company. Making your own processor gives a level of ownership to your product that few can deny. Samsung makes its own silicon. So does Apple. Apple in particular has been relying on its own silicon for years in the iPhone, and it's doing fine by most standards.

Much like GoPro, Apple has been the company to beat in its respective market. Excited fans therefore have high expectations each time there's a new product and complain when older technologies are positioned as state-of-the-art features (wireless charging? mobile payments?). GoPro suffers the same expectations and criticisms (just read this subreddit for more than five minutes), yet it's still the action-camera brand that most people reach for.

"I think what's most exciting about GP1 is we've yet to tap its full potential," Woodman told me. "With every new release of a new GoPro, we come out with firmware updates that unlock new features, new performance. That's especially true with Hero 6 Black." The difference this time is that these updates can be much further reaching. When someone else controls your processor, your limits are defined by them. GoPro has an opportunity here to make its cameras work with its other products (Karma, most notably) in new ways.

"No, you're onto something," Woodman told me when I asked about exactly that (Karma integration). "GP1 is a major step toward us being able to optimize the GoPro ecosystem." 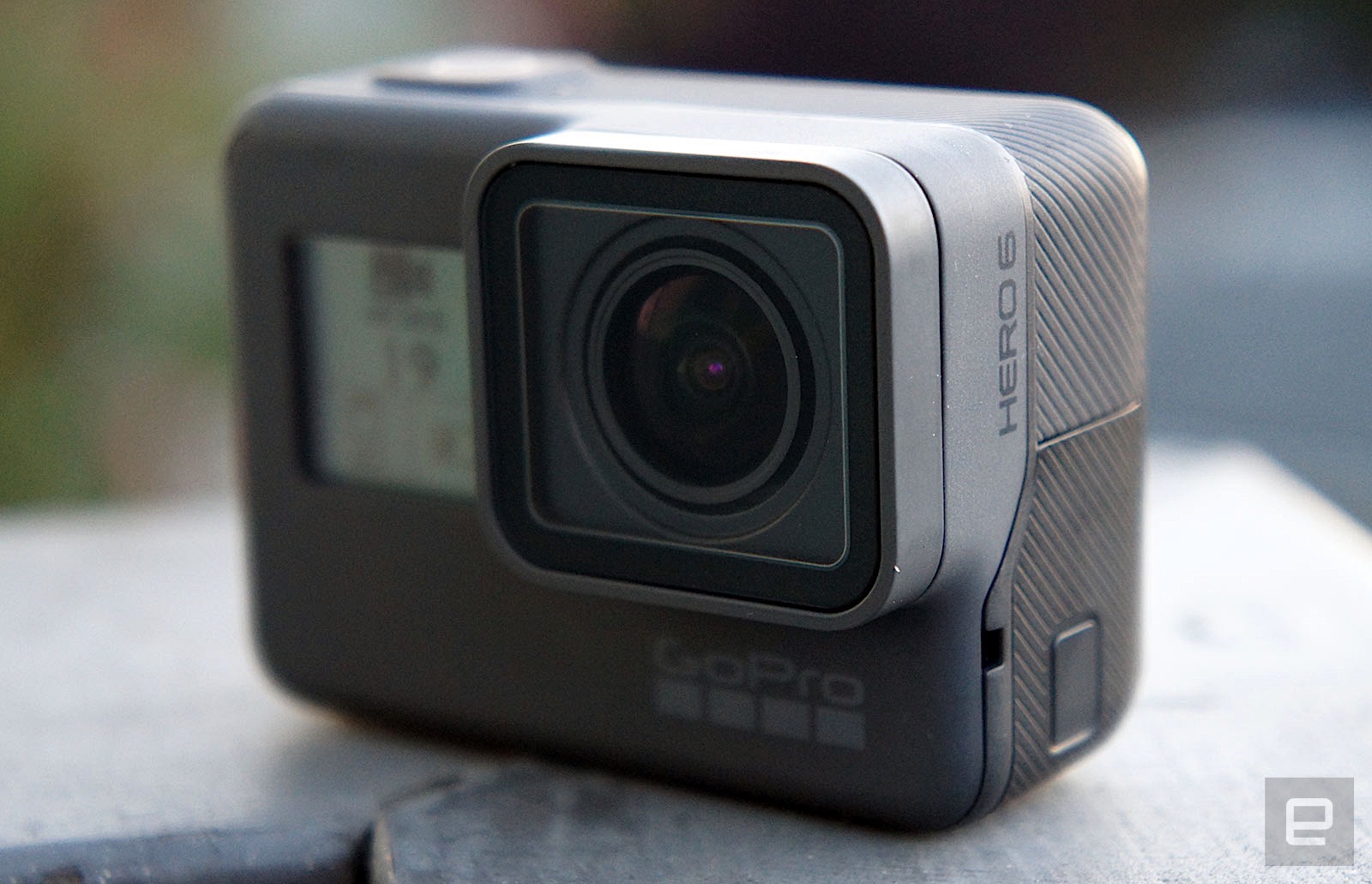 Kislevitz thinks it can even go beyond the drone. "I think in the future, and I don't want to speak for what engineering's planning, but [with] customizations in terms of dual streams you can film in high resolutions, and you could potentially stream to the web at the same time."

Livestreaming isn't something GoPro has fully capitalized on yet, although it's starting to. "We now think of a GoPro as an untethered lens for your phone, and we recognize that," said Woodman. "A really important area where we're going to iterate and update the Hero experience is through software enhancements that enable it to connect to your phone faster and more easily."

But it's not just streaming we can hope for. A lesser-known feature introduced with the GP1 is machine learning. The camera analyzes images as they come in, looking not only for the best lighting options but also for faces. GoPro will leverage facial recognition to improve QuikStories and its automatically generated video clips.

Of course, Woodman and his team are keen to extol the virtues of the GP1, but this is new ground for the company. New ground is usually unfamiliar and often brings fresh challenges. So how does Woodman think his team will navigate it when companies like Ambarella have been making processors for years?

It was at this point in the conversation that Woodman looked to the past: "When we produced the first Hero camera, even the 35mm film wrist camera back in 2004, we'd never done that before. Were people going to like it? I didn't know."

In this article: actioncamera, cameras, drone, exclusive, gear, gopro, gp1, hero6, karma, nickwoodman, wearables
All products recommended by Engadget are selected by our editorial team, independent of our parent company. Some of our stories include affiliate links. If you buy something through one of these links, we may earn an affiliate commission.