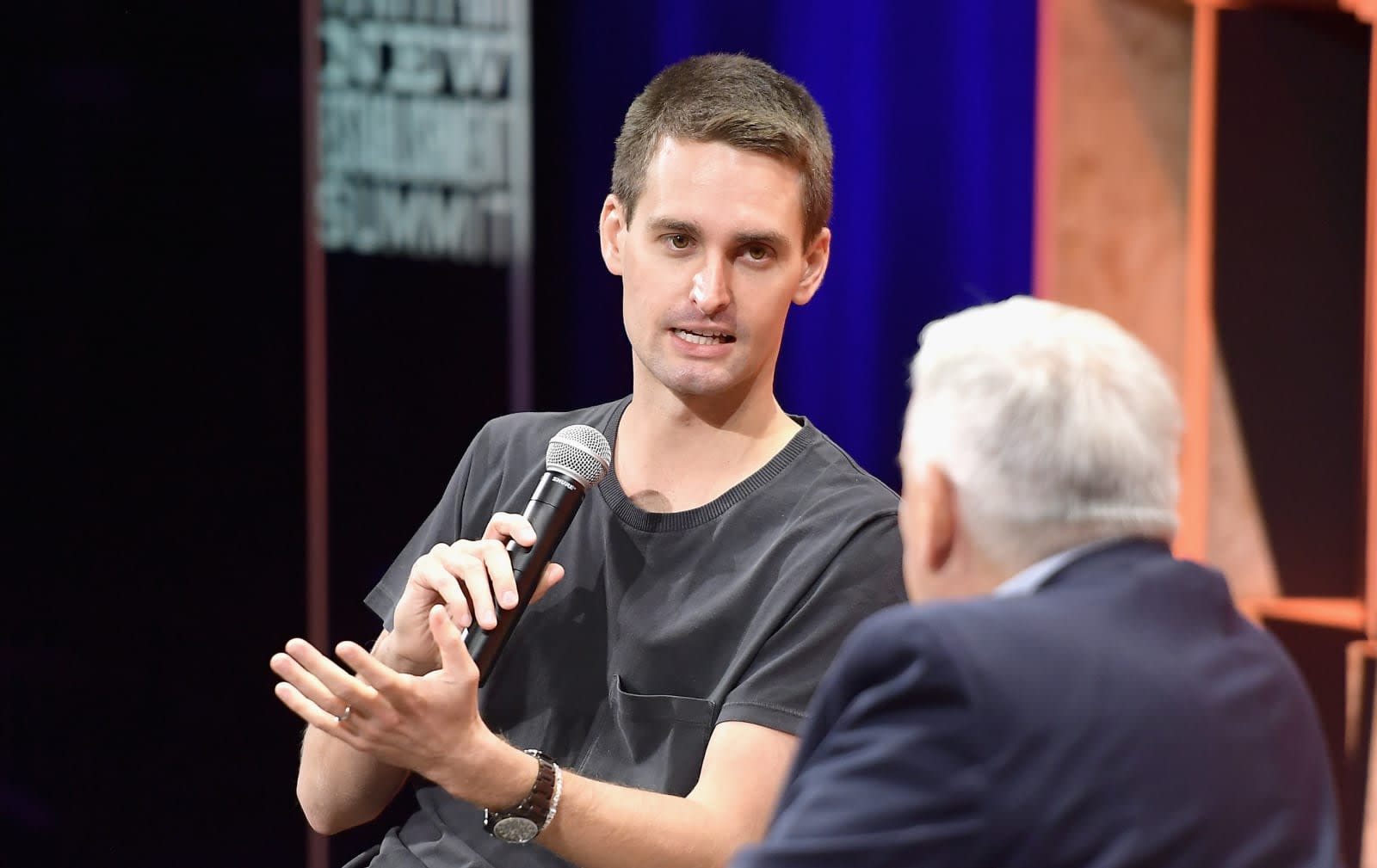 Now that the hype around Snap's Spectacles has died down, there is the question of how many units the company actually sold. In a conversation today at the Vanity Fair New Establishment Summit, CEO Evan Spiegel revealed that sales of its camera-equipped sunglasses had topped 150,000 -- more than the 100,000 units he claims the company expected and more than the iPod sold in its first year.

It's hard to tell if that's spin or a sign that Snap has a real future in hardware, but Spiegel is pushing forward, as he told Walter Isaacson "If you look at the Snapchat camera, layering this expression on top of your experience encourages anyone anywhere to be creative." Of the company's IPO and recently slumping stock price he said: "I think one of the things we've been going through this year is how to communicate the Snap story."

Source: Vanity Fair, CNBC
Coverage: CNET, TechCrunch
In this article: business, EvanSpiegel, gear, sales, snap, snapchat, spectacles
All products recommended by Engadget are selected by our editorial team, independent of our parent company. Some of our stories include affiliate links. If you buy something through one of these links, we may earn an affiliate commission.