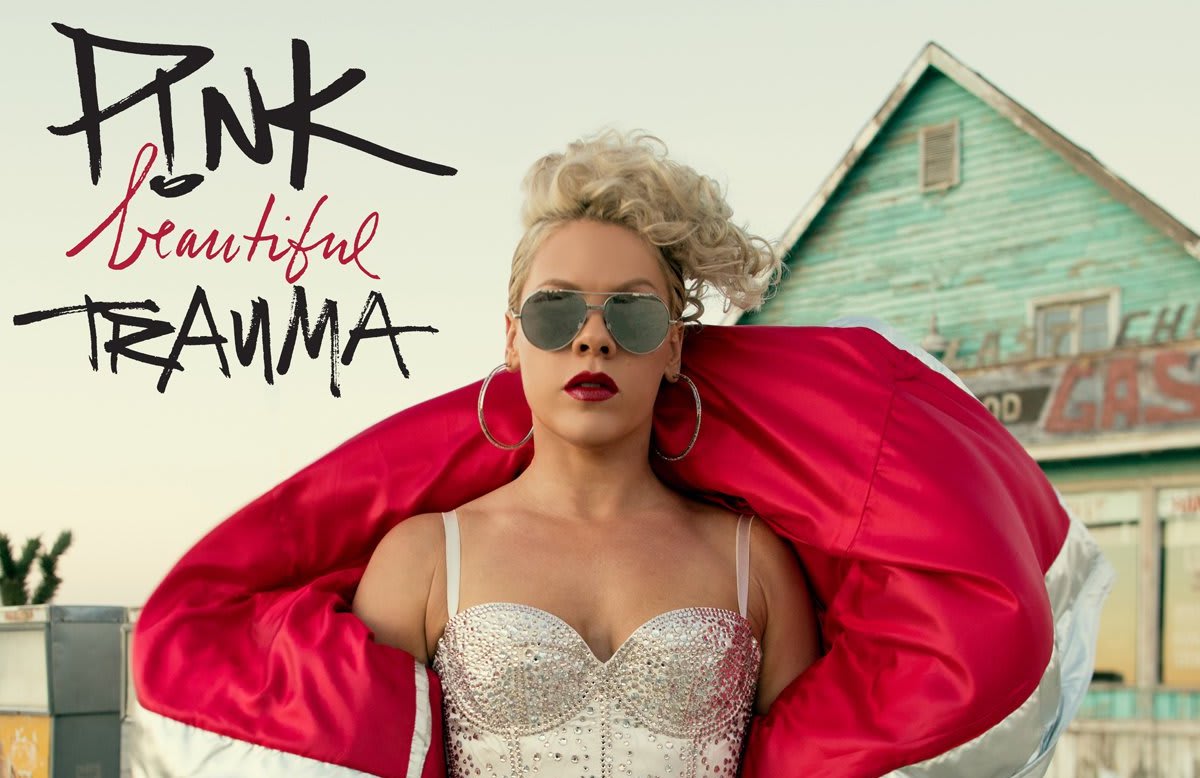 Superstar Pink is about to launch her seventh studio album, Beautiful Trauma, on October 13th. To celebrate (and get the hype machine moving, of course), she's teamed up with Apple Music for an exclusive behind-the-scenes documentary titled On the Record: Pink – Beautiful Trauma. The short film will release October 13th on Apple Music.

The short film should please Pink fans and anyone who wants to peek behind the curtain of a massive pop star's professional life. In the trailer above, you can hear Pink talk about how making an album is complex, with many moving pieces. Writing and recording songs is just the start, she says. "You have to finish the songs, and somebody's in New York and someone's in Philadelphia." Then there are photo and video shoots for the album, but she also has to perform at festivals and regular shows, too. The documentary seems to include all of P!nk's trademark honesty (and f-bombs). According to Variety, the film will also include video of her performing the new songs at an intimate Los Angeles theater.

Via: Variety
Source: P!nk / Facebook
Coverage: ET Canada
In this article: apple, applemusic, av, beautifultrama, beind-the-scenes, documentary, entertainment, music, p!nk, pink, video
All products recommended by Engadget are selected by our editorial team, independent of our parent company. Some of our stories include affiliate links. If you buy something through one of these links, we may earn an affiliate commission.