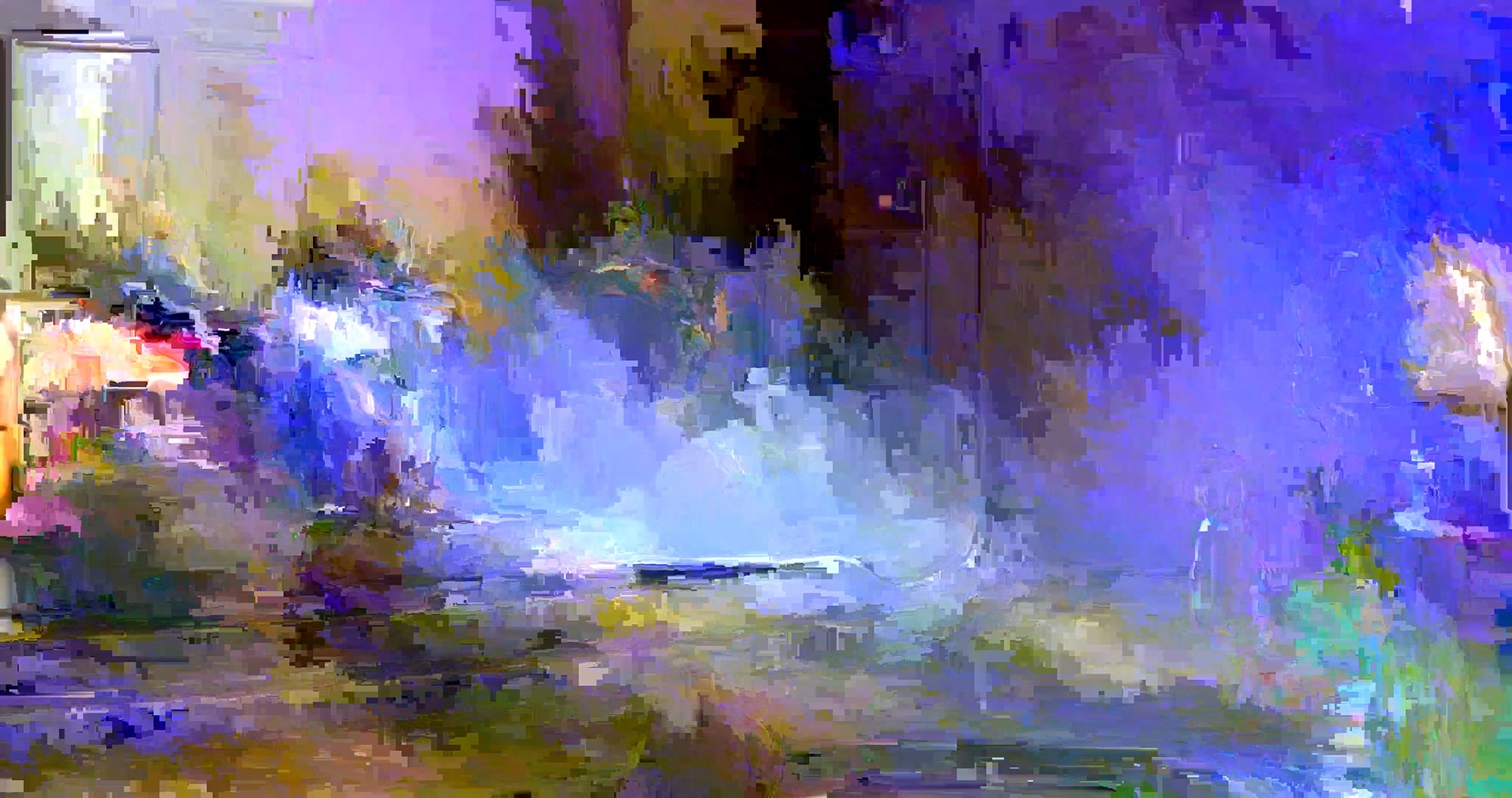 While most people find video glitches or artifacts distracting, some folks see the beauty in them. One of those is programmer and visual artist David Kraftsow, known for his trippy YooouuuTuuube generator and delightfully droll First Person Tetris. One of his latest projects is a Twitter bot called @youtubeartifact that generates so-called Glitch Art out of the occasionally delightful hiccups produced by YouTube's MP4 motion compensation algorithm.

Depending on how bad the glitch is, the results can be creepy, mildly grotesque or, like the above image, a sort of blocky impressionism. "I think there is definitely something people find appealing in the unpredictability of the output," Kraftsow told Engadget, "and i do think it's interesting that the artifacts strike people as painterly."

To teach the bot to create the images, Kraftsow relied on his coding, but the aesthetic depends on his curation skills. The bot searches for very specific types of YouTube videos, like vlogger videos and makeup tutorial videos, to name a couple of themes. "It searchs YouTube for videos based on a convoluted set of parameters I've set up to find the videos that work best with the effect," he said.

Once it finds a promising video, the bot then exploits a technique called "datamoshing." YouTube uses H.264 motion compression on MP4 videos, which fully captures only select frames (i-frames), filling in the rest with b-frames or p-frames that save the temporal differences between frames. While that conserves space, the image breaks up if any of the i-frames are missing.

So the bot does exactly that, deleting i-frames from the h.264 video data, "then tries to decode as a video which leads to the codec filling space with visual artifacts," Kraftsow explained. That often results in gradient-like transitions between hues, blotches of colors and other strange effects -- a machine's idea of an image.

The bot has been around in different forms since 2009, starting out as a website "where you could enter a YouTube video and it would cause the glitches in real time," said Kraftsow. In 2012, he transformed it into a standalone app for the internet art database site Rhizome, then, a year ago, transformed it into a Twitter bot to reach more people.

A pure product of the digital age, Glitch Art counts quite a few practitioners, including Takeshi Murata, Mathieu St-Pierre, and Phillip Stearns, whose Glitch Textiles firm transforms malfunctions into amazing throws, pillows and scarves. As for what it all means, some of the artists see it as a way of playing with visual perception or just a new way of creating strangely beautiful patterns. Personally, I see it as charming reminder of what can go wrong in a world with a heavy addiction to data and algorithms.

Source: @youtubeartifact
In this article: art, gear, TheBigPicture, thenewbigpicture, video
All products recommended by Engadget are selected by our editorial team, independent of our parent company. Some of our stories include affiliate links. If you buy something through one of these links, we may earn an affiliate commission.