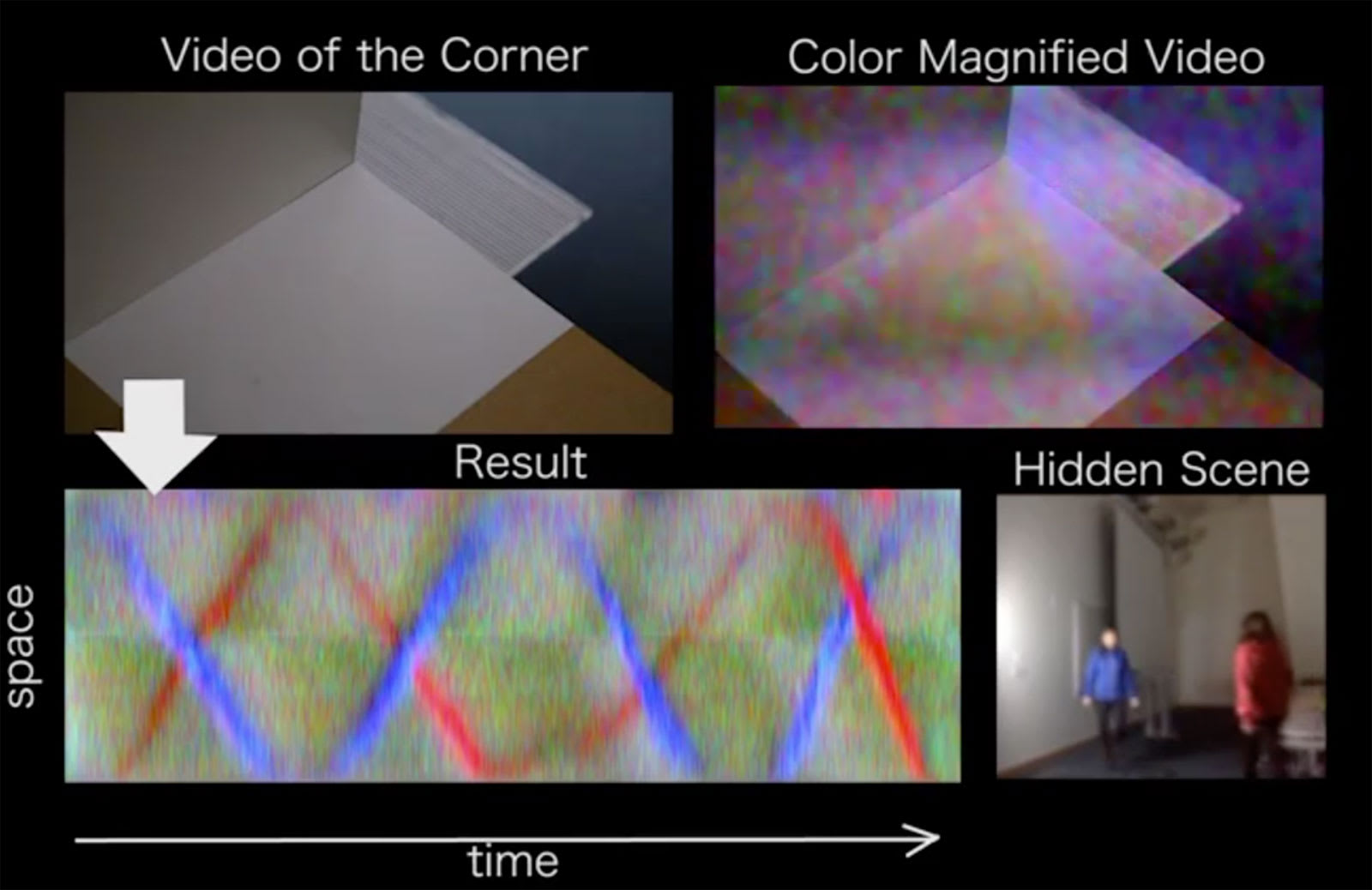 Self-driving cars can detect much of the world around them, but they're inherently limited by their reliance on line-of-sight vision. They're not so good at spotting the visual cues that a car is just around the corner -- you might spot the encroaching headlight beams, but a car might not. MIT's CSAIL team may have a solution, though. They've developed camera technology that uses subtle changes in lighting on the floor to determine what's around a corner. As objects reflect a small amount of light around walls, creating a "shadow," you can piece together images of objects around the corner by capturing video of the floor and tracking the shifting colors.

It's a surprisingly resilient system: it works indoors and out, in most lighting conditions and less-than-ideal weather like rain. And importantly, this doesn't require lasers or other expensive technology that can easily be fooled by a scene's lighting. You could easily mount this to an autonomous car at a relatively low cost and expect it to work.

Just don't expect to see this on your next car. MIT's current system doesn't work when there's virtually no light in either the hidden or visible scenes, so this probably won't work on a country backroad with no lights whatsoever. Also, the system gets confused when the lighting constantly changes, such as patchy clouds passing in front of the Sun. The team hopes to find solutions, though, and they're already confident enough to test it with a wheelchair. And while autonomous vehicles are the ultimate goal, this could be used for safety in piloted vehicles, such as warning you when it spots someone running into the street. This technology could easily reach the market -- it's likely just a question of fine-tuning.

Source: MIT CSAIL (YouTube)
In this article: autonomous, cameras, corner, cornercameras, csail, gear, imaging, mit, mitcsail, mobile, self-driving, self-drivingcar, transportation, video
All products recommended by Engadget are selected by our editorial team, independent of our parent company. Some of our stories include affiliate links. If you buy something through one of these links, we may earn an affiliate commission.