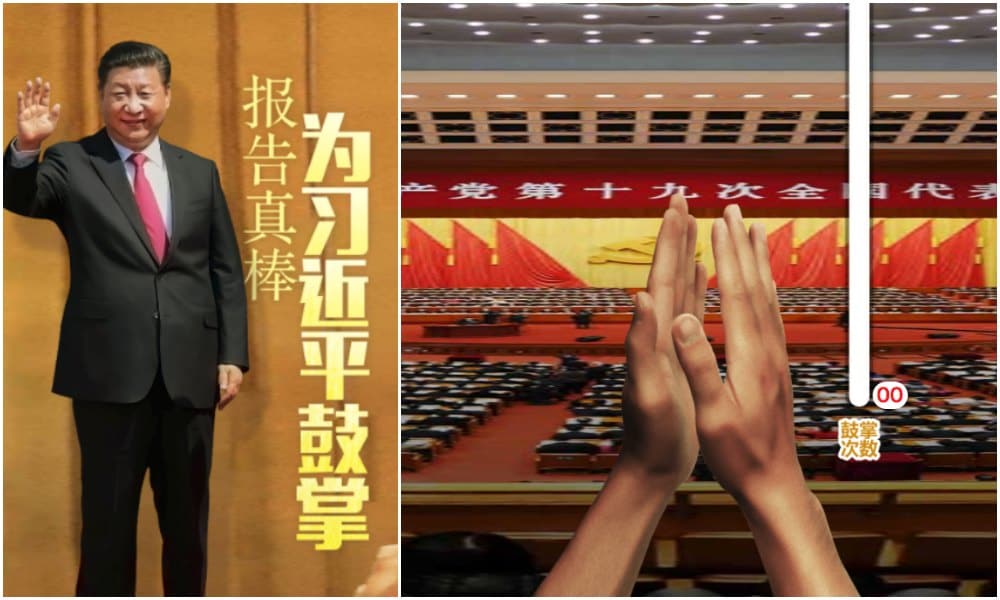 If you wanted to applaud Chinese president Xi Jinping's recent speech but got stuck in traffic or were halfway around the world, well, there's an app for that now. Chinese internet titan Tencent has released a game that lets you tap the screen to clap during one of the eerily choreographed pauses amid a typical presidential address. Okay, so it's technically a "who can tap the most" game -- but it's still shrouded in performative adulation for a public official, which is only creepy if your government doesn't regularly force you to do it.

The app, "Excellent Speech: Clap for Xi Jinping," had apparently been played more than 400 million times the night it was uploaded, according to What's On Weibo. As of today, that's amounted to over a billion claps. The game starts with a clip of the speech Jinping gave on Wednesday, and then players mash the bottom of their screens to see how many times they can clap during a 19-second pause. (That arbitrary number commemorates the country's current Congress, which is China's 19th.) The New York Times claimed that maximum possible claps is capped around 1,000 each round, which amounts to about 52 taps per second, which humans shouldn't be capable of, right?

Via: Phys.org
Source: What's On Weibo
Coverage: The New York Times
In this article: app, china, games, internet, mobile, tencent, WeChat
All products recommended by Engadget are selected by our editorial team, independent of our parent company. Some of our stories include affiliate links. If you buy something through one of these links, we may earn an affiliate commission.