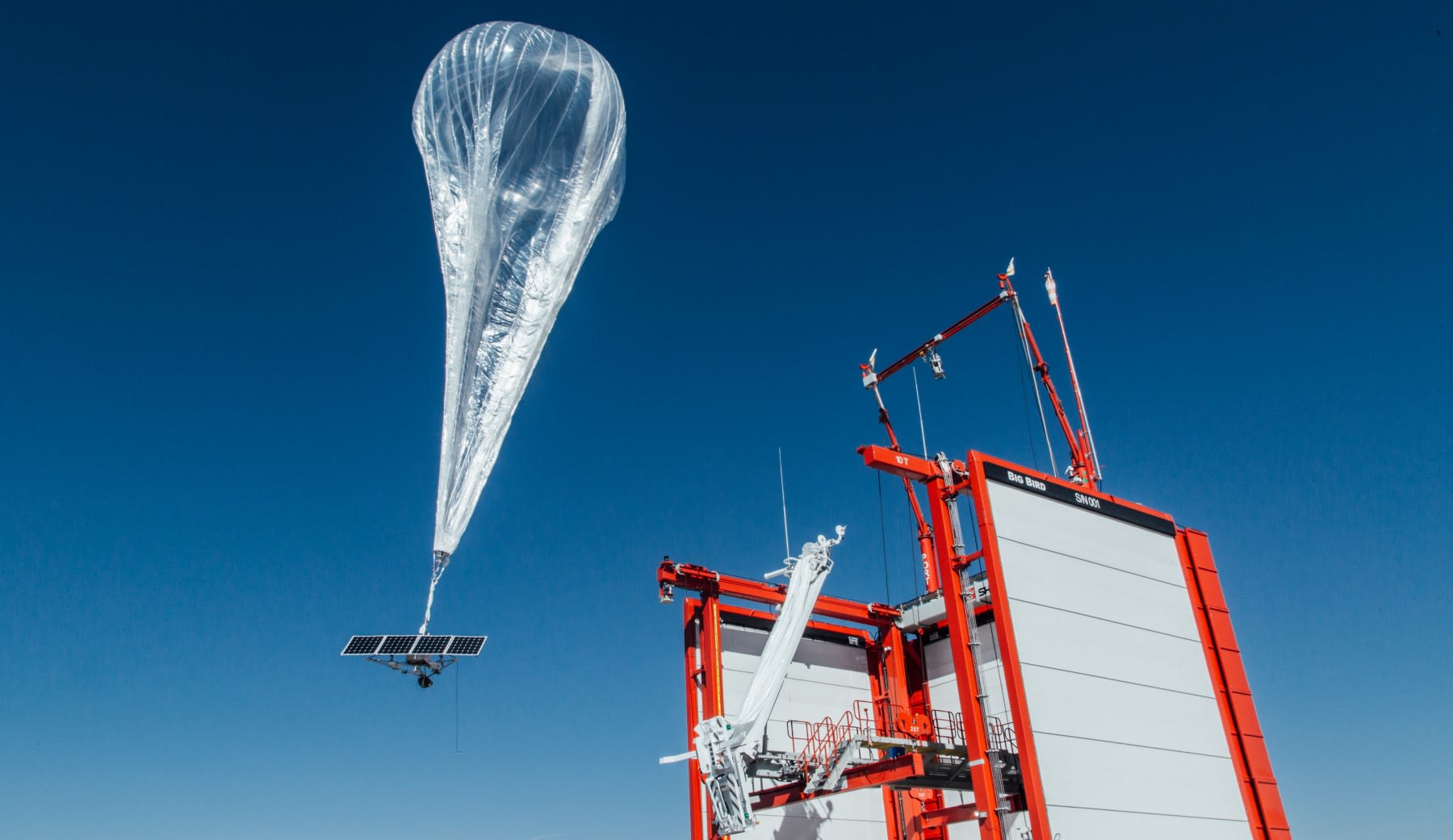 About a month after Hurricane Maria's devastating landfall on Puerto Rico and a couple of weeks after the FCC gave clearance, Project Loon is bringing wireless internet to people on remote parts of the island. Part of (Google parent company) Alphabet's X innovation lab, the project uses balloons circling the Earth at high altitude to provide wireless connections. Now, it's partnered with AT&T to light up "limited" internet connectivity with support for text messaging, basic web access and email.

AT&T has been hard at work since the hurricane and says that it's restored access to 60 percent of the population there, as well as 90 percent of the population in the US Virgin Islands. According to Project Loon, each balloon can provide coverage across up to 5,000 sq/km, so it hopes to cover most of the island. The access is provided using LTE band and should work for AT&T customers using devices like most recent iPhones (they will need an update first), Galaxy devices (from the S6 on), Moto G, Motorola Z2 Force, plus the BlackBerry Passport and KEYone.

Whether you're connected to Project Loon or a regular tower, LTE will display on the phone the same way. Still, as the balloons float by in the stratosphere (launched from Nevada), the team says it's hoping to provide connectivity during daylight hours. This is the second time Project Loon has played a part in disaster after it helped provide service in Peru (where it was already testing) after flooding early last year.

Source: X Company (Medium)
In this article: alphabet, at&t, att, gear, google, HurricaneMaria, mobile, projectloon, PuertoRico, video, xlab
All products recommended by Engadget are selected by our editorial team, independent of our parent company. Some of our stories include affiliate links. If you buy something through one of these links, we may earn an affiliate commission.