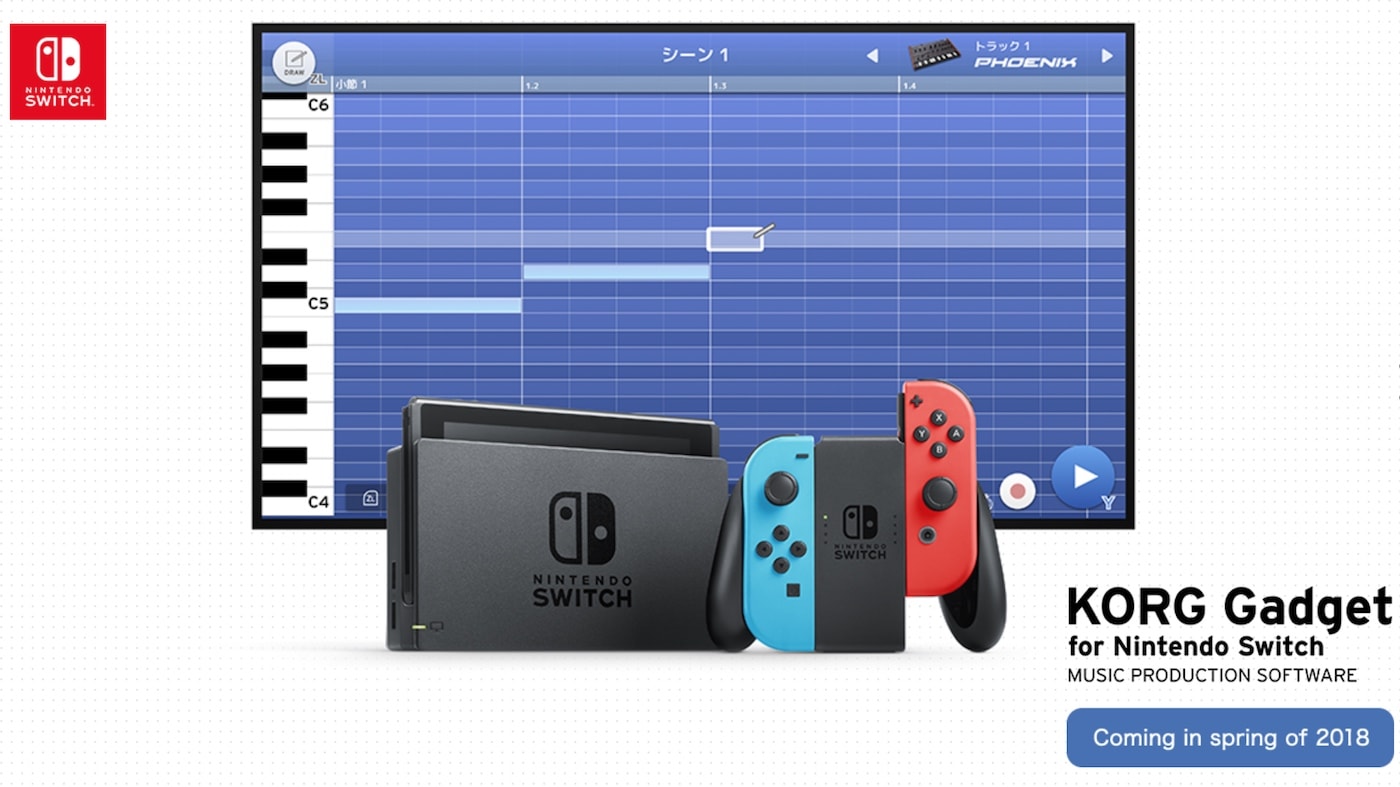 It looks like Korg is bringing its Gadget music-making app to the Nintendo Switch next spring. There isn't a ton known about it at the moment, but given the name, it seems like it's a port of the synth company's end-to-end iOS and Mac music production suite. According to Japanese publication 4Gamer (translated), the software will support motion controls and work with the Joy-con. More than that, up to four people will apparently be able to "play" it.

Exporting sounds a bit tricky though. Rather than saving a beat to an SD card, as of now the plan is for users to run an aux cable from the Switch's headphone jack into a 3.5mm input on a PC and record using something like Audacity. It isn't ideal, but unless Nintendo adds an SD card export option via firmware update before next spring, it'll have to do. Or, perhaps you'll be able to share your tracks to Facebook and Twitter with the Switch's built-in social features.

There's no word on pricing yet, but the iOS version cost around $40 when it released back in 2014. As The Verge notes, Korg made a synth app for the 3DS prior, so this partnership isn't out of the ordinary for the company. If the exporting situation is remedied before next year's launch and the interface isn't terrible, this could open up music production to an entirely different audience.

Gaming platforms have played host to music software before, but they were traditionally from game developers. Like Rockstar Games' project with producer Timbaland, Beaterator on the PlayStation Portable, or MTV Music Generator 3 from the PlayStation 2 and original Xbox, which was developed by racing house Codemasters.

Via: The Verge
Source: Korg, 4Gamer (Japanese)
In this article: av, detune, gadget, gaming, ios, korg, korggadget, macos, music, musicproduction, nintendo, nintendoswitch, switch
All products recommended by Engadget are selected by our editorial team, independent of our parent company. Some of our stories include affiliate links. If you buy something through one of these links, we may earn an affiliate commission.