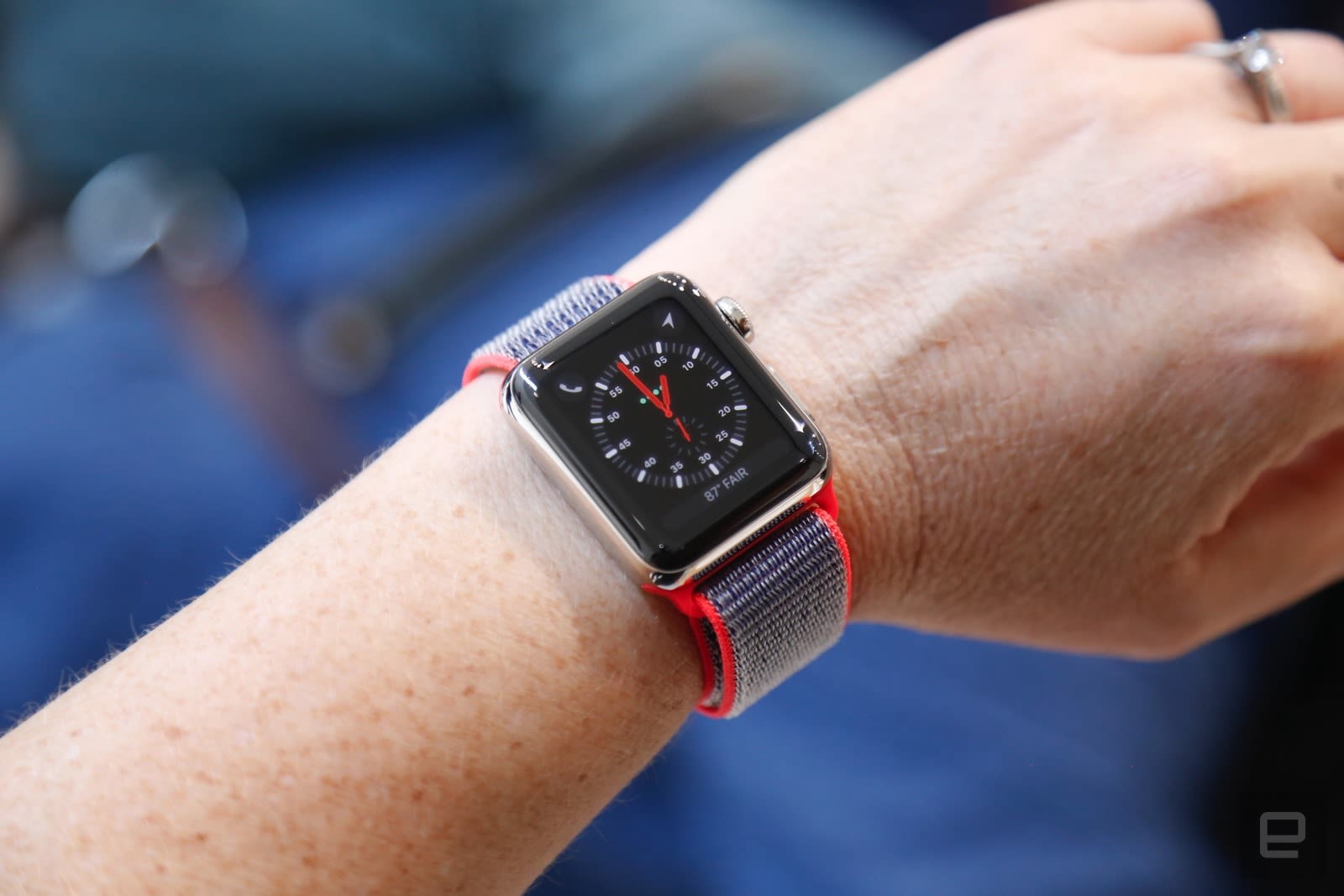 We hope you didn't ask your shiny new Apple Watch about the weather on November 4th -- you probably got a rude response. Many Series 3 owners reported that their wristwear crashed (specifically, the "springboard" interface restarted) if they asked Siri how the weather was that day. It wouldn't crash if they asked about weather in subsequent days, but the odd hiccup affected users across North America and Europe. We've asked Apple for comment. With that said, there's already a potential culprit... and it's a familiar one for iPhone users.

Reddit user rgsteele has theorized that the crashing was related to the end of Daylight Saving Time. If you asked about the time either after DST was over or in areas that don't observe it (such as the Canadian province of Saskatchewan), you were safe. And sure enough, the issue appears to be over: we've checked both before and afterward, and it's now safe to ask Siri if it's raining. The Apple Watch didn't have this issue in previous years, but it's notable that iOS devices had long-running alarm and calendar bugs related to DST shifts.

There's no guarantee that the time change is the cause, and it's not certain how much of the fault would rest in Siri's servers versus the watch software. However, it's a safe bet that Apple will want to prevent this from happening again -- you don't want a common voice command bringing everything to a standstill one day out of every year.

Via: MacRumors
Source: Reddit
In this article: apple, applewatch, bug, daylightsavingtime, gear, siri, smartwatch, wearable, wearables
All products recommended by Engadget are selected by our editorial team, independent of our parent company. Some of our stories include affiliate links. If you buy something through one of these links, we may earn an affiliate commission.