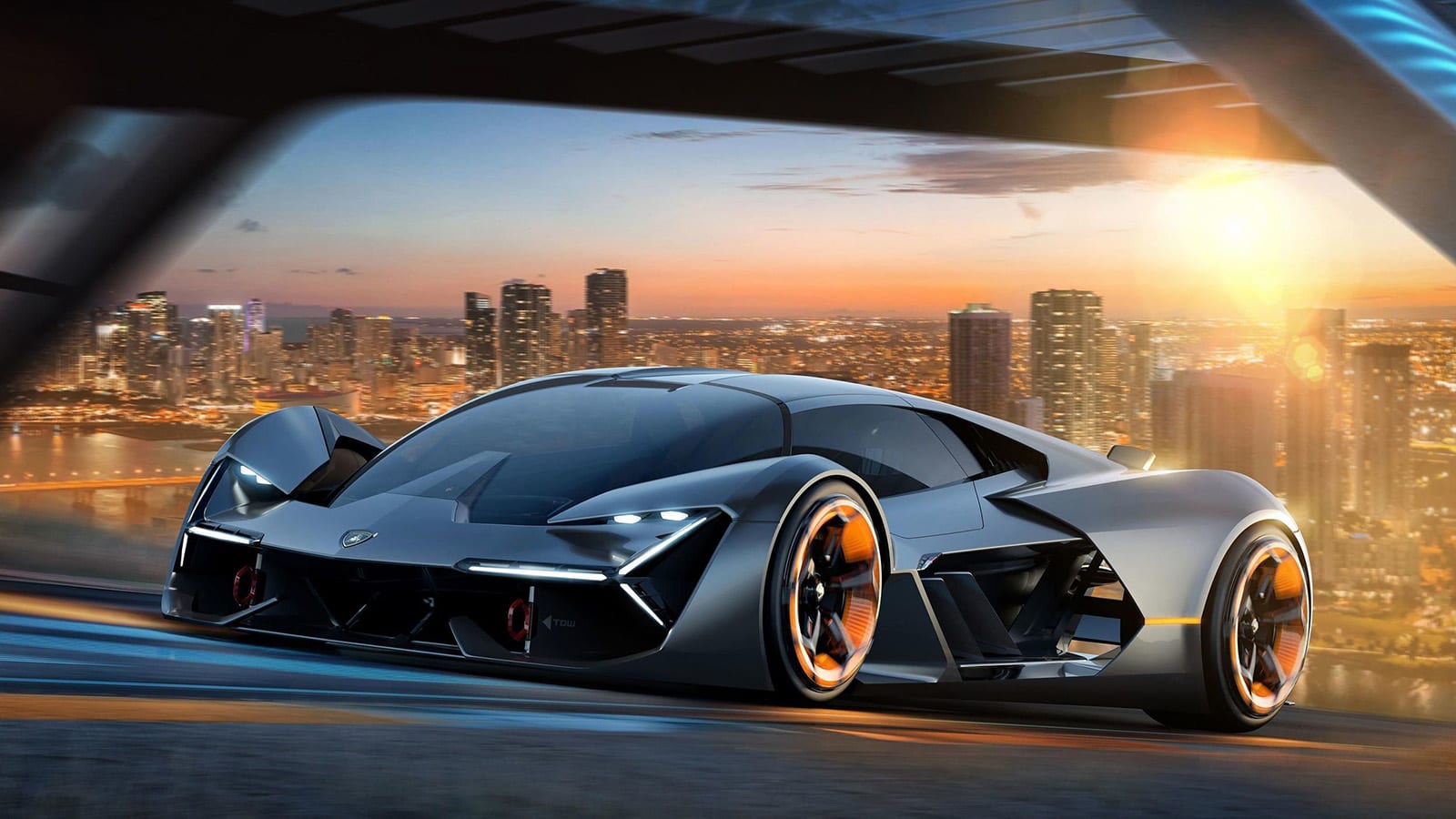 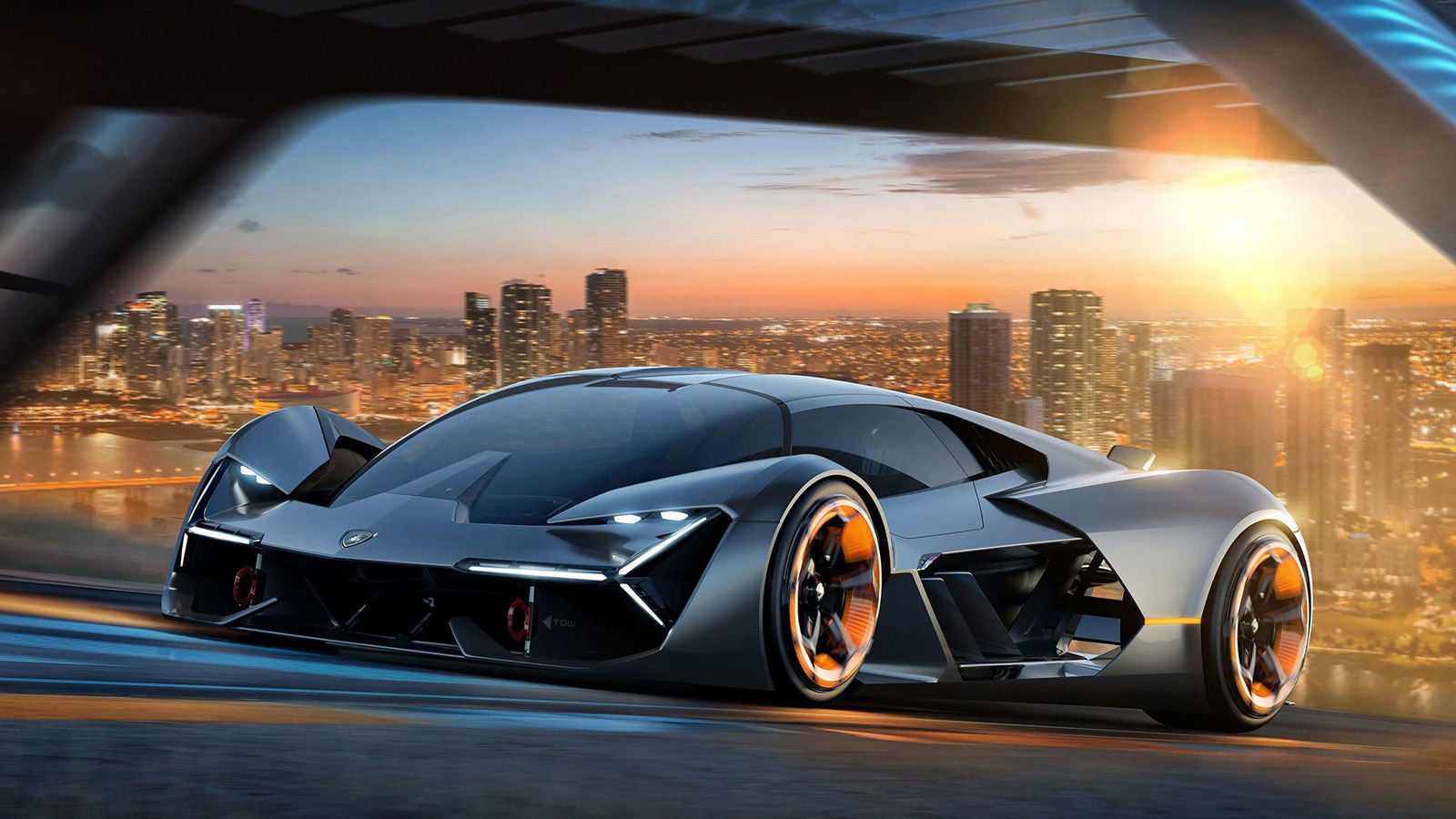 Supercapacitors, not batteries, power this wild creation.Lamborghini isn't known for bowing to convention. Ever since Ferruccio told Enzo Ferrari where he could stick his temperamental cars, and decided to build his own, it's been going its own way. This car, the Terzo Millennio ("third millenium"), built in collaboration with MIT, is very much a Lamborghini approach to the EV performance car. To begin with, it is obviously nothing else but a Lamborghini. Wild concept car touches aside, it's as wedgy and mean as anything to come out of Sant'Agata (and definitely anything to come out of Cambridge, MA!).

There's some advanced tech here, too, as you might imagine with MIT's involvement. The most notable is the supercapacitor energy storage technology. Supercapacitors aren't ready for primetime yet, being very expensive and not quite as energy dense, although currently they're used in a few niche automotive applications. But MIT and Lamborghini want to produce one that'll work more like a main battery, but with greater ability to recharge and discharge quickly. That's ideal for brutal, explosive acceleration. If Lamborghini and MIT can make a breakthrough here, it'd let the decidedly conventional Lamborghinis of today (naturally aspirated, non-electrified) take a leap into the future on Lamborghini's own terms.

The company is also exploring carbon composite batteries utilizing nanotechnology, which the company claims would reduce weight and increase the discharge capacity of the batteries. So, it seems, the Terzo Millennio might combine the two power storage technologies into the same drivetrain.

Of course, like most modern Lamborghinis there's all-wheel drive, although it's in-wheel electric motor-based rather than the conventional mechanical type. It'd be easy enough to leave off the front motors for a Performante variant, perhaps. Or maybe in-wheel electric motors become the norm in the future. It's too early to tell; for now, this concept is AWD.

The body is carbon fiber, and this concept previews some technology that can detect degradation in the carbon fiber early and potentially repair it with something called "nano-channels" utilizing a form of the technology that allows carbon composite materials to store energy. This technology deserves more explanation than we have room for here, and we'll get a deep dive on it as soon as we can.

Lastly, Lamborghini wants a vehicle like the Terzo Millennio to sound like a Lamborghini. That won't be easy, since there's no V12 or V10 to be found. Frankly, the company doesn't even sound like they've figured out how to solve that particular puzzle, stating that "[a] deep investigation is needed" to determine what it should sound like. That's no easy task, and we suspect the engineers will be busy on that one.

Will you see a Terzo Millennio out on the road? Almost certainly not; this is a pure concept that shows the direction that Lamborghini will take in the future. At least we finally know where Sant'Agata's head is at in terms of post-internal combustion powertrain tech.

In this article: concept, ev, fancy, gear, Lamborghini, lamborghini terzo millennio, mit, official, supercar, terzomellennio, tomorrow, transportation
All products recommended by Engadget are selected by our editorial team, independent of our parent company. Some of our stories include affiliate links. If you buy something through one of these links, we may earn an affiliate commission.