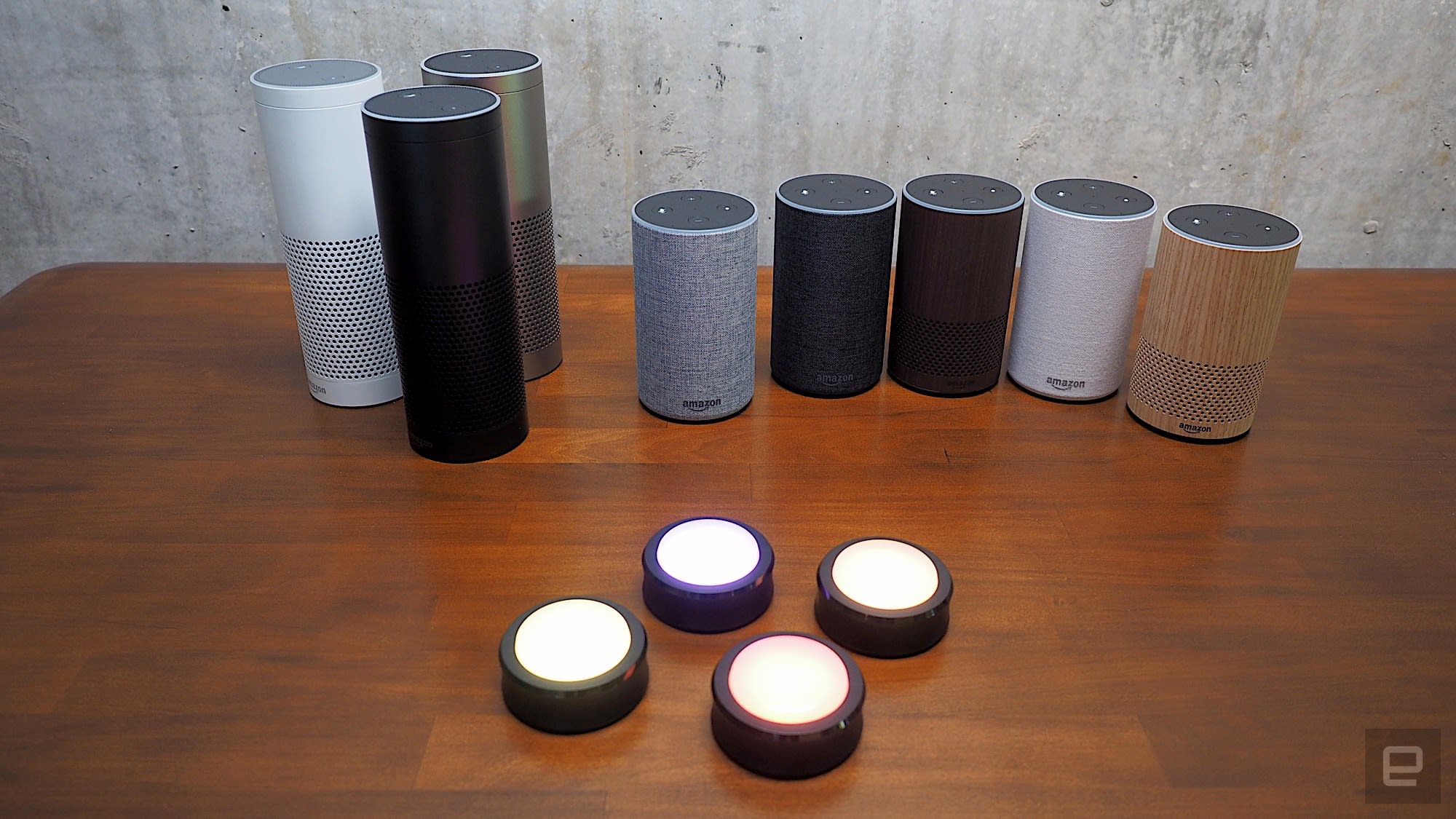 The absence of Amazon's Alexa and Prime Music services in Canada has been a strange oversight, given that the nation's share a border and (one of two) common languages. That has now been corrected, as Amazon has finally launched the Echo family, Prime Music and Alexa Voice services and skills in the land of hockey and poutine. "We're excited to bring [Alexa] to Canada with an experienced designed from the ground up for our Canadian customers," said Amazon Senior VP Tom Taylor in a statement.

Amazon has introduced a new English voice for Alexa with a Canadian accent, though even we Canadians aren't exactly sure what that is. However, Alexa doesn't seem to be available yet in French, which is bit surprising considering that it's one of Canada's two official languages (Engadget has reached out for more information).

It will also gain local knowledge and skills from Air Canada, TD Bank, Telus, CBC, Manulife and around 10,000 others this year. Canadian developers can build their own skills and apps using Amazon's Alexa Skills Kit (ASK). Alexa will also be available in Canada for any third-party products that support it, like the CoWatch shown below. 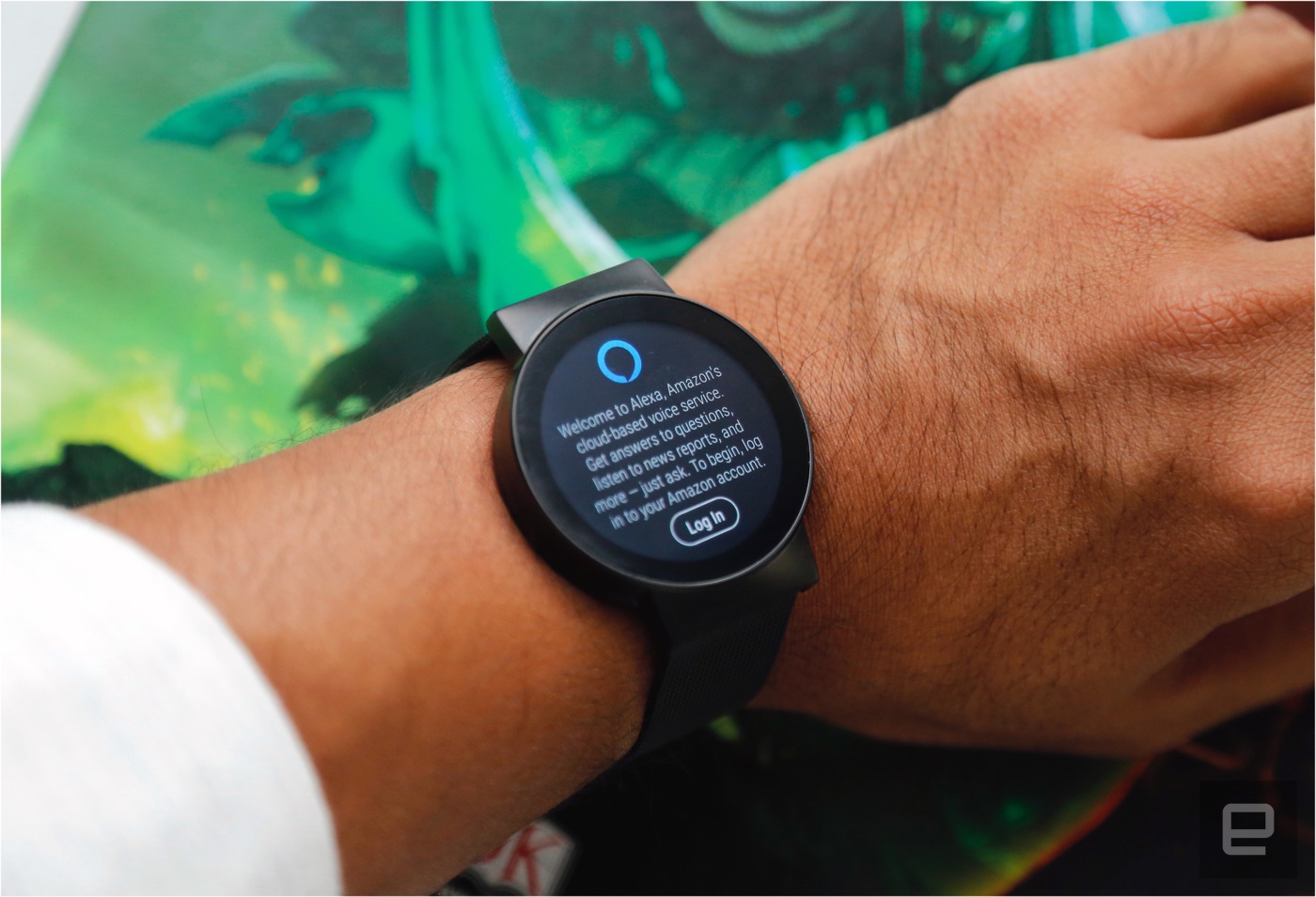 Better still, Amazon also launched Prime Music in Canada, meaning users with an Amazon Prime account will automatically get the ad-free service. That lets you stream music from a lot of different devices, with apps available on iOS, Android, Mac, PC, the new Fire TV Stick Basic Edition and the web. Like Spotify and other services, Prime Music offers offline listening, curated playlists and more.

Prime Music plays well with Alexa, letting you choose music by playlist, song, album title, artist name, and criteria like tempo, popularity and genre. For instance, you can say "Alexa, play Feist," and the assistant will choose a song from the Calgary-based indie artist. If you're not sure exactly who you want to hear, you can also ask it to play music by genres like rock, hip-hop, or "relaxing pop music," says Amazon.

Considering the popularity of Echo and Alexa and how it drives sales to Prime and other services, Amazon has been pretty slow to launch it in new countries. So far, it's only available in the US, Germany, the UK, Japan, India (in English) and now Canada. Other popular Amazon countries in Europe, including France, Spain and Italy, have yet to see it. Canada's launch helps explain the long delays, though, showing that Amazon wants to fine-tune the language and services for each nation.

Amazon will start pre-selling the Echo, Echo Plus and Echo Dot in Canada today for the introductory prices of CAD $100, $170 and $50, respectively. Shipping will start by December 5th, and Alexa will presumably be available at that point. Prime Music, as mentioned, is available today with a Prime membership, and if you don't have that you can do a 30-day free trial.

Source: Amazon (1), (2), (3)
In this article: Alexa, amazon, av, Canada, Echo, EchoDot, entertainment, gear, PersonalAssistant, PrimeMusic, robots, Skills, VoiceControl
All products recommended by Engadget are selected by our editorial team, independent of our parent company. Some of our stories include affiliate links. If you buy something through one of these links, we may earn an affiliate commission.