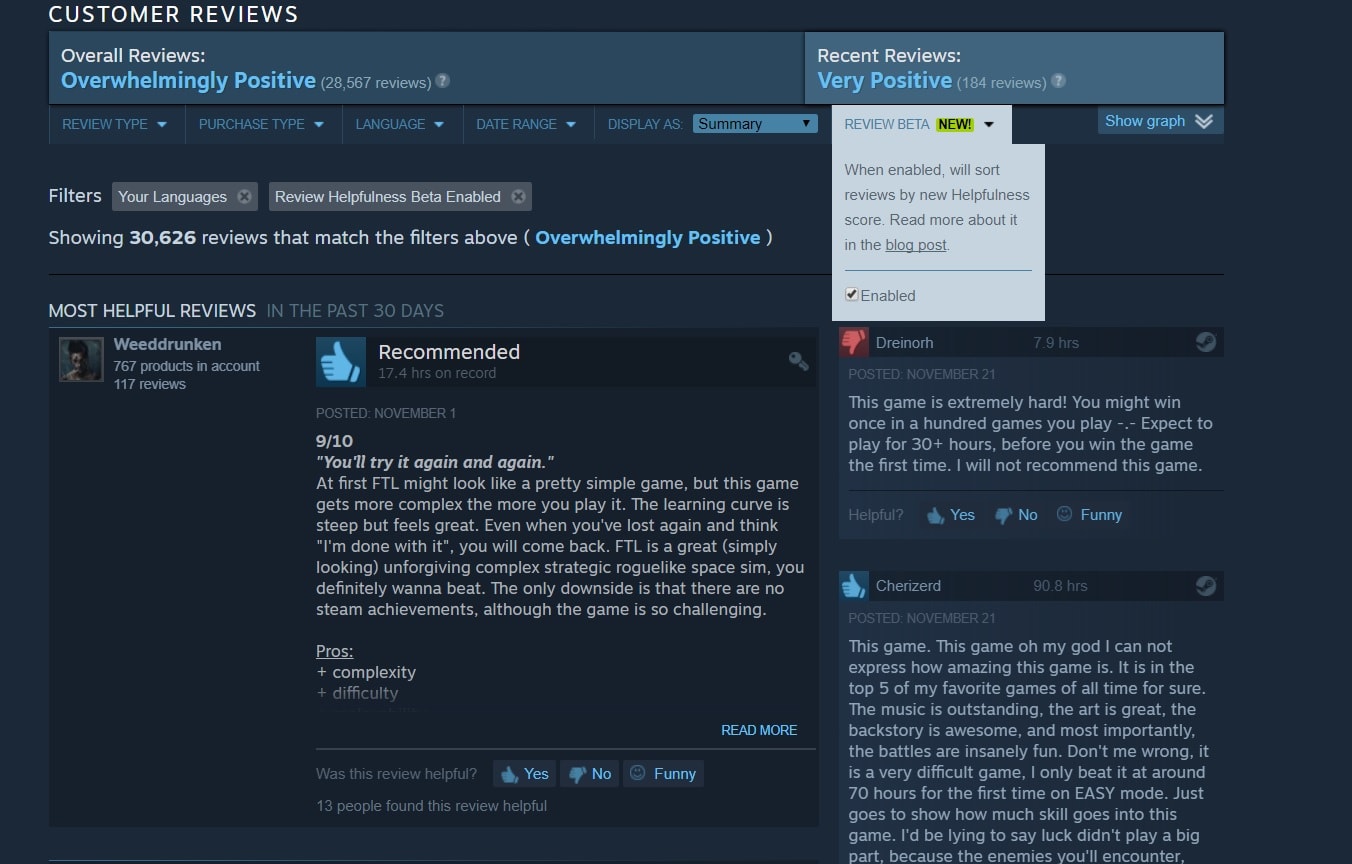 Valve has known that its platform Steam, the biggest marketplace for PC titles, has had a review problem for years. Groups of users abuse a game's rating by 'review bombing' them, propping up negative feedback with far more 'this was helpful' votes than is humanly possible. While Valve tried a passive solution two months ago, but it didn't fix the problem. So the company is trying a couple more changes: Diluting the effects of likely review-manipulators and making sure a game's top ten reflect the title's overall approval rating. 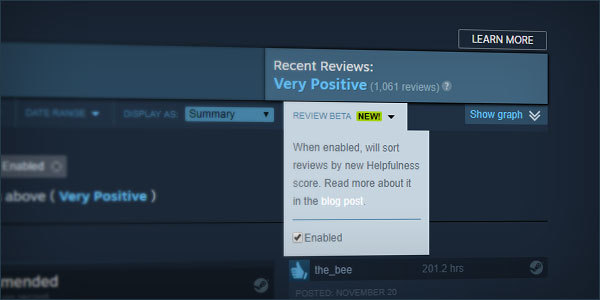 In other words, if 80% of a game's players left a favorable review, eight out of its top ten reviews will be positive. That will help keep the small amount of artificially-inflated 'bombed' posts from drowning out feedback that's representative of the community's opinion.

The other fix tracks how many times an account votes that reviews are 'helpful' for a single game. Most users just mark a few reviews as helpful or not, and that feedback will continue to be counted normally. Those that blatantly mass-downvote other reviews -- typically around 10,000 times on a single game, the Steam blog noted -- will see each additional vote diluted more and more.

It's continual tinkering that reflects how difficult it is to provide democratic and current feedback for a game to prospective buyers. Recently, Steam implemented a change that heavily weighted recent reviews to reflect the current state of the game and highlighted those with the highest percentage of 'helpful' votes; This unintentionally enabled 'review bombing.'

This won't be the last fix coming to Steam's review system, either: Future tweaks will address how players feel about a game now after updates and changes, as well as filtering to account for issues that only affect players in certain regions.

Via: Gamasutra
Source: Steam
In this article: gaming, review, services, steam
All products recommended by Engadget are selected by our editorial team, independent of our parent company. Some of our stories include affiliate links. If you buy something through one of these links, we may earn an affiliate commission.