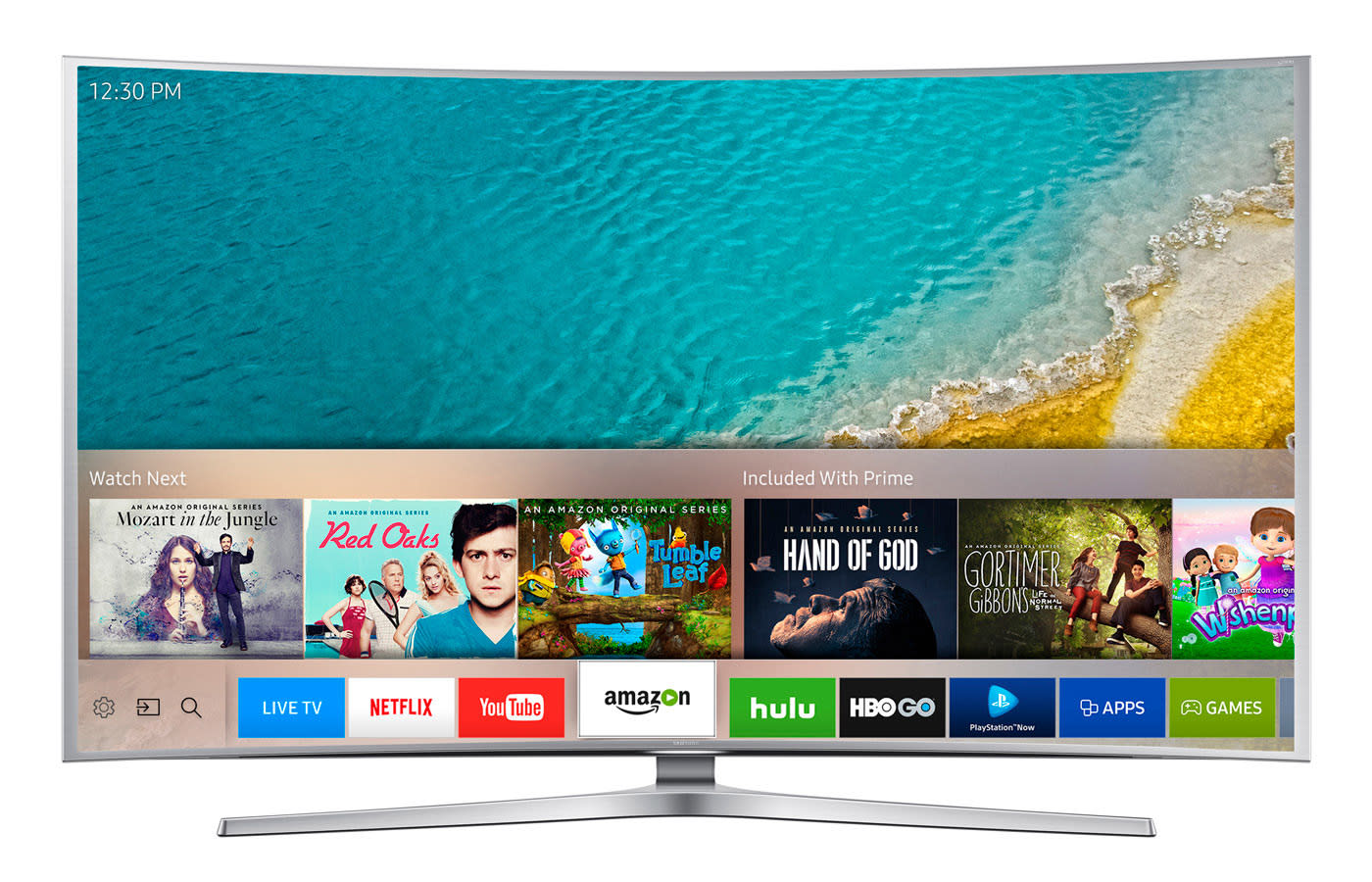 Samsung has recently tightened its relationship with Amazon, partnering up on its HDR10+ tech meant to counter Dolby Vision HDR. Now, Samsung's smart TVs will be some of the first third-party, non-Alexa devices able to stream Amazon Prime Music and Amazon Music Unlimited in the US and elsewhere, Samsung announced. The service will also work on all of Samsung's audio devices, including sound bars and wireless speakers.

Amazon Prime Music has a limited choice compared to services like Spotify or Apple Music, but it has one huge advantage: It's free if you're already a Prime member, at least in the US and UK. Amazon Music Unlimited gives you more choice, but is a paid service with a discount for Prime members and Echo owners. Up until now, however, the services have been pretty much limited to your phone, PC, Amazon's Echo or other Alexa devices from Sonos and others.

The music services will work on most Samsung Smart TV models, provided you're in the US, United Kingdom, Germany, Austria, France, Italy and Spain, for now. That could be because of limitations on Amazon Unlimited and/or Prime Music availability. Some countries like the US and UK offer both Prime Music and Unlimited Music, while other nations (France) only have the Unlimited option.

Recently, Amazon launched Music Unlimited more widely and Prime Video across the world. Hopefully, that same detente will apply to its Alexa and Echo devices, as well as Prime Music, which are still only in just a handful of countries so far.

Via: Sammobile
Source: Samsung
In this article: amazon, AmazonPrimeMusic, av, gear, Music, PrimeMusic, samsung, SmartTV, Streaming
All products recommended by Engadget are selected by our editorial team, independent of our parent company. Some of our stories include affiliate links. If you buy something through one of these links, we may earn an affiliate commission.