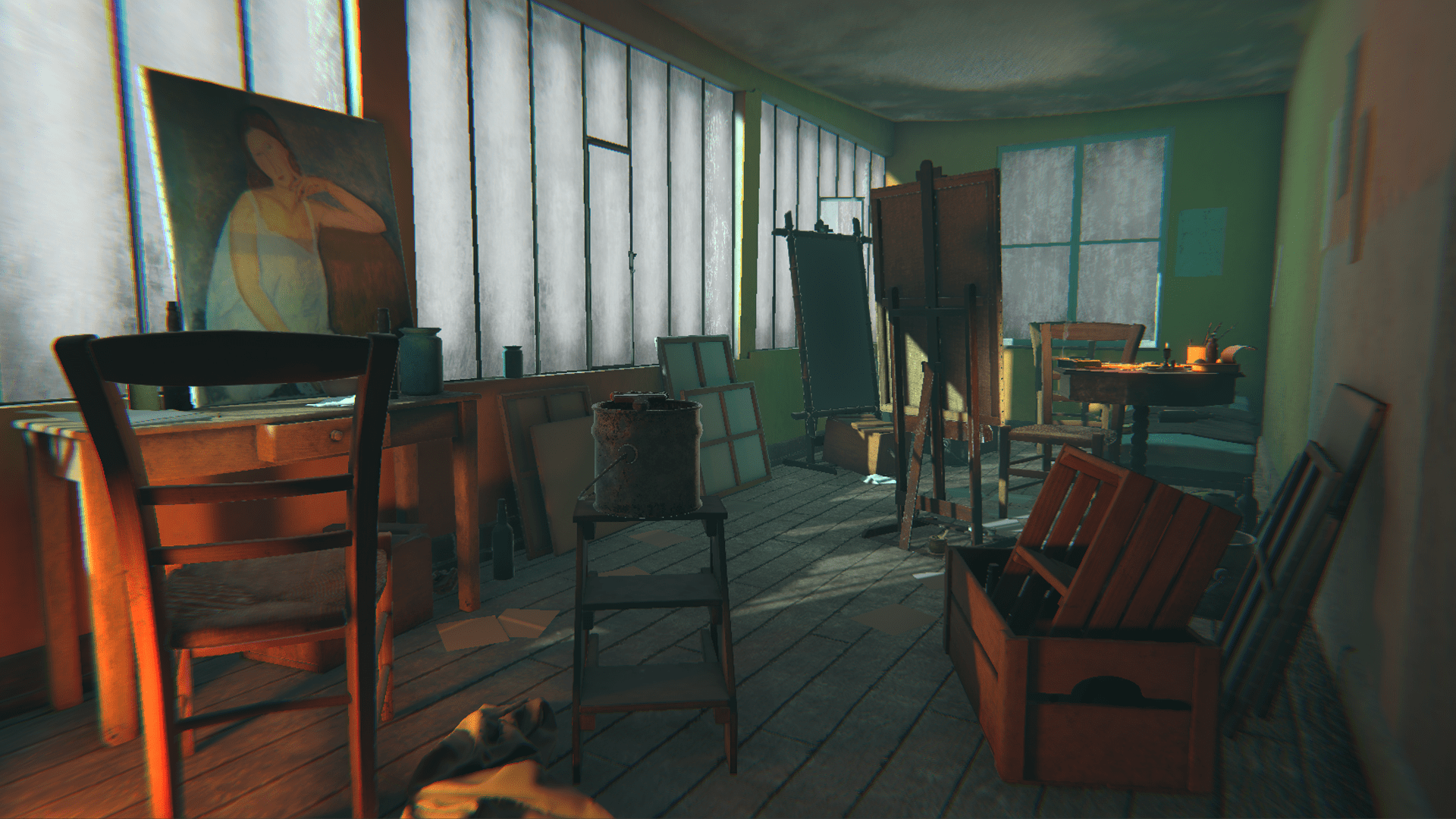 Image credit: 'The Ochre Atelier' for 'Modigliani' at Tate Modern on HTC Vive (Courtesy of Preloaded) 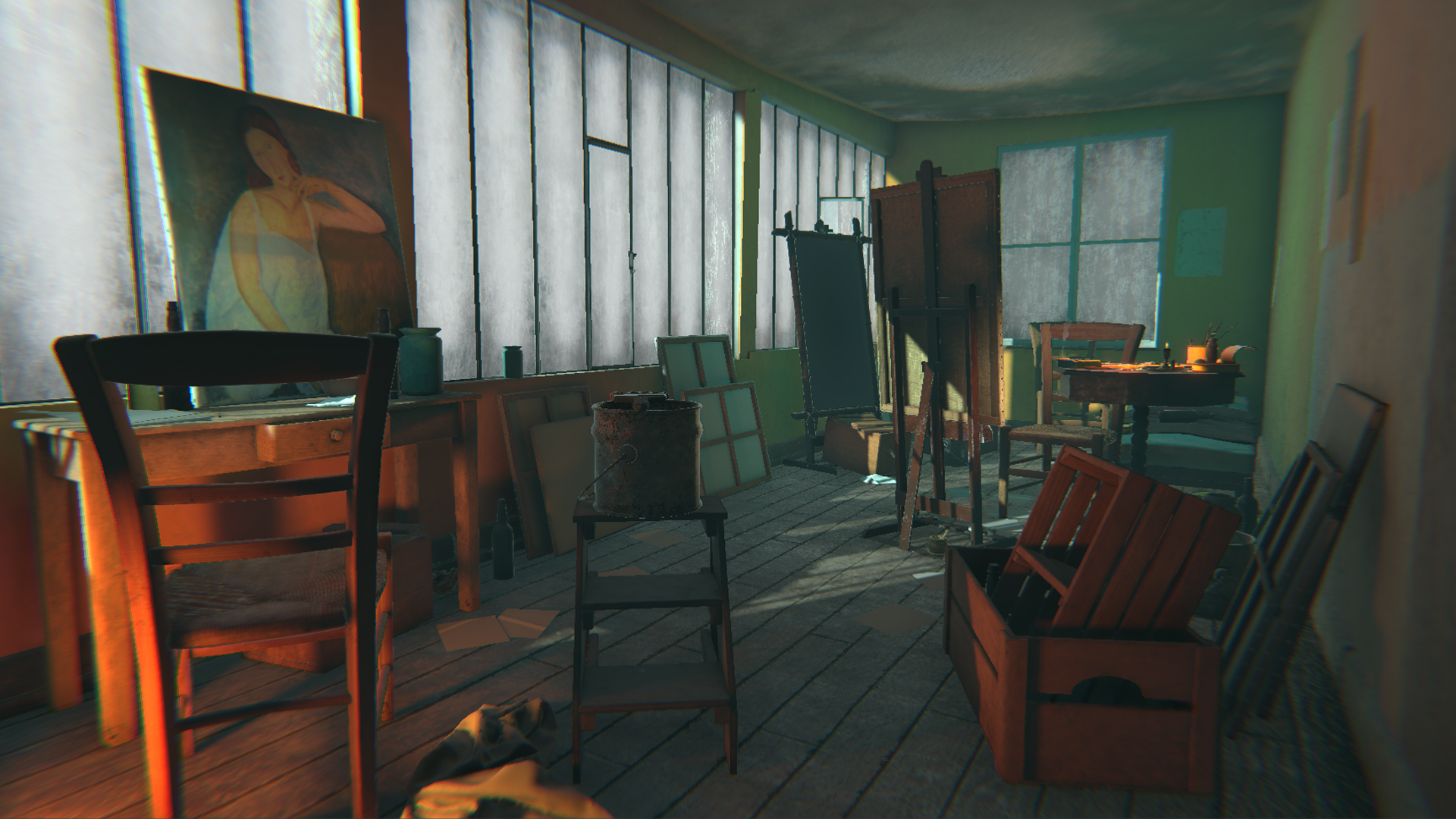 In recent years, HTC has partnered with several museums to cultivate VR as a tool for art and learning. New projects are always in the works, and recently the company launched the Vive Arts program, reaffirming its commitment to working with developers and cultural institutions to further explore VR as an artistic and educational medium. The first installation under the Vive Arts banner has now opened at London's Tate Modern gallery as part of a new exhibition celebrating late-19th/early-20th-century Italian painter and sculptor Amedeo Modigliani. And to its credit, the VR portion of this retrospective is no gimmick.

As Nancy Ireson, curator of international art at Tate Modern, led the press tour around the exhibition, she explained that it was fitting for Modigliani to be the focus of the gallery's first VR installation. Modigliani was an early proponent of African art as more than just a curiosity after all, and was interested in film, which itself was a fledgling medium at the time. As you walk the many rooms, you come across sketches, paintings, nudes and sculptures of ever-changing style and influence. Eventually you come to a small, sparsely decorated room with rows of wooden chairs and an HTC Vive headset next to each. 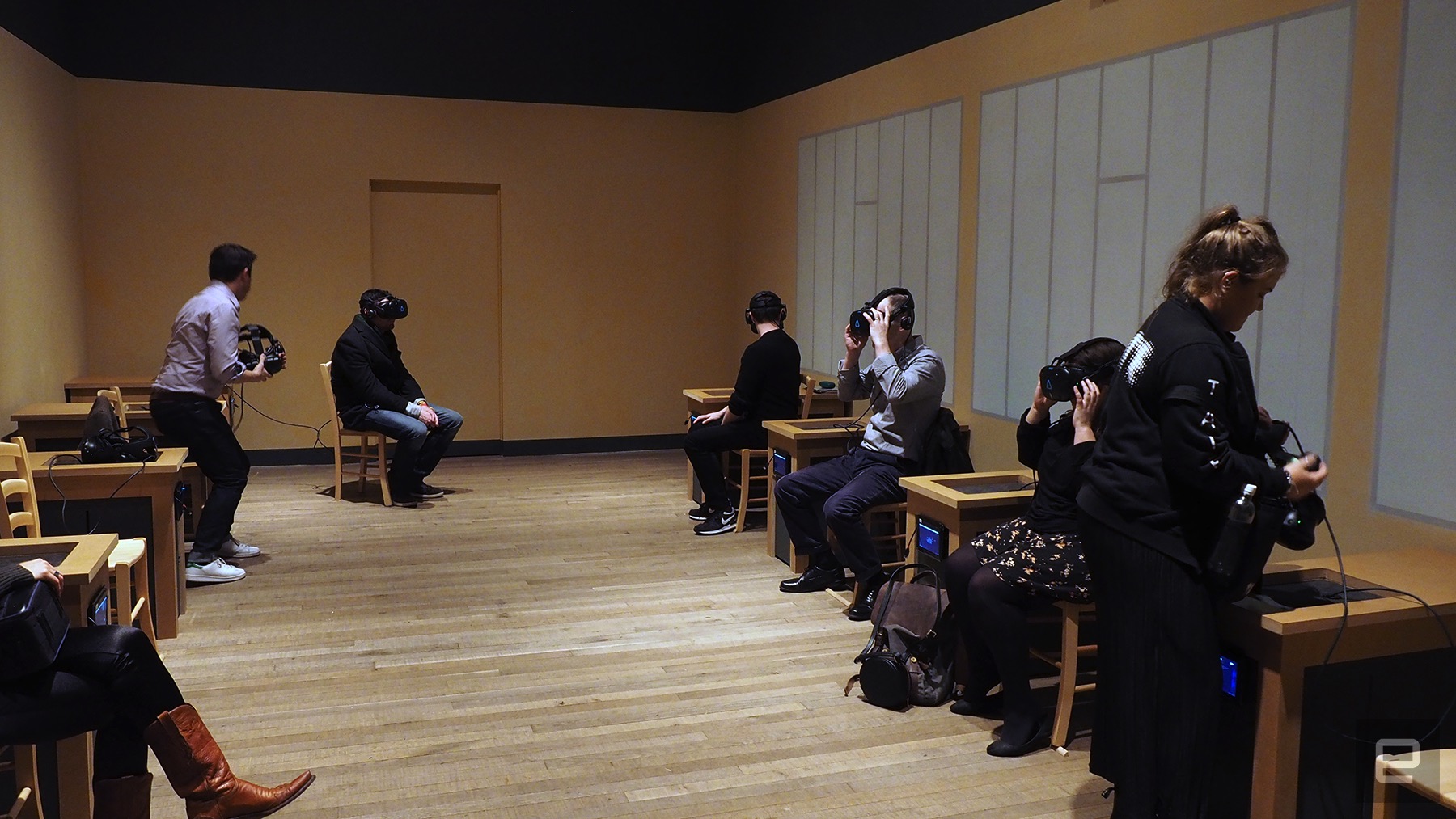 There are no room-scale sensors or controllers, because The Ochre Atelier, as the experience is called, is designed to be accessible to everyone regardless of computing expertise. And at roughly 6-7 minutes long, it's also bite-size enough that hopefully every visitor to the exhibition can take a turn. Its length and complexity don't make it any less immersive though. The experience itself is, superficially, a tour of Modigliani's last studio space in Paris: a small, thin rectangular room a few floors above street level.

In all, it took five months to digitally re-create the space. A wealth of research went into The Ochre Atelier, from 3D mapping the actual room -- the building is now a bed-and-breakfast -- to looking at pictures and combing through first-person accounts of Modigliani's friends and colleagues at the time. The developers at Preloaded took all this and built a historically accurate re-creation of what the studio would've looked like. You teleport around this space a few times, seeing it from different angles and getting more insight into the artist at each stop. Look at a few obvious "more info" icons from each perspective and you'll hear narrated the words of those closest to Modigliani at the time, alongside some analyses from experts at the Tate. 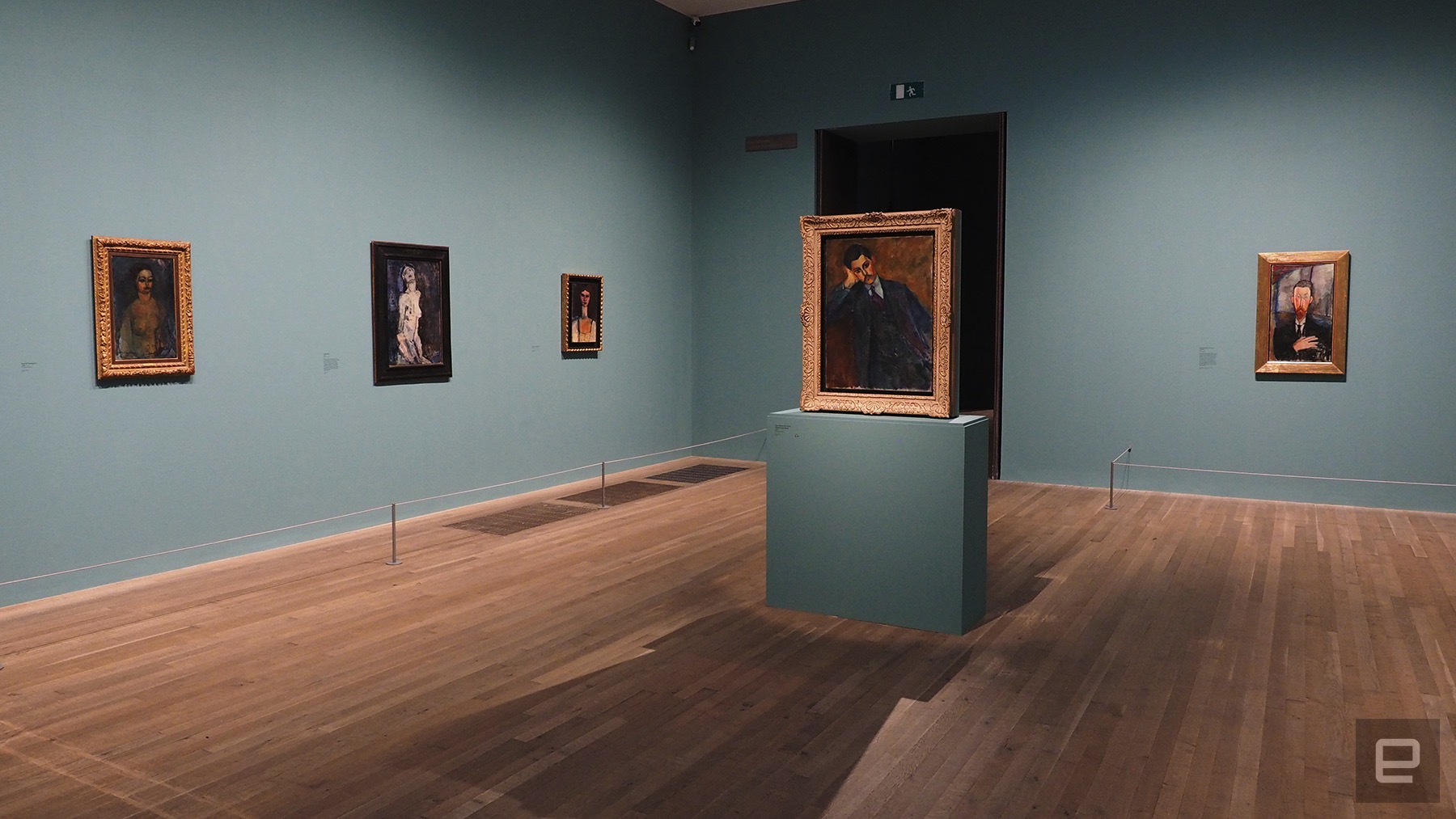 At the tail end of the experience, you learn about why this space was so important. It was where Modigliani created his final pieces and enjoyed the last of his troubled relationship with alcohol and drugs before dying, aged 35, from tubercular meningitis. In this way, the experience concludes on a somewhat morbid, emotive note. Dotted around his virtual studio are some of his final works. You notice, once the experience is over and you leave the VR area, these very works greet you again back in the exhibition proper. It creates an impactful sense of continuity between the VR part of the exhibition and the real one. The Ochre Atelier isn't a gimmick or a quirky piece of new media for the sake of it, but a genuine complement to the static paintings and sculptures in the halls beyond. Walking back through the exhibition and scanning the walls, I felt I'd learned a little bit more about Modigliani, his personality and his motivations, and looked upon everything in a more intimate light.

Given the reputation of the Tate Modern, anything other than a well-researched, thoughtful VR experience wouldn't have made the cut. And it wouldn't have really fit the Vive Arts bill, either. As Vive Arts' director, Victoria Chang, told me at the event, it's an "initiative that is designed to advance creation and appreciation of art through the latest technology." The goal of the program is to challenge the idea that VR is mere entertainment and "to bring more high-quality, educational, artistic content to more of our consumers and to the general public around the world." 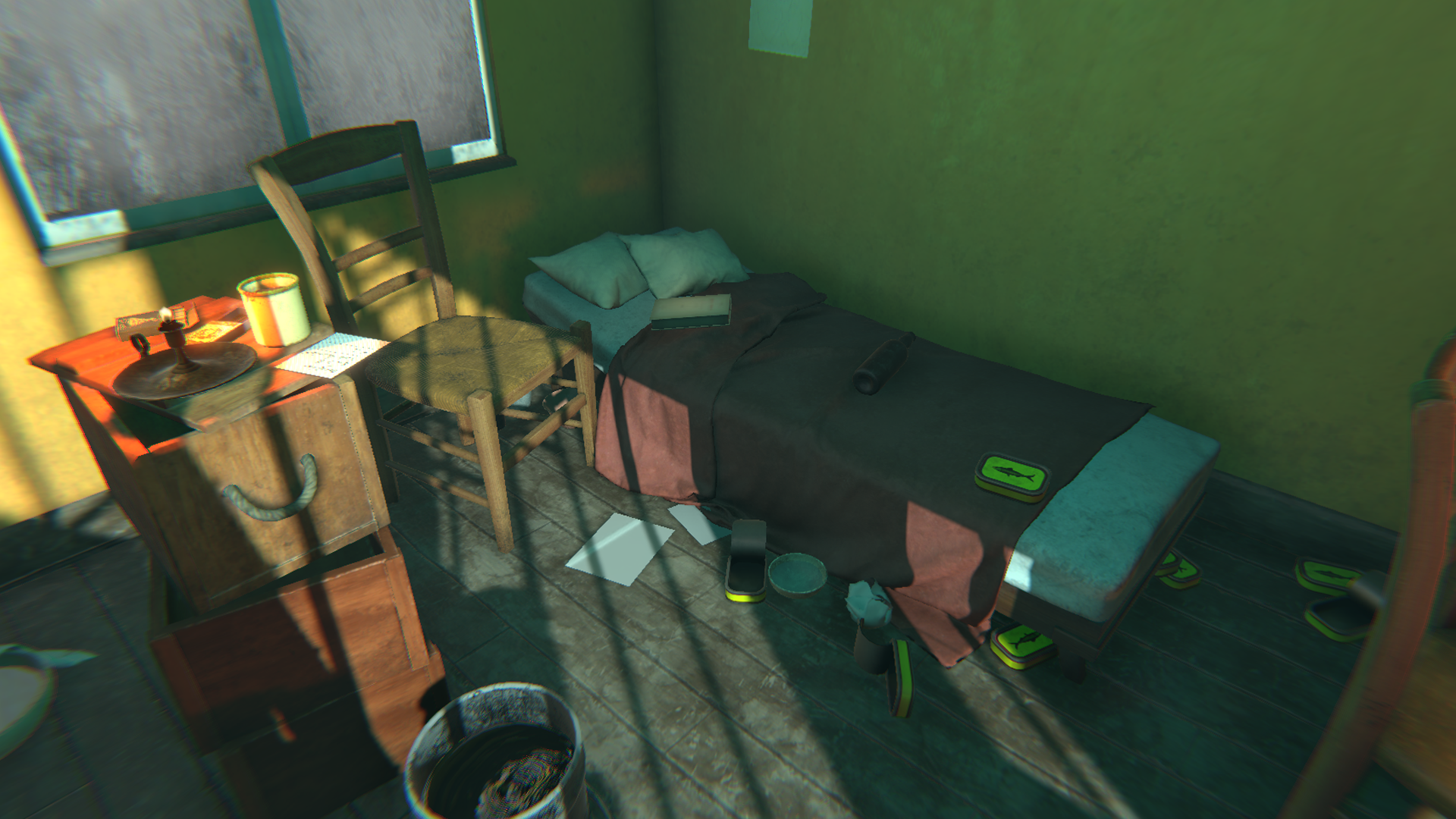 The Modigliani exhibition is now open at the Tate Modern until April 2nd, 2018, and for anyone who can't make it in person, a more comprehensive VR experience focusing on the artist will be released to Viveport in the coming weeks.

In this article: AmedeoModigliani, art, av, entertainment, gear, htc, htcvive, Preloaded, tatemodern, TheOchreAtelier, VirtualReality, vive, vivearts, vr
All products recommended by Engadget are selected by our editorial team, independent of our parent company. Some of our stories include affiliate links. If you buy something through one of these links, we may earn an affiliate commission.