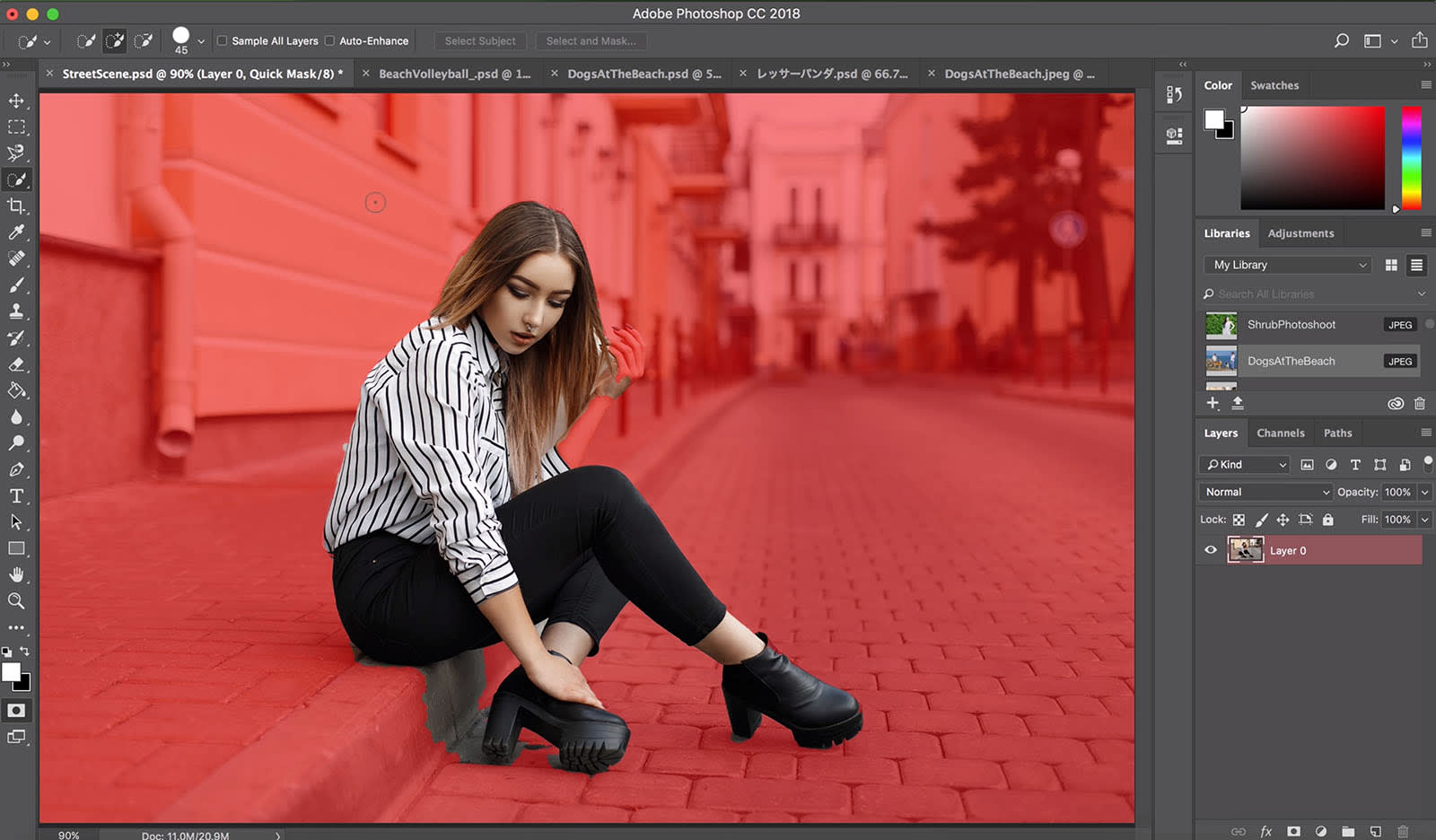 Masking a human or other subject out of a scene is a pretty common trick nowadays, but it's is still arguably one of the hardest and lowest-tech parts of Photoshop. Adobe's about to make that a lot easier, thanks to an upcoming AI-powered feature called Select Subject. Using it is pretty much idiot-proof: From the main or "Select and Mask" workspaces, you just need to click anywhere on the image, and it'll automatically select the subject or subjects in the image. From there, you're free to change the background or tweak the subject separately.

The tech is powered by Adobe's AI platform, Sensei. "Complicated details around the subject aren't an issue, because this feature is using machine learning to recognize the objects," Adobe Photoshop Product Manager Meredith Payne Stotzner says in the YouTube video (below). During the demo, she uses it select a single person on the street, a group of volleyball players, a couple on the beach and a red panda.

In some cases, details like hair and fur aren't properly selected, but using the tool would certainly give you a big head start. It pretty much eliminates the tedious hand-drawn or tweaked masking process, letting you focus on the fine details. Since it uses machine learning tech, it should also get better over time.

There are already plenty of Photoshop plugins like Akvis SmartMask and Fluid Mask that can do something similar to Select Subject. However, it'll be nice to have such a feature as part of Photoshop, rather than paying extra for a plugin. And the new feature is more than just a technology "sneak" -- it's an actual feature coming in a future Photoshop build. Adobe has yet to say exactly when it'll arrive, however.

Source: Adobe (YouTube)
In this article: Adobe, AI, art, Feature, FX, gear, personal computing, personalcomputing, Photoshop, PhotoshopCC, SelectSubject, Sensei
All products recommended by Engadget are selected by our editorial team, independent of our parent company. Some of our stories include affiliate links. If you buy something through one of these links, we may earn an affiliate commission.