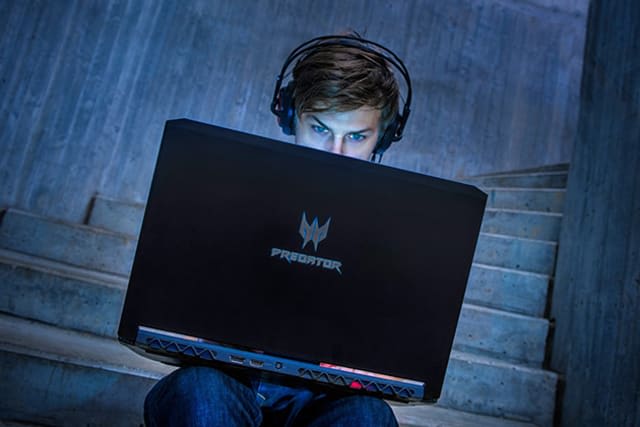 There's something of an arms race going on in the world of gaming notebooks right now. Increasingly weaponised designs – brutalist, futurist, angular, plenty of Kevlar motifs – are being matched by data processing power to justify such swagger.

At the same time, notebooks are getting leaner and lighter, making them more practical on the move, while the technology is becoming more finely tuned to the latest developments, such as VR, all of which adds up to a slicker and more immersive experience for the seriously dedicated PC gamer.

So, whether you're a first-time buyer or looking for an upgrade, what are the vital statistics should you be looking out for when it comes to a gaming notebook? Obviously, it needs to flex enough processing muscle to ensure a decent refresh rate, so that games not only look and sound perfect but there's no screen flickering or tearing during gameplay. A notebook tooled up with a 7th Gen Intel Core processor and NVIDIA GeForce GTX 1080 GPU will certainly take care of that. Throw in a couple of PCI SSD's in RAID 0 formation and a minimum 8GB (but preferably 16GB or more) and you're all set.

This is precisely what you get with something like Acer's Predator Triton 700, the epitome of this new generation of gaming notebooks. It looks the part too. Gaming PCs are prone to bold styling but purely based on aesthetics this is one of the most attractive laptops on the market. It offers a more distinguished look breaking tradition with the ubiquitous style of gaming PCs. The touchpad is made of Gorilla Glass and affords a view of one of the two AeroBlade 3D Fans that keep it from overheating, and at 18.9mm it is among the thinnest notebooks out there.

Given the energetic lifestyle and in-game enthusiasm of most gamers, their notebooks are inclined to take a bit of a kicking, so a robust built quality is important. Think aluminium lids and mechanical keyboards.

It is a given that if you're going to use your notebook primarily for games, then sound and images should be state-of-the-art. With the headphones on, 3D Dolby Atmos sound – the latest evolution in surround sound – is where it's at, and gives gamers a 360° aural landscape, meaning they can intuit and map sound coming from any direction, essential for that fully immersive experience. 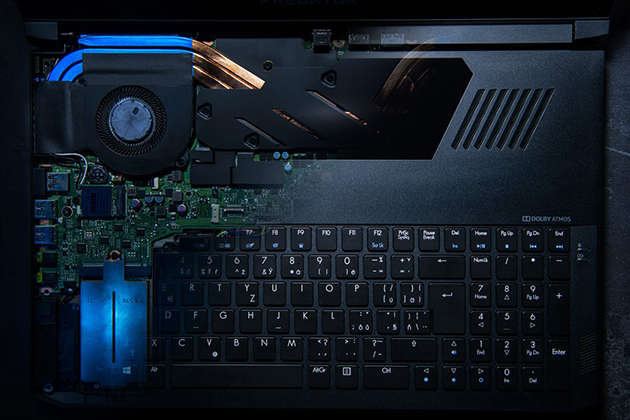 Which brings us to Virtual Reality. It seems that VR's moment has been about to come for close to two decades now, but perhaps it really is finally upon us. With so many gamers wondering what kind of hardware and software they'd need to enjoy it, GPU designer Nvidia took it upon itself to establish a benchmark and labelling system called 'VR Ready'.

Minimum requirements include things like a GTX 980 graphics card, two USB 3.0 ports, 8GB of Ram and so on. Nvidia's labelling matches and exceeds that laid out by headset makers Oculus Rift, which back at the start of 2016 suggested using VR on gaming notebooks would be a problem owing to a lack of power and performance.

Naturally this was treated as a challenge by manufacturers, and so the arms race in gaming notebooks entered a new phase, so that here in late 2017 we find the likes of Acer making it happen in hardware like the Triton 700, which has duly been labelled 'VR Ready' by Nvidia.

Find out more about thin yet powerful gaming Predator notebook line from Acer including the Triton 700 and Helios 300, that combine the right balance of size, performance and features.

In this article: acer, gaming, personal computing, personalcomputing, sponsor-acer, sponsored
All products recommended by Engadget are selected by our editorial team, independent of our parent company. Some of our stories include affiliate links. If you buy something through one of these links, we may earn an affiliate commission.