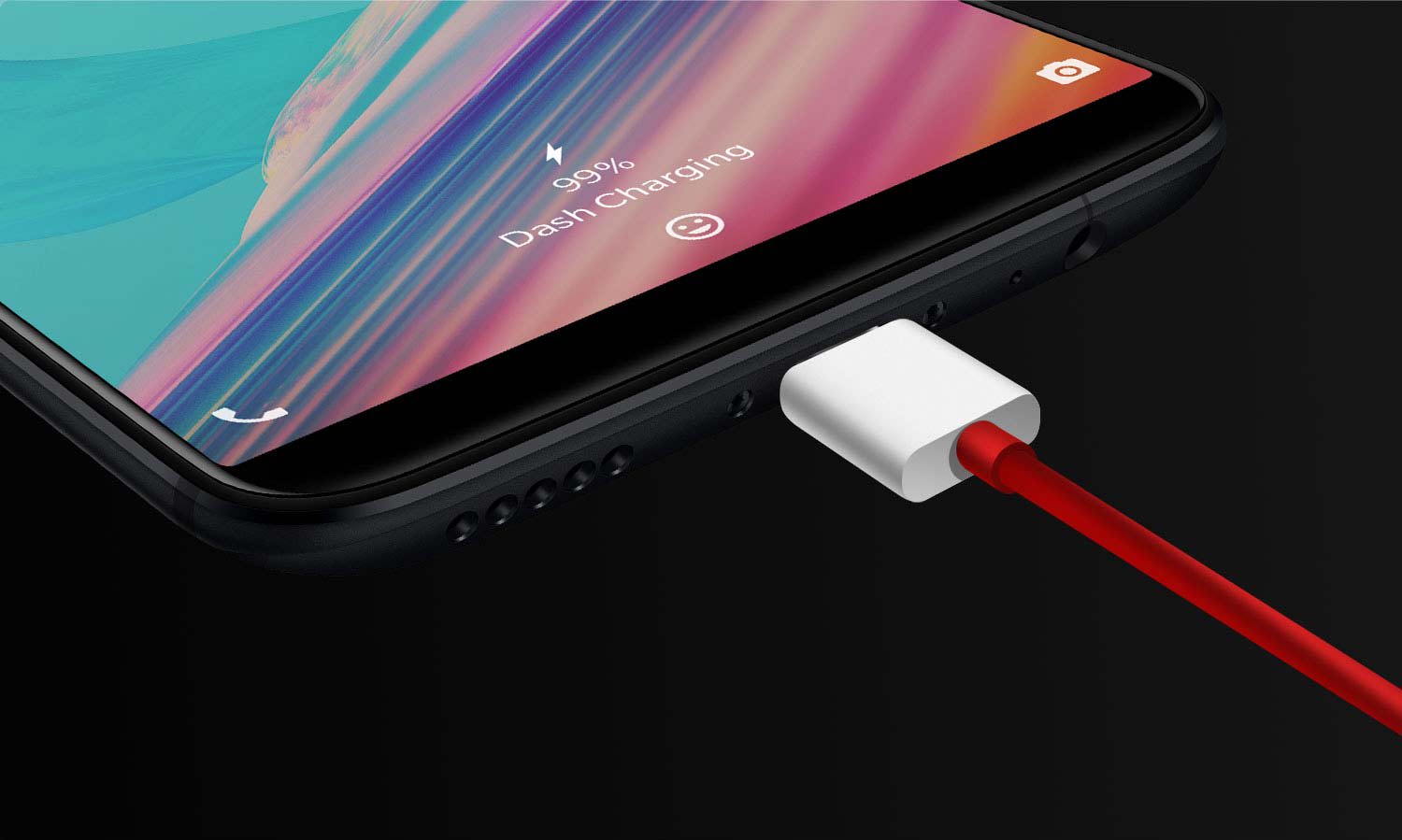 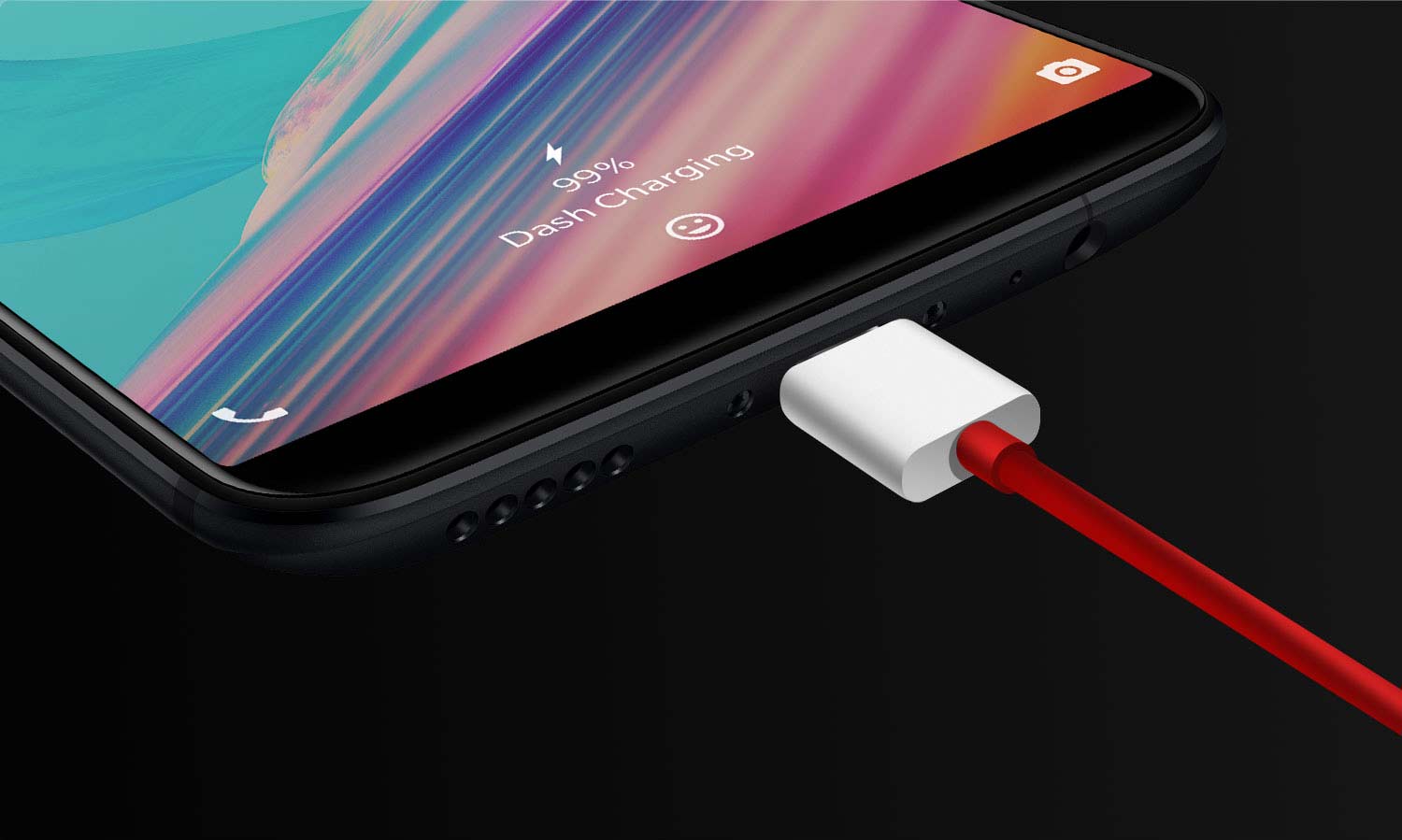 You just realized that your phone is low on juice, and panic sets in. How much charge can you get in a limited amount of time? We tested 10 of the top flagship phones and found that the OnePlus 5T is the fastest in the land. 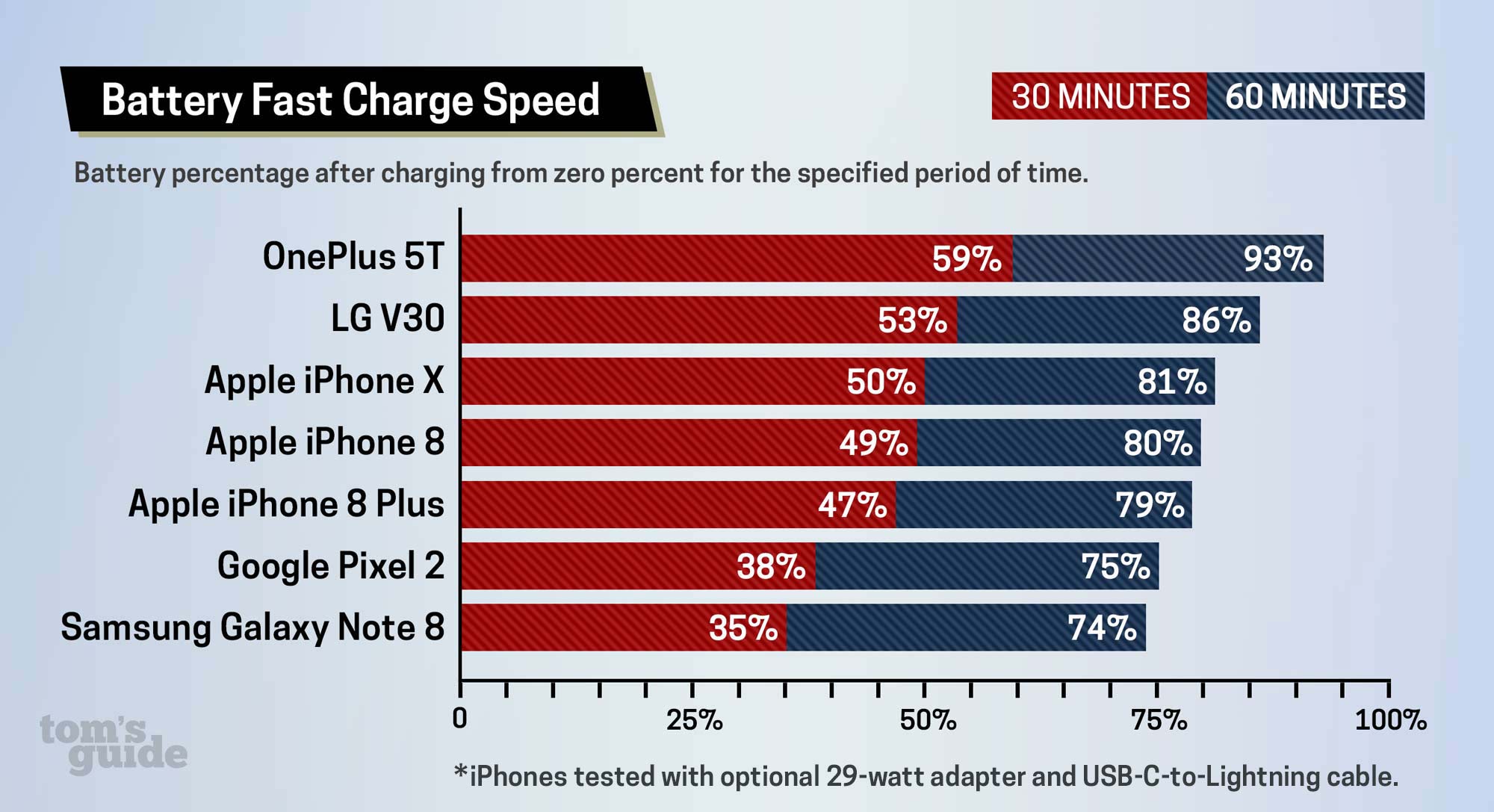 The good news is that most of the premium Android phones these days offer some form of quick charging via their USB-C adapters. In the case of the latest iPhones, you can get fast charging, but only if you pay extra for both a 29-watt power adapter and a USB-C-to-Lightning cable (about $68 total). Yes, I'm serious.

For our first round of testing, we wanted to find what battery percentage these phones could reach in 30 minutes of charging with their included adapters. The phones were on, but the screens were turned off. With the iPhone 8, iPhone 8 Plus and iPhone X, we used both the standard AC plug and the fast-charging gear to bring you both sets of results.

The OnePlus 5T led the pack, reaching an impressive 59 percent in 30 minutes. The advantage for the OnePlus? Unlike most other Android phones, it doesn't use Qualcomm's QuickCharge technology. Instead, it employs the proprietary Dash Charge, which delivers higher amperage than QuickCharge and uses dedicated circuitry in the charger itself for heat management. (Android Central has a great explainer on how Dash Charge works.)

The next-best phone in the first round of our testing was the LG V30, at 53 percent. The iPhone X, iPhone 8 and iPhone 8 Plus were all close behind, at 50 percent, 49 percent and 47 percent, respectively, when we used the fast-charging gear Apple sells separately.

* Based on Tom's Guide web surfing battery test over LTE

However, it's important to note that these iPhones charge slower than the rest of the field even with their included adapters. For instance, the iPhone X hit only 17 percent after 30 minutes.

Among other phones, the Galaxy Note 8, S8 and S8+ were all in the same ballpark, at 35 to 38 percent, and the Pixel 2 and Pixel 2 XL had comparable results.

So how about after an hour? The OnePlus 5T once again took the prize, reaching 93 percent in 60 minutes. The LG V30 snagged second place, at 86 percent, and the latest iPhones all vied for third place, though the iPhone X had the most capacity, at 81 percent. And, yes, you could argue that you need to cheat to hit these numbers with the iPhone, because you have to buy extra gear.

Overall, if filling up your phone fast is a top priority, the OnePlus 5T is the champ. And at $499, it's also the most affordable phone you can get that comes with flagship-level specs and performance.

In this article: FastCharging, mobile, oneplus, oneplus5t, partner, syndicated, tomsguide
All products recommended by Engadget are selected by our editorial team, independent of our parent company. Some of our stories include affiliate links. If you buy something through one of these links, we may earn an affiliate commission.