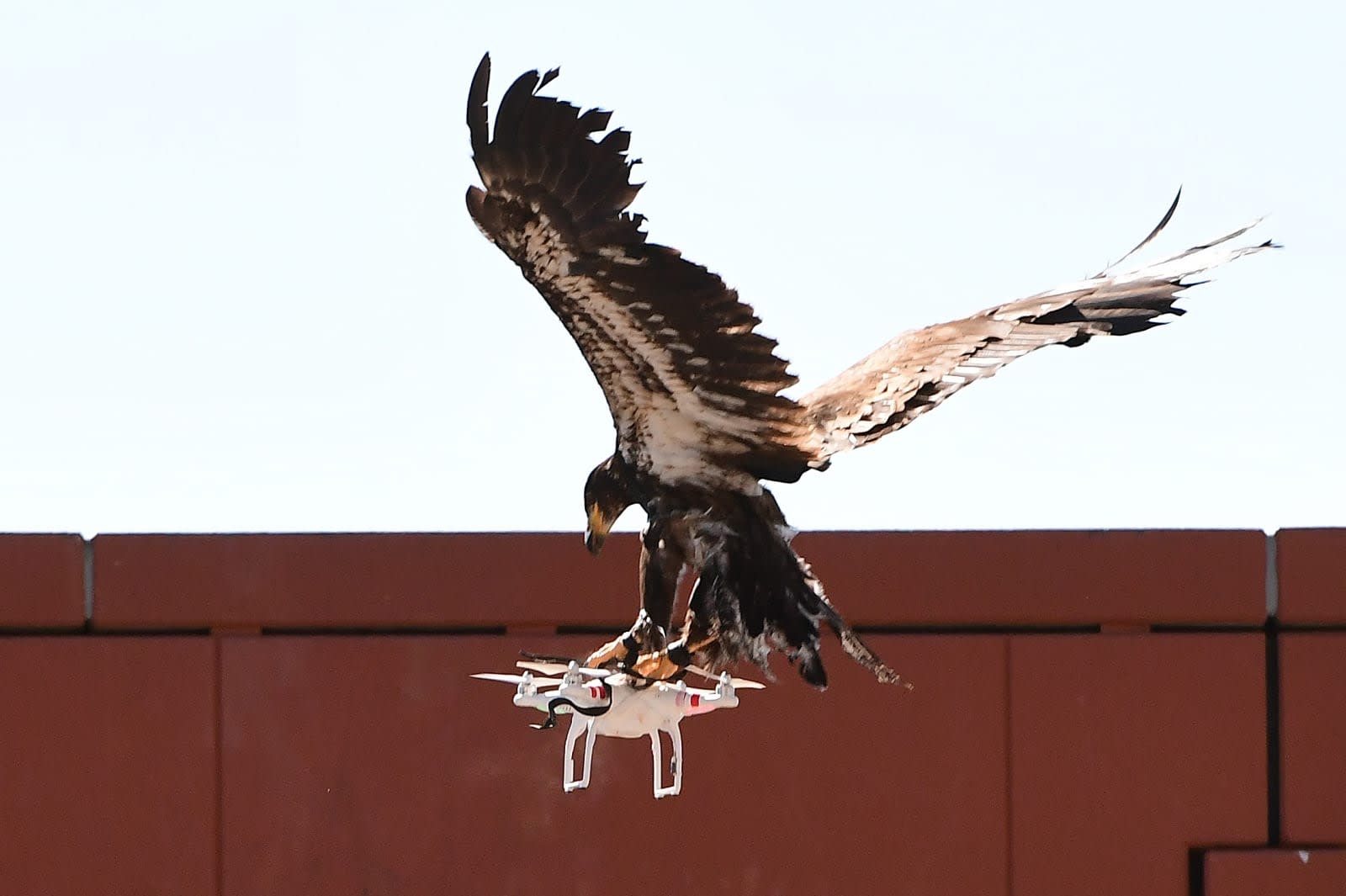 Police in the Netherlands may have been a tad too hasty in testing a squadron of drone-catching eagles. NOS has learned that Dutch law enforcement officials are retiring the birds (they're going to new homes) and winding down the program. Not surprisingly, the decision is a response to both actual demand as well as the performance of the birds themselves.

To start, there just isn't much need for the eagles -- they were support to thwart terrorists and potential accidents, but there thankfully hasn't been much of a problem. And, like you might guess, even birds trained from youth to intercept drones won't always do what they're told. There was a concern that their performance problems in tests might be magnified in the chaos of real-world conditions. Raising and training these predators wasn't cheap, either.

Dutch police are also ending an experiment that had rats sniffing out fake cigarettes, human remains and illegal fireworks. The rodents couldn't be made "operational," police said.

It wasn't hard to predict that the eagle program would shut down. Even if you discount the utility of the birds, anti-drone technology is advancing quickly enough that technology can likely do the job as well or better. If you can disable drones at will with a portable gun, why spend years grooming eagles that aren't even guaranteed to do what you want? As it stands, we're sure the eagles would rather catch the sort of prey they can eat.

Via: DutchNews.nl
Source: NOS (translated)
In this article: drone, drones, eagle, eagles, gear, lawenforcement, netherlands, police, robots
All products recommended by Engadget are selected by our editorial team, independent of our parent company. Some of our stories include affiliate links. If you buy something through one of these links, we may earn an affiliate commission.