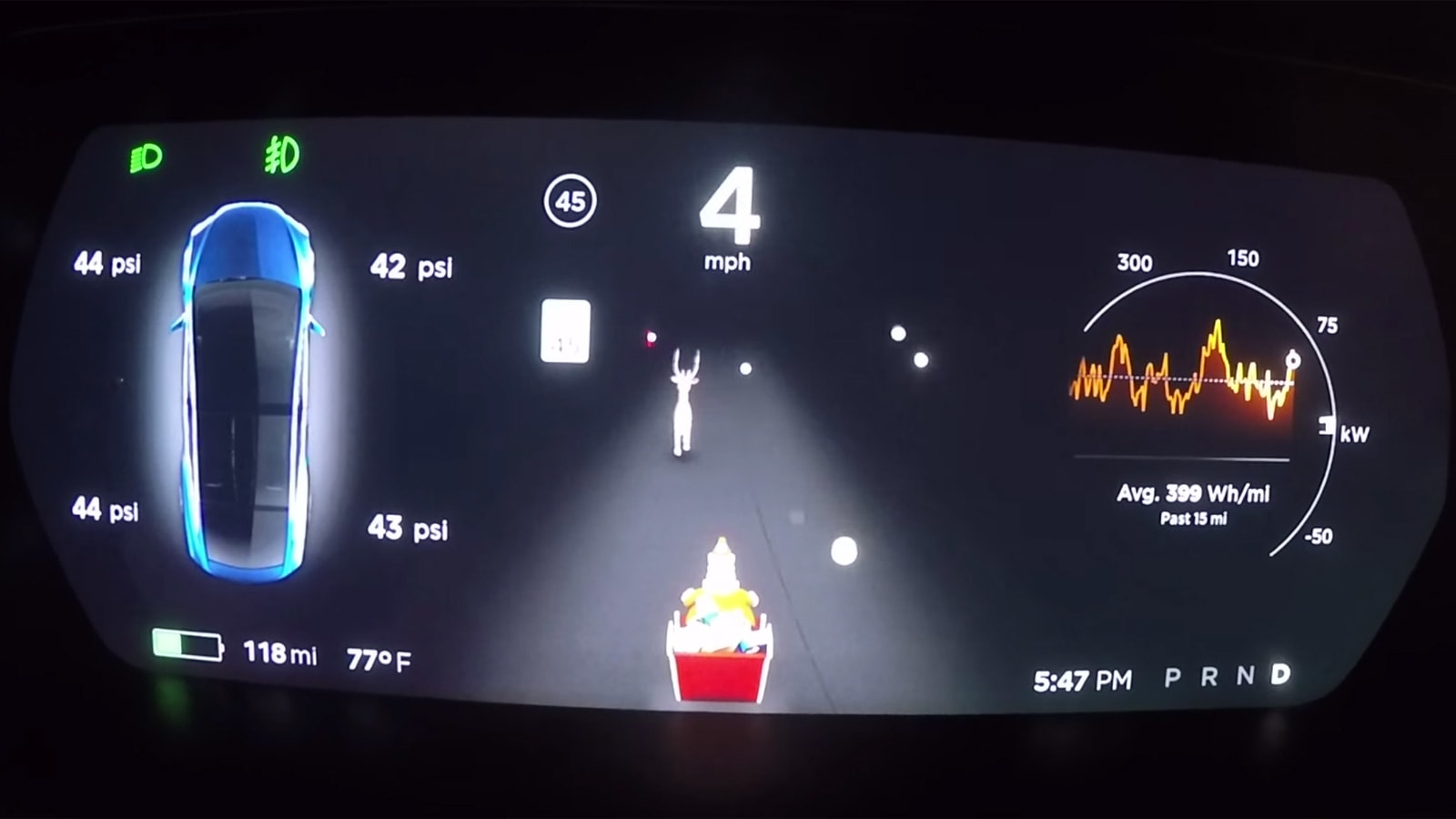 Tesla is no stranger to offering Easter eggs that get you into the holiday spirit, but its latest is particularly... festive. Dive into the Easter egg section on your EV and you'll discover a reindeer button that invokes a Santa Mode. To say it brings a Christmas vibe to your car would be an understatement. It turns your car into Santa's sleigh on the dash display (and other cars into reindeer), but that's really just the start of the flourishes.

The new mode plays the late, great Chuck Berry's version of "Run Rudolph Run" when it first kicks in, for one thing. You'll also hear sleigh bells when you invoke a turn signal. And if you're fortunate enough to have a car with Autopilot, the road ahead will suddenly turn icy. The kicker? There may even be more -- Elon Musk has hinted that there's an "Easter egg inside the Easter egg, but it's not funny." We're still trying to discover what that is, but it's evident that Santa Mode is as much a challenge as it is a treat for drivers.

Some drivers are less than thrilled with Santa Mode. Those with newer cars are frustrated that their Autopilot software still lacks some parity with pre-October 2016 vehicles months after they were supposed to catch up. However, Easter eggs are relatively easy to implement, so it's not surprising that Tesla could whip this up. And let's face it, this is one of the perks of owning a Tesla in the first place. The combination of all-digital displays and frequent software updates lets Tesla add little delights that you couldn't get if you had to stare at an old-school instrument cluster.

Source: Electrek, DragTimes (YouTube), Elon Musk (Twitter)
In this article: christmas, easteregg, electriccar, electricvehicle, ev, gear, holiday, models, modelx, santaclaus, tesla, transportation, video
All products recommended by Engadget are selected by our editorial team, independent of our parent company. Some of our stories include affiliate links. If you buy something through one of these links, we may earn an affiliate commission.