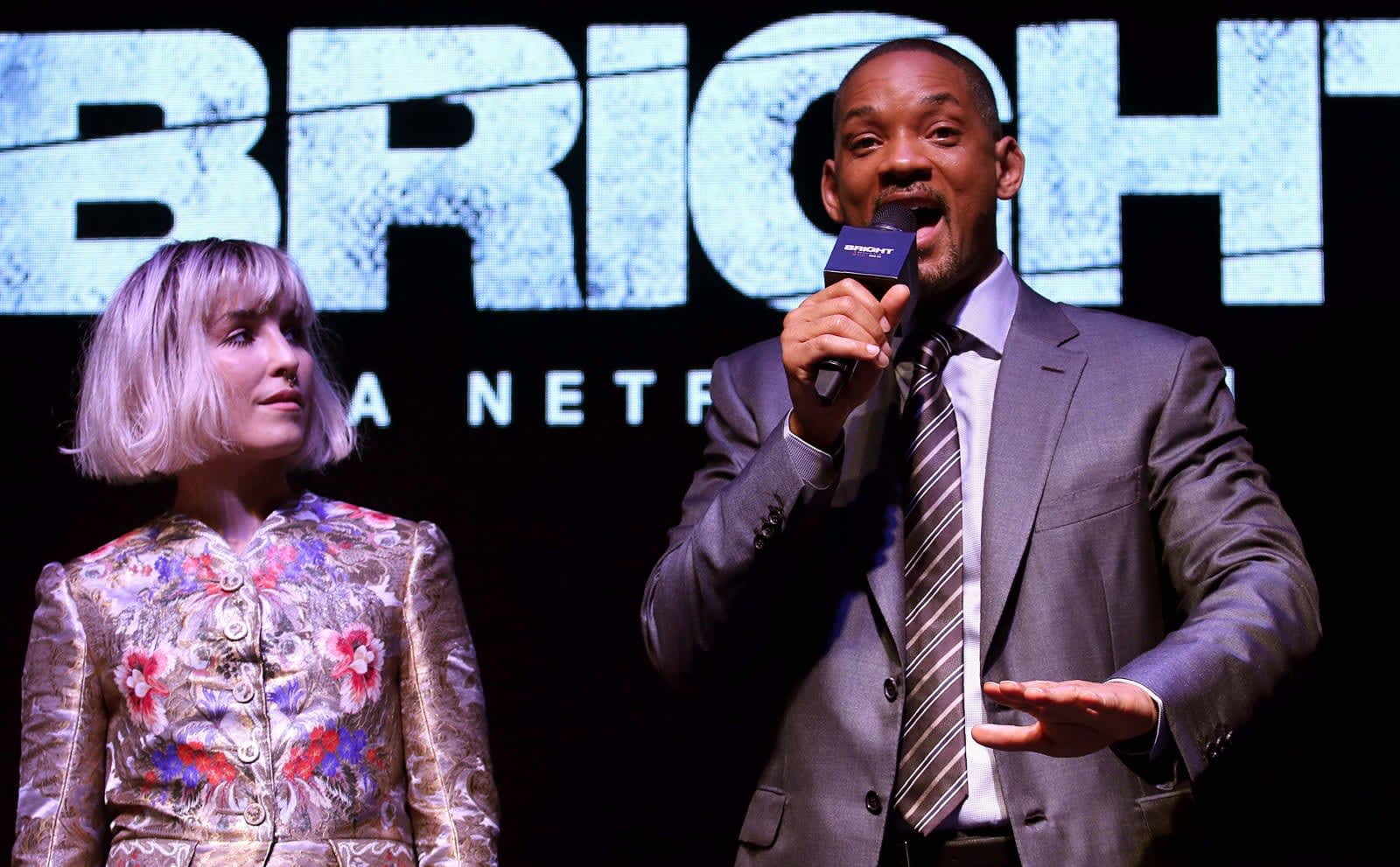 It turns out betting on Will Smith paid off for Netflix. The company's first blockbuster film, Bright, garnered 11 million streaming viewers in the U.S. over its first three days, according to Nielsen figures reported by Variety. To put that in perspective, Nielsen found that 15.8 million people watched Stranger Things 2 over the same period of time, and The Crown's second season premiere saw three million viewers.

While Bright was widely reviled by critics, Netflix has reportedly already greenlit a sequel. As I argued yesterday, the hype behind the film matters more to the company than its quality. (Notably, Bright's Rotten Tomatoe's score now sits at 26 percent, while its audience score is a rosy 89 percent.)

Since these figures don't come directly from Netflix (which doesn't release any streaming stats), they may not be entirely accurate. Nielsen's tracking methodology doesn't include mobile gadgets and computers -- it's solely tracking what people are viewing on TVs. And of course, it's only limited to U.S. viewers for now. For now though, Nielsen's stats are a useful way to compare how audiences are responding to Netflix's offerings.

The big takeaway? Netflix likely knew that its viewers would respond well to Bright well before its debut. That would explain why it was so quick to order a sequel. Unfortunately, the company likely won't ever open up about the metrics that guides those decisions. We can expect to see more big bets from Netflix next year, though, as the company plans to spend $8 billion on original films and shows.

Via: Variety
In this article: art, av, Bright, entertainment, Netflix, WillSmith
All products recommended by Engadget are selected by our editorial team, independent of our parent company. Some of our stories include affiliate links. If you buy something through one of these links, we may earn an affiliate commission.