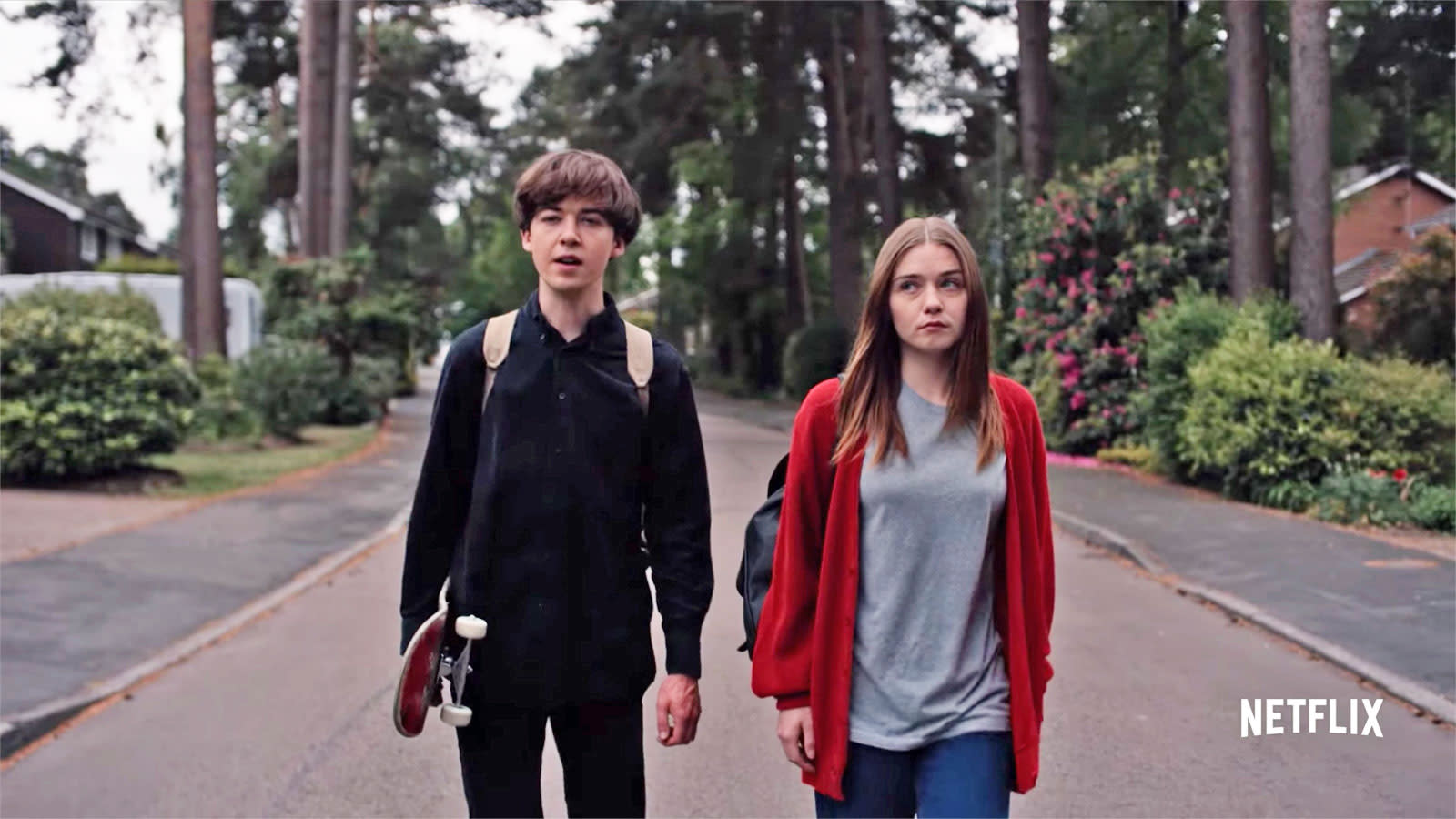 Netflix has been diving head-first into graphic novel adaptations as of late, and its next premiere might just be a sterling example of that. The streaming service has announced that its adaptation of Charles Forsman's graphic novel The End of the F**king World will premiere on January 5th. As the bleeped out title suggests, this isn't exactly a family-friendly coming of age story. Self-admitted teen psychopath James joins salty rebel Alyssa on a road trip to find a new life, at first looking for opportunities to kill her and eventually realizing that he's starting to develop feelings. Suffice it to say that their clashing-yet-oddly-matching personalities lead them to strange places.

As with a few other Netflix productions, this is a streaming/TV partnership rather than an internet-only exclusive. The show was produced in tandem with E4 and premiered on the UK's Channel 4 back in October. In that sense, this is more about distribution than anything. However, that's part of the appeal: Netflix can offer a wider audience for riskier shows that might not get a fair shake outside of their home country.

In this article: charlesforsman, e4, entertainment, graphicnovel, internet, netflix, services, streaming, television, theendofthefingworld, tv, video
All products recommended by Engadget are selected by our editorial team, independent of our parent company. Some of our stories include affiliate links. If you buy something through one of these links, we may earn an affiliate commission.