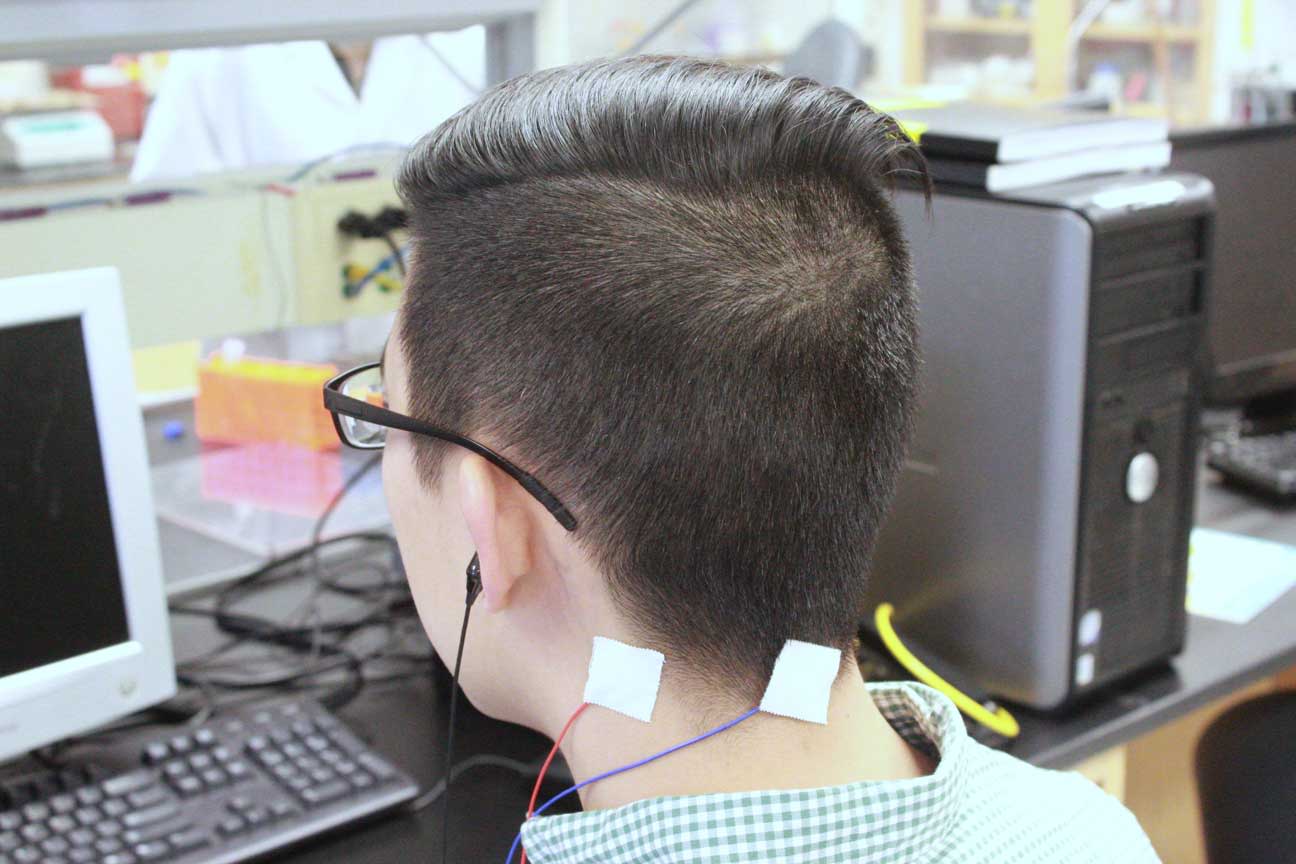 Apparently, around 2 million Americans can't work because of tinnitus, and it's also the most common service-connected disability in veterans. The condition doesn't have a cure yet, but those suffering from it might not have to endure all the phantom ringing, clicking and hissing for life, thanks to a device developed by researchers from the University of Michigan. Their creation treats tinnitus by using precisely timed sounds and weak electrical pulses designed to persuade damaged nerves in the region of the brainstem called dorsal cochlear nucleus into working correctly again.

"When the main neurons in [the dorsal cochlear nucleus], called fusiform cells, become hyperactive and synchronize with one another, the phantom signal is transmitted into other centers where perception occurs.

The team tested the small, box-like device on guinea pigs first before testing it on 20 tinnitus patients who used it 30 minutes every day for four weeks. It played a sound into the ears and alternated it with precisely timed, mild electrical pulses to the cheek or neck for half the patients. The other half only received sounds. They found that the loudness of the phantom sounds decreased by 12 decibels in some of the patients who received both sounds and electrical pulses. A couple of subjects even said their tinnitus disappeared completely. However, those who only received sounds didn't report a change in their condition.

Due to the way their device works, it can only treat somatic tinnitus. People who have this variant can modulate the phantom ringing/hissing they hear by pressing a part of their face and forehead or clenching their jaw. Thankfully, studies say two-thirds of tinnitus patients suffer from somatic forms of the condition, making their device a promising treatment for most people. The researchers are trying to find a way to make it work just as well for nonsomatic patients, though. They're also conducting more studies and tests to figure out how to make its effects last longer, since the testers' symptoms came back after a couple of weeks.

"We're definitely encouraged by these results, but we need to optimize the length of treatments, identify which subgroups of patients may benefit most, and determine if this approach works in patients who have nonsomatic forms of the condition that can't be modulated by head and neck maneuvers."

In this article: gear, medicine, tinnitus, universityofmichigan
All products recommended by Engadget are selected by our editorial team, independent of our parent company. Some of our stories include affiliate links. If you buy something through one of these links, we may earn an affiliate commission.