Internet slowdowns at home aren't just annoying anymore. They can be hazardous to your health or dangerous if you're in an area that freezes.

Internet service provider Armstrong Zoom has roughly a million subscribers in the Northeastern part of the U.S. and is keen to punish those it believes are using file-sharing services.

The ISP's response to allegedly naughty customers is bandwidth throttling -- which is when an ISP intentionally slows down your internet service based on what you're doing online. In this case, when said ISP believes you're doing something illegal.

As part of its throttling routine, Armstrong Zoom's warning letter openly threatens its suspected file-sharing customers about its ability to use or control their webcams and connected thermostats.

The East Coast company stated: "Please be advised that this may affect other services which you may have connected to your internet service, such as the ability to control your thermostat remotely or video monitoring services."

The Night King will be pleased It's disturbing news for those facing the severe East Coast weather this weekend. Even more so in light of the fact that file-sharing notices are routinely used on innocent people.

Armstrong Zoom delivers its internet service to states including Ohio, Pennsylvania, West Virginia and Maryland. This weekend, brutally cold temperatures are expected to follow in the wake of the powerful storm associated with the "bomb cyclone" that hit Maryland.

All US states served by Armstrong Zoom will be experiencing temperatures around or under freezing over the weekend and into the near future. Bandwidth throttling for customers in those areas who have connected thermostats could mean the difference between sickness and health, or even life and death. Seems like an extreme punishment for any allegedly downloaded Game of Thrones cam rips.

It's a literally chilling thought and an entirely new problem under the gun of a regime absent of net-neutrality rules. All is connected and everything is affected. It won't just be a slow Netflix connection that disrupts your online life.

If your ISP decides to throttle you, that means thermostats, cameras, lighting, speakers, alarm systems, refrigerators and everything you need to have a strong and reliable internet connection for will no longer be, well, reliable. With thermostats particularly, it's important to learn how this might affect which one you have, specific to its generation; especially if you need to know how (or if) you can manually control it.

When asked about remote thermostat control inside or outside the home during outage or throttling, a Nest spokesperson told Engadget via email, "The key word here is 'remotely.' If I'm in my house I don't need to remotely change the temperature." They added, "Nest thermostats don't need an internet connection to operate your heating and cooling. You'll still be able to control your Nest thermostat from home, even if your internet is down."

If an Armstrong Zoom customer is accused of illegal downloading, they have no recourse against being throttled. Request for comment from Armstrong Zoom was not returned by time of publication.

Customers who need their full service restored -- to regain control over their thermostats -- are forced to read an educational article about copyright infringement, answer questions about it and then sign an agreement stating they've done so.

For those in the path of this weekend's killer icy blast raging into New England, especially pets and elderly, this is all very bad news, indeed. 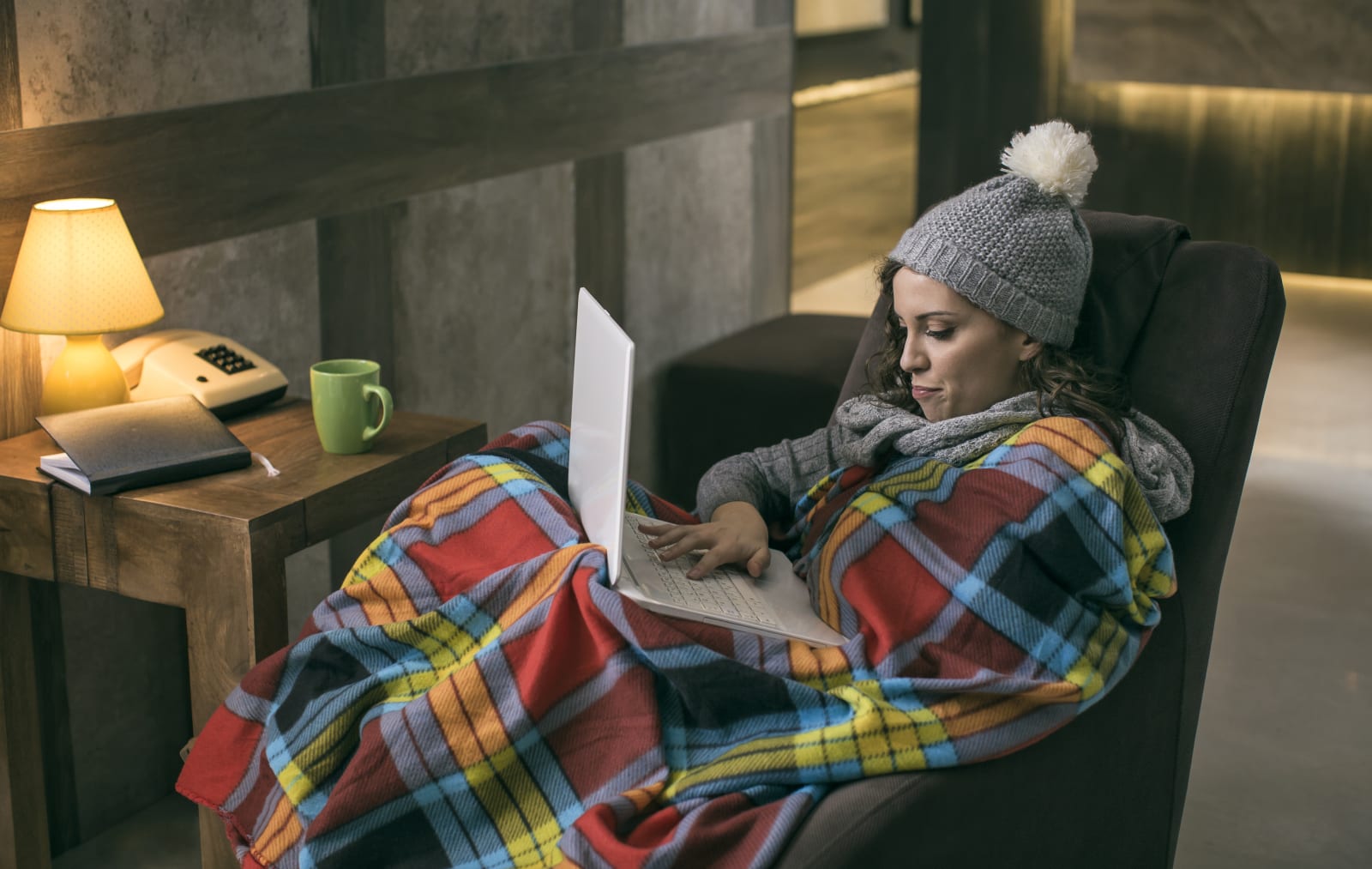 That boneheaded net-neutrality repeal, then, could have much further reaching, and potentially deadly consequences.

Before December 14th, your ISP was not allowed to block or throttle any otherwise legal content or slow your speeds based on the types of traffic or application you're using. However, it can in instances when there's an ISP contract clause (or a "Fair Usage Policy") stating that if a user breaks the data limit within a month, their connection would be throttled next month.

The rationale behind a "data cap" is that ISPs say it prevents overuse of a network by a small number of users. Legal things that require higher-bandwidth usage, which might be noticed by an ISP, include streaming, downloading and gaming.

But on December 14th any rationale for throttling (or not) went out the window. Thanks to the Federal Communications Commission (FCC), ISP's became free to restrict without reason and make bandwidth deals with whomever it chooses to favor.

That's because the FCC voted to repeal net-neutrality rules that had previously prevented ISPs like Comcast, AT&T and Verizon from throttling consumer bandwidth as they please.

We'll never know if the FCC was thinking about grandma freezing to death in Maryland when her connected thermostat fails under ISP throttling. But either way, there's a special place in hell for those who voted to repeal net neutrality, we can be sure. If gran survives this winter, maybe teach her how to do a speed test to see if she's being throttled.