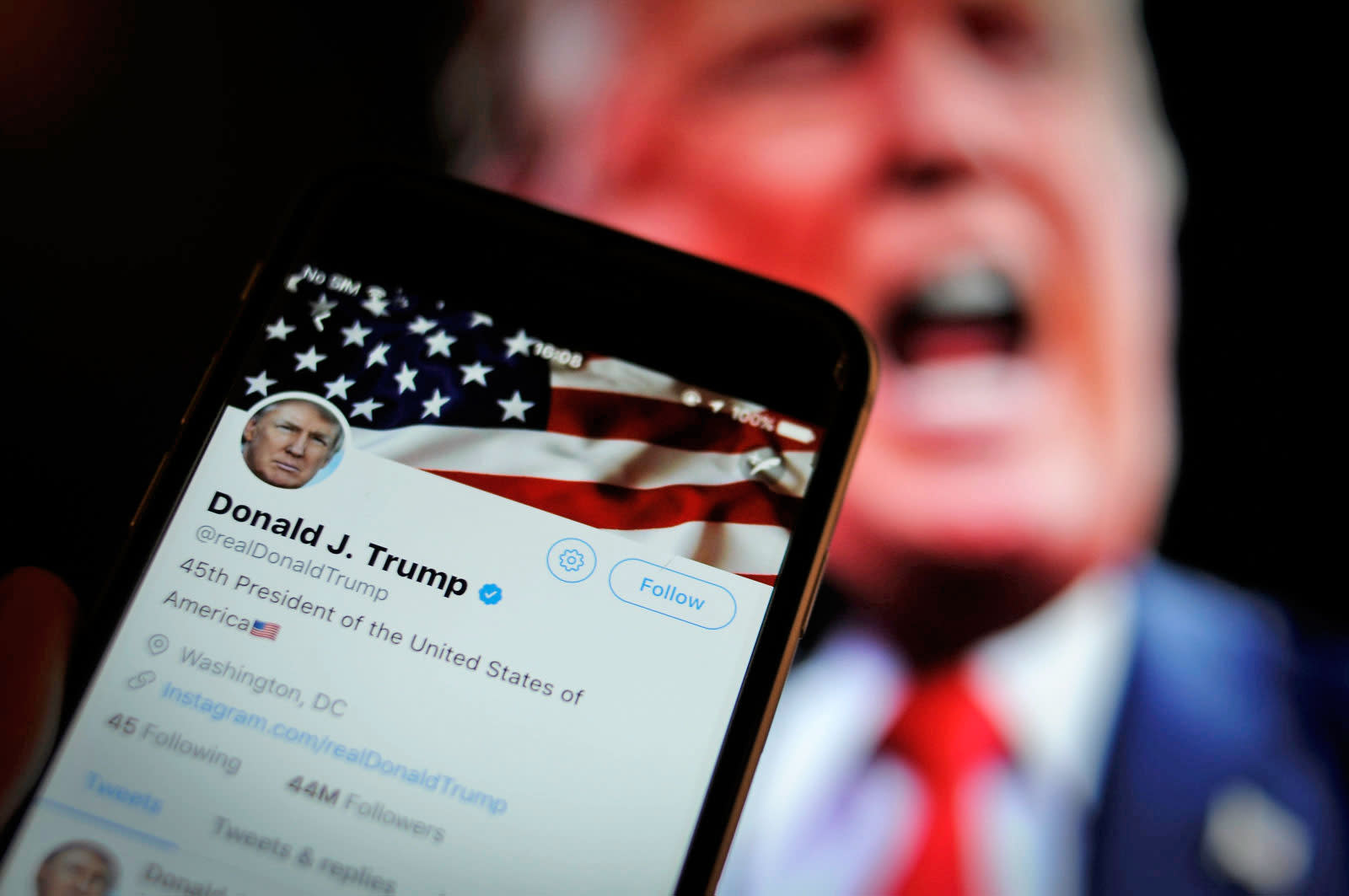 In a blog post today, Twitter made an attempt at clarifying its stance on how political figures and world leaders use its platform. Many have called for the site to block Donald Trump as he has repeatedly tweeted violent and threatening posts, and Twitter has often stumbled through its explanations of why it hasn't done so. In its post today, the company says that blocking leaders or deleting their tweets would ultimately limit important conversations. "Blocking a world leader from Twitter or removing their controversial Tweets, would hide important information people should be able to see and debate," it said. "It would also not silence that leader, but it would certainly hamper necessary discussion around their words and actions."

In other words, it won't be banning Trump. The president has come under fire multiple times for things he's tweeted including violent anti-Muslim propaganda videos and threats against other countries. Color of Change just released a new petition today calling for Twitter to remove Trump's account. Following the president's retweeting of violent videos, Twitter initially responded to inquiries as to why those were allowed to remain up by saying some videos can if they are newsworthy or of public interest. It later changed its position, explaining that the videos didn't violate its policy.

In today's post, which never directly mentions Trump, Twitter also noted that it works hard "to remain unbiased with the public interest in mind," and that "no one person's account drives Twitter's growth, or influences these decisions." A comment that seems to be a response to accusations that it keeps Trump around for the clicks. "We review Tweets by leaders within the political context that defines them, and enforce our rules accordingly," it said. "We are working to make Twitter the best place to see and freely discuss everything that matters. We believe that's the best way to help our society make progress."

In this article: abuse, ban, DonaldTrump, gear, HateSpeech, internet, politics, twitter
All products recommended by Engadget are selected by our editorial team, independent of our parent company. Some of our stories include affiliate links. If you buy something through one of these links, we may earn an affiliate commission.